Renderings based on a Samsung patent show Pro Sound speakers

Samsung has faced challenges with its Galaxy line of smartphones over the years. A new patent has turned up that shows Samsung is considering adding a speaker resonance chamber to future Galaxy devices. This design would significantly increase the sound quality of audio coming out of the phone’s internal speakers.

The design uses a flexible screen that can partly fold forward and protrude out of the smartphone chassis slightly. The movement creates space in the housing that functions as a resonance chamber for the speaker. When high-quality sound isn’t needed, the screen would be flat in the chassis.

Samsung filed the patent with the World Intellectual Property Office titled “Electronic device having expandable internal space.” The document spans 35 pages and was published on October 15. The housing of the smartphone has front and rear panels with all components placed inside. One or more loudspeakers could be placed directly under the front panel along with a microphone, camera module, and other sensors.

Those components would move with the front panel and the flexible screen. Only the top section of the screen would make the inward folding movement leaving the main housing flat in its original position. It’s worth noting that the renderings seen here are based on the patent but are not official Samsung images. It could look very different when and if the technology outlined in the patent is ever put into a smartphone. 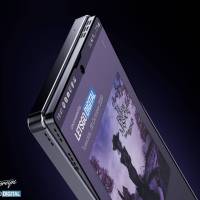 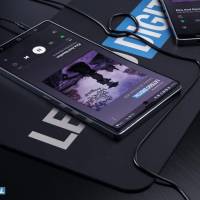 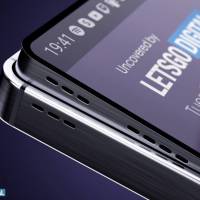 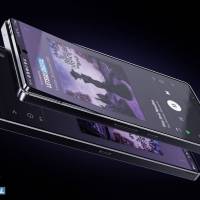 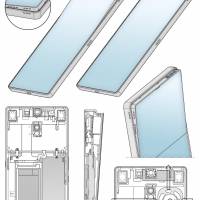 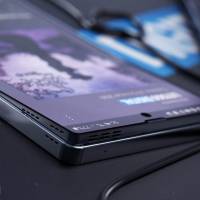 The patent verbiage does mention the use of a plastic polymer display, which would be similar to what the Galaxy Fold uses. However, if such a device ever comes to market, it could use the Ultra Thin Glass type screens used in the Galaxy Z Flip and Z Fold 2. The patent does describe speakers divided to the left and right to produce optimal sound, and a cooling fan is fitted inside to dissipate heat. Another interesting tidbit to note is that the patent says the screen would operate with a stylus, something not possible on Samsung’s folding displays thus far.