It’s always cool to see what designers think will be the vehicles of the future. Renault recently held a contest to design the car of the future at DesignJunction 2017. This year the emphasis for the car’s design was on electric power, autonomous driving, and connected technologies. The participants in the contest were MA Industrial Design students and were judged by Anthony Lo and Nick Rhodes from the Renault senior design team.

The three top placers in the design contest were Stephanie Chang Liu with her Flo design featuring three differently sized vehicles depending on need. Tuna Yenici placed with his Vue vehicle and Yunchen Cai had a vehicle called The Float using Maglev tech rather than wheels. Cai and The Float won the contest and spent two weeks at the Renault design studios in Paris during the summer.

Renault gives some details on each of the concept. The Flo with the three different sized vehicles has one for freight transport, on for personal transport, and one for shared transport. It’s seen as a bus or taxi of the future. Tuna Yenici created Vue concept inspired by the relationship between owners and pets. 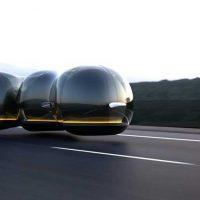 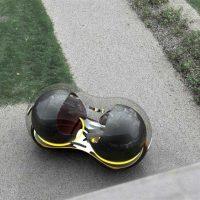 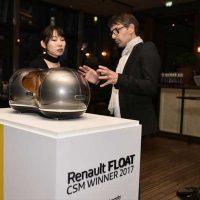 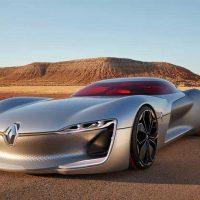 The Float is the winner and is meant to look like a bubble in transit. It uses Maglev technology and has a transparent glass exterior with silver seats. Maglev is a real tech, albeit far from use for cars on highways. Tesla is using Maglev tech for its Hyperloop that runs at high speeds. The Float is also designed to be non-directional allowing it to move in any direction without turning around.

The design supports pods for one or two people and multiple pods can be attached using a magnetic belt around the exterior to allow multiple people to travel together. The Float has bucket seats and sliding doors making it easy to get in and out. The Float would work with an app allowing rentals as needed as you might hail a taxi today.