This week the folks at NVIDIA have teamed up with BRIDEA and NCsoft to bring a twisted first person shooter by the name of Renaissance Blood THD for Android devices working with Tegra 3 quad-core processors. This game sets you up with a crossbow, a spiked mace, and what’s essentially a steampunk machine gun. You’ve got infinite arrows, a limited amount of bullets, a strong arm, and hall after hall of gladiators, mummies, machine/man hybrid beasts that want nothing more than to cut you down and devour your flesh.

This game has been built using Unreal Engine 3, this meaning for you that it’s not going to be skipping or jumping around on you and certainly will bring as much heat as the Tegra 3 can manage – and that’s quite a bit. The storyline is one which, as the games creators note, “science and alchemy set the rules”, and where you must find many sheets of Leonardo da Vinci’s “final blueprint.”

Aside from that, we challenge you to figure out where this storyline picks up and leaves off, because we sure don’t get it. The important part is that the game is entertaining, and for a first person shooter on a tablet, it definitely is that. This game has been cut down to the basics as far as gameplay options go, with volume and controler size being your main options, and you’ll find that you’ve got three levels of difficulty as well as several levels which you must unlock. 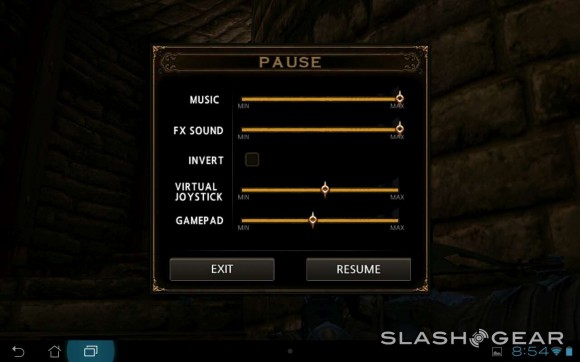 You’ve got your trusty crossbow with infinite arrows with relatively quick reload, your machine gun which can go through your whole ammo supply without stopping, and your mace which, if you can time it right, has a one-hit-kill for all monsters (bar the bosses.) If you’re no good at aiming, you’ll be relying on your armor first, then the blood you’re filled with. Once you run out of that, you’re done for. 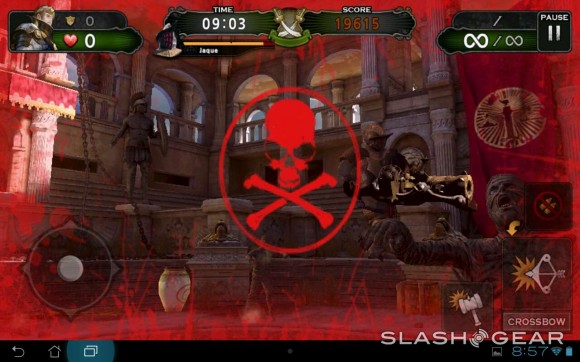 You can pick this game up through the TegraZone and on the Google Play App Store for $3.99 right this moment. It’s worth the cash – grab it now! 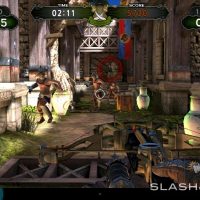 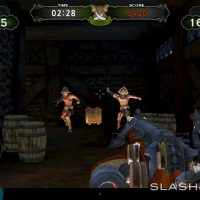 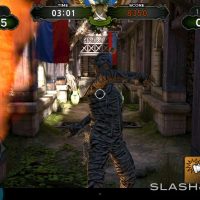 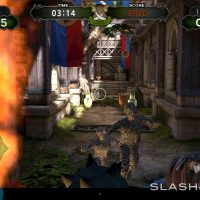 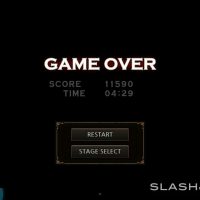 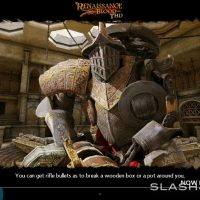 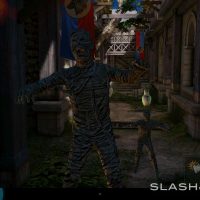 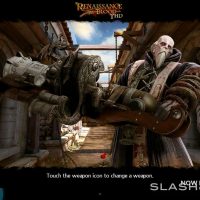 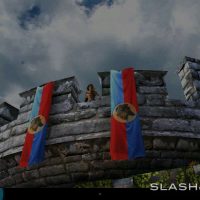 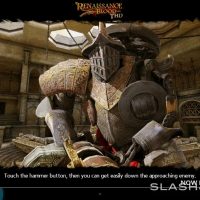 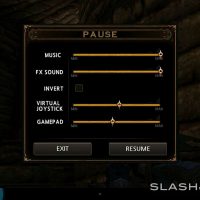 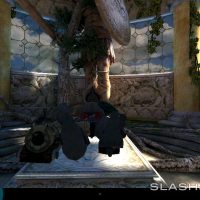 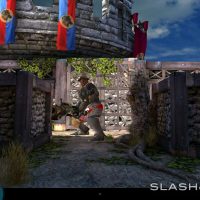 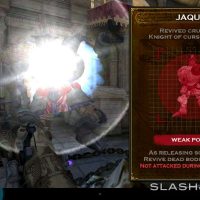 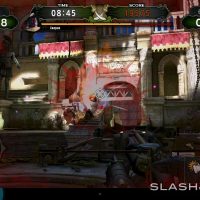 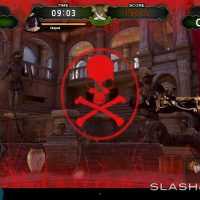