Yes, you read that right. As if it weren’t bad enough to be faced with ads no matter what corner of the Interwebs you go, HTC has decided that you should also see them in almost all screens of your smartphone. HTC has just pushed out an update to the Touchpal keyboard that it uses by default on some of its smartphones, like last year’s HTC 10, that puts very visible and obnoxious ads at the very top of the keyboard, which means you get to see them all the time.

To give blame where blame is due, the intrusive update didn’t come from HTC itself but from Touchpal, which is a third-party keyboard available for anyone who’d like to try and some OEMs besides HTC do so. It is the default installed keyboard on the Lenovo Yoga Book (Android edition). While some users swear by the keyboard’s features that make it easier to type correctly using onscreen keyboards, now most users will swear at it for those ads.

That said, HTC is not without fault here. After all, they are the ones who chose to partner with Touchpal and are guilty of letting the ad update through, whether by commission or omission. And since they are the customer’s first recourse, users will naturally blame them or come to them for solutions or both. And HTC’s response has only managed to rile up users even further.

As if implying that they’re totally fine with the Touchpal update, HTC’s “fix” is to tell users to just uninstall the latest update the to keyboard. On the one hand that is an easy thing to do. On the other hand, it does means that users will have to remain stuck on that older version of the keyboard, which could also leave them open to experiencing bugs that may be fixed in future versions. 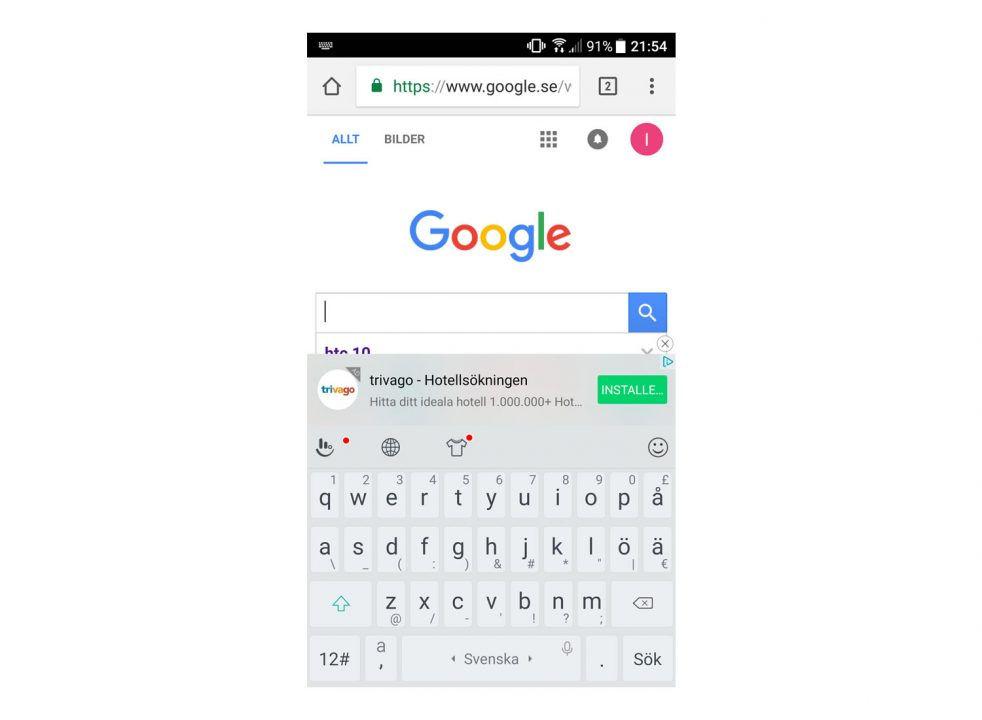 It’s not the hard to go back to that old version:

1. Go to the Settings app and look for the Apps settings
2. Scroll down to find the Touchpal app and tap on it to see its details.
3. Since it’s a built-in app, there is no option to Uninstall it. Instead, you will see an Uninstall Updates button in its place. Tap on that and accept the warnings.

Fortunately, it is too easy to install other keyboards on Android, including Google’s own Gboard. It is, however, still a terrible first experience for users who really just want to be able to type in peace, without being bothered by ads. Not to mention the potential privacy issues such ads might raise.

UPDATE: HTC has reached out to us with this statement:

“Due to an error, some HTC customers have reported seeing ads on their phone’s keyboard. This is absolutely not the experience we intended, and we’re working to immediately fix the error and remove the ads as quickly as possible.”

While it’s definitely plausible that this was an innocent error, it has already turned into a PR mess due to the delay in HTC’s response. More worrying, however, is the thought that such an invasive change slipped past HTC or that it allowed it to go through, despite being “not the experience we intended.” Hopefully this is the first and last time such an unintentional misstep happens.