We live in a somewhat schizophrenic digital age. On the one hand, the pull of the paperless workplace or classroom is irresistible. On the other hand, the psychological and practical benefits of writing with pen and paper are hard to dispute. For years, modern users have been torn between this digital and analogue dichotomy. The answer, however, might be upon us, if reMarkable is to believed. Putting out digital device of the same name, the reMarkable tablet is, in a nutshell, an e-ink reader you can write on. And it is as conflicted as the problem it tries to solve.

Many have tried to bridge that gap in different ways. There are, for example, stylus-enabled tablets like the Microsoft Surface Pro or Apple iPad Pro, but these don’t capture the long-lasting and “always available” feel of paper. On the other end of the spectrum are products like the Wacom Bamboo Slate, which basically record your analog strokes and digitize them. You still end up with paper waste and it doesn’t really work without the paper.

E-paper or e-ink has always been touted as the closest to paper as you can get. At least for reading. Power consumption is extremely low but refresh rates are just as low, which is terrible for something you want to capture your writing. reMarkable’s solution is a new type of proprietary e-ink display that it simply calls “CANVAS”. In addition to a faster refresh rate to catch up with your doodles, CANVAS also supports over 1,000 levels of pressure, just like real pen, or pencil, and paper. 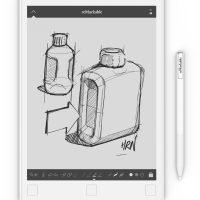 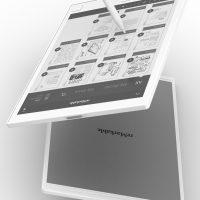 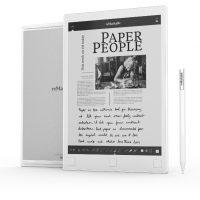 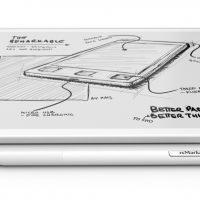 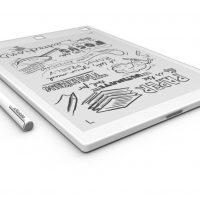 In terms of hardware, reMarkable might sound unremarkable. You have a 10.3-inch tablet that weighs 350 g, which is going to feel larger and heavier than most analog notepads. There’s a 1 GHz processor inside, 512 MB of RAM, and only 8 GB of storage. And it only supports PDFs and EPUBs for now, though that could be expanded later on.

If you’re greatly disappointed by the device, then you might be missing the point of reMarkable. It’s not going to replace your iPad or Surface Pro. It doesn’t even hold a candle to a Wacom display tablet. It could replace your Kindle, except for the portability part. What it offers, instead, is a way for you to annotate your documents, take notes on your textbooks, doodle some notes in class, or even make some rough sketches.

Many, however, might indeed miss that point, especially when they take a look at the price. For that near-authentic pen and paper feel, reMarkable is asking for $379. And that’s with a 47% pre-order discount. When the tablet officially launches, it’s going to cost a whopping $716. That’s $529 for the tablet, $79 for the Marker stylus, and $79 for the Folio cover. Some might, indeed, just stick to paper.