Redmi, the sub-brand of Chinese phone maker Xiaomi, will be holding a special event in Beijing on Monday, March 18th for its latest device, the Redmi 7. Set to be the manufacturer’s next budget-friendly model for the Chinese market, the Redmi 7’s specs have appeared on the Geekbench database, offering an early look at what to expect.

While the Redmi 7’s benchmark listing confirms a number of expected and previously revealed specs, the exact processor used is still a mystery, unfortunately. Geekbench lists the Android headset as using Qualcomm’s “msm8953” chip, which would correspond to the Snapdragon 625. Previous leaks have indicated the Redmi 7 would feature the slightly more powerful Snapdragon 632, and there’s a chance that might be accurate, as we’ve seen Geekbench mix up the chips before, like with the Motorola G7 listing.

Moving on, the phone received a 1,219 score in the single-core category, and 4,197 in the multi-core test. These scores are from a Redmi 7 variant that has 4GB of RAM, which corresponds to the high-end model. 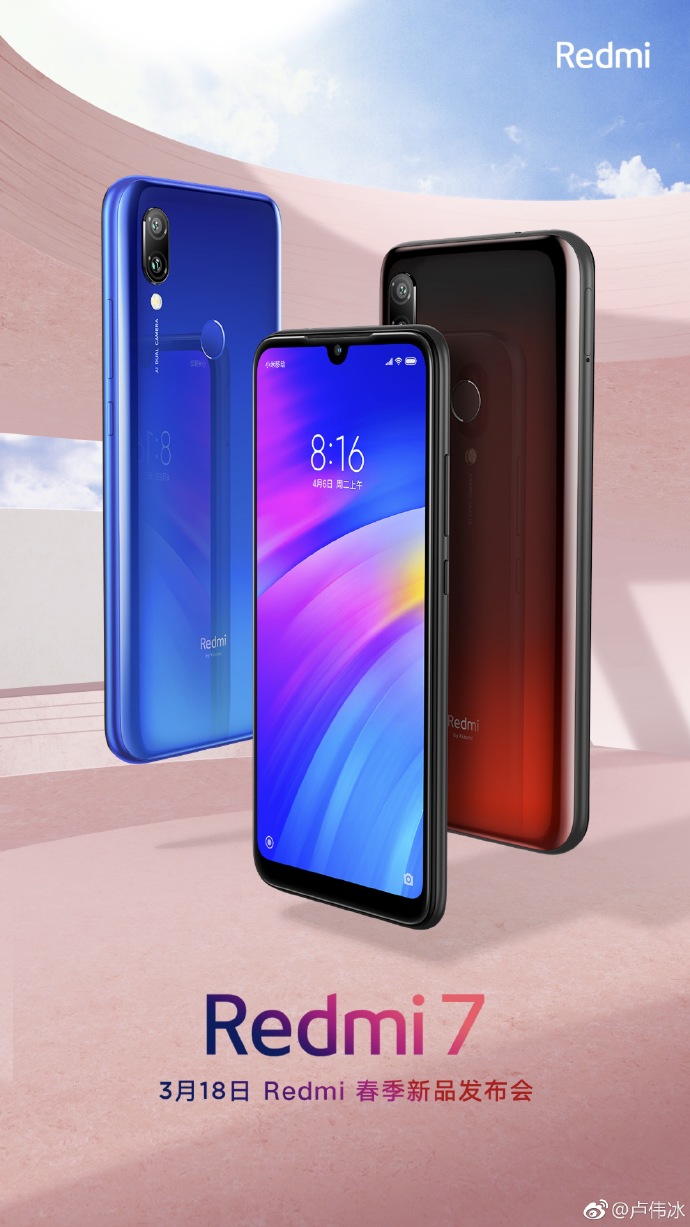 When it’s officially unveiled in the next day, the Redmi 7 will feature a 6.26-inch display with a HD+ resolution. At the top will be teardrop-shaped notch with a 8-megapixel front-facing camera, the rear will have a fingerprint sensor, and powering the device will be a 3,900mAh battery.