Hot on the heels of its mid-year 2016.5 refresh, the Mazda CX-5 compact SUV has been given a more comprehensive redesign for the 2017 model year. Most of the changes will be familiar to anyone who has been keeping pace with the development of other members of the Mazda line-up – notably the Mazda3 – so it’s instructive to think of the new CX-5 as more of an accumulation of the best of what the brand has to offer, rather than a significant step away from the familiar. 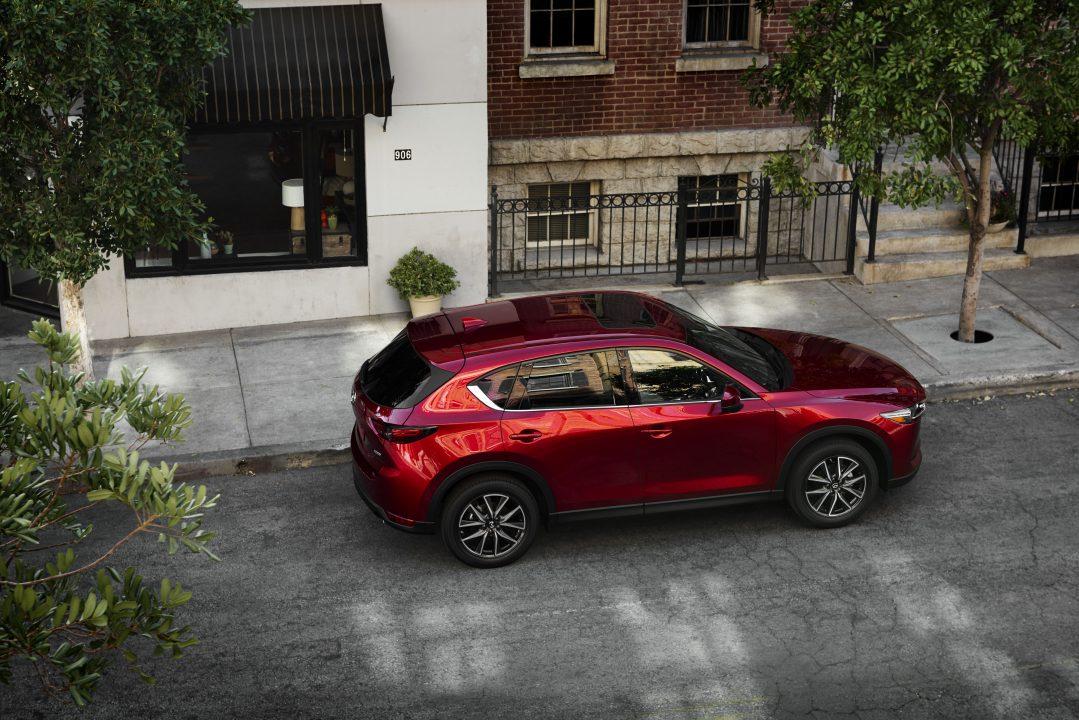 Visually, the 2017 Mazda CX-5 doesn’t stray far from what current owners are used to, and if anything the updates made to the compact hauler bring it closer in line with what can be found on the recent full-size CX-9. Sightlines are improved from the driver’s seat, thanks to a decision to move the A-pillar rearward, and the interior also draws from the CX-9 playbook, albeit without the same level of luxury found in the higher end editions of the larger people mover. The head-up display is now capable of delivering navigation info, while the 7-inch infotainment screen at the center of the dash has seen its resolution improved – and there’s a smidge more cargo room, too.

Under the hood, the Mazda CX-5 continues to offer a choice between 2.0-liter and 2.5-liter four-cylinder engines, with a six-speed manual and a six-speed automatic on-hand to row through the gears. The specter of a turbodiesel engine hangs over the North American market, with uncertainty over Mazda being able to federalize it from an emissions perspective having kept the engine locked out of the U.S. in the past. The CX-5 aims to change that by adding a Skyactiv-D engine to the crossover’s line-up by the middle of next year.

So far there hasn’t been any discussion about how much power any of these motors will make, although if they carry over unchanged from 2016.5 the rungs of the ladder will be labeled 155 and 184 horses, respectively. The diesel also remains an unknown, although internationally the unit has been rated at over 300 lb-ft of torque. All-wheel drive remains on the table, as does a six-speed automatic transmission that is available across the board, and there’s a chance that the older model’s six-speed manual will be granted a stay of execution by the 2017 CX-5 as well.