Reddit made an announcement today that will likely cause some controversy among its massive community. Reddit’s native video platform is going live across the entire site in an expanded beta test. Previously, the Reddit video player was only available in around 200 communities as part of a limited testing phase.

On the one hand, having an in-house video player makes it easier to upload and post videos to Reddit. On the other, reactions to the actual quality of that video player have been a mixed at best, with comments criticizing the player usually getting a lot of upvotes in threads where it’s used. In fact, this frustration is even on display in one of the videos Reddit shared to its blog post today, presumably as an example of what it’s video player is capable of.

On the video “Small Heart Attack,” which was shared to the /r/videos community 13 days ago, the top stickied comment is a YouTube mirror link shared by a moderator so users don’t have to deal with the Reddit video player. The comments replying to that mirror state it plain: the Reddit video player needs a lot of work before it will be a solid replacement for YouTube. Still, Reddit is pushing forward with this roll out, and it has good reason to do so.

After all, rolling out an in-house video player means that people will be sent to third-party sites like YouTube less often. This, in turn, means that they stay on Reddit longer, potentially bumping up advertising revenue and increasing engagement. Reddit also has the potential to run pre-roll video ads on videos using its native player, though to be fair, it doesn’t do that just yet. 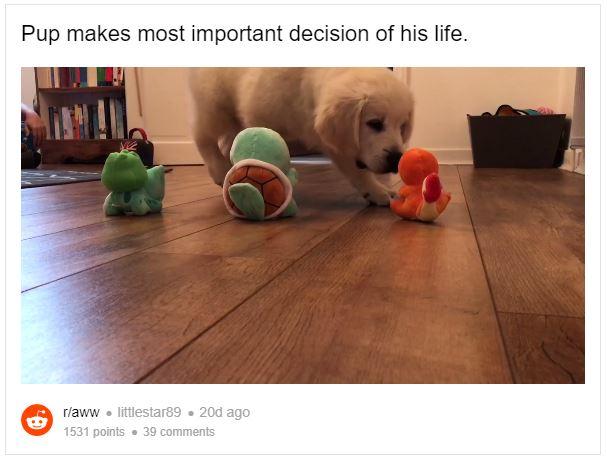 Still, assuming Reddit can iron out the kinks in its video player, it could be a net gain for users as well, as it allows them to upload videos from within the Reddit app. MOV and MP4 files are supported, and it’s even outfitted with a native converter that allows you to turn MP4 files into GIFs. As you scroll through comments on a Reddit post, the video stays at the top of the screen, allowing you to view reactions as the video plays.

Uploading a video using the new player is a fairly straightforward process as well, and if you’re on mobile, you can even record video through the Reddit app itself. Here are the steps you’ll need to follow to upload videos from both desktop and mobile:

We’ll see how Reddit’s video player evolves now that it’s entered into large scale beta. Just as well, it’ll be interesting to see what it does to decrease the reliance on other sites like YouTube. For now, head down to the comments section and tell us what you think of Reddit’s in-house video player.