Reddit Talk is the latest to jump on the Clubhouse train

You know that Clubhouse is big when something bigger tries to follow in its footsteps and you can’t get any bigger than Facebook when it comes to social networking. Although it wasn’t exactly a 1:1 rival, Facebook isn’t the only one trying to join the social audio bandwagon. There are also some unlikely new contenders and it seems that Reddit, better known for being an Internet forum, has taken the plunge with its own spin on an audio chat platform.

Although it started out mostly as a place where people can discuss news items, Reddit has grown to encompass almost any type of discussion on the Internet, practically taking the place of forums and old bulletin board systems or BBS. Most of the discussion happens asynchronously though the network has recently been adding more real-time forms of communication.

Unsurprisingly, its latest attempt focuses on audio-only conversations. Labeled Reddit Talk, the feature gives a new spin to existing systems like the AMA or Ask Me Anything events that Reddit popularized. Of course, it can also be used for almost any purpose, at least within the rules of Reddit’s communities.

Unlike the likes of Clubhouse, Reddit Talk is still based around communities or sub-Reddits and, at least for now, only moderators can actually start a Talk. Any Reddit user, however, will be able to join and listen. They can also “raise their hand” if they want to talk and the moderator can decide whether to enable audio for that user. 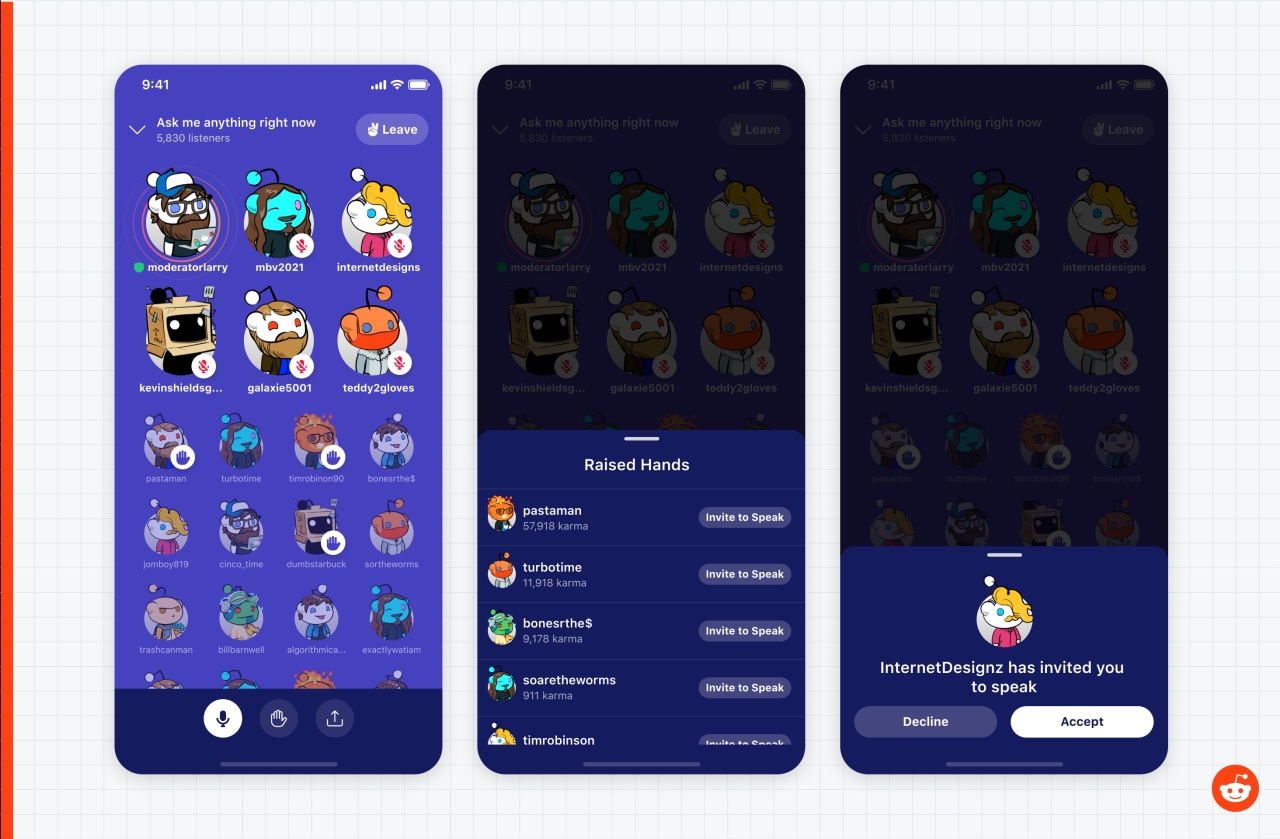 Reddit Talk is available only on iOS and Android but, at the moment, you’ll have to add yourself to the waitlist. It will definitely be interesting to see how this experiment turns out, given how Reddit has its fair share of scandals and problems related to inappropriate and sometimes illegal user behavior and content.