Reddit finally gives Android users an app to call their own

Like it or not, and some might indeed not, Reddit has become the hub of anything and everything that happens on the Internet, as well as some outside of it. It has supplanted the likes of the notorious Slashdot, boasting of a 200 million strong user base. Given its strong ties to tech and how fast it gets whiff of trends, it’s a bit puzzling that Reddit doesn’t have an official Android app. That, however, changes today as Reddit proudly launches its own Android app, built in-house and designed with Android users in mind.

To be fair, Reddit does have a mobile app. Or rather, to be precise, it acquire Alien Blue and blessed its app as the official Reddit mobile client. Problem was, that app was purely iOS and for iOS only. With Reddit being known for users that are rather passionate about their favorite tech and gadgets, one could only imagine the discontent growing from Reddit’s Android community.

Again, a surprising situation considering Reddit itself admits that about half of that 200 million browse the site through their mobile devices. Reddit may have been able to delay the inevitable for sometime by making sure that their website usable on a mobile web browser. Indeed, Reddit has designed its mobile website to make it feel like you’re actually using a mobile app. Except one with browser user interfaces and idiosyncrasies.

Still, nothing beats a native mobile app, especially in terms of speed, platform integration, and deep features. Those are precisely the promises that Reddit’s Android app makes. Unlike the previous “official” iOS app, which is based on the work done by Alien Blue, Reddit boasts that the Android app is all built-in house. It features all your Reddit staples like inline images, simplified navigation, and even a dark theme. In fact, Reddit also takes the same “build from the ground up” path for the new iOS app, also launching today.

This clean break from pre-existing app codebase and architecture will serve as the foundations for future updates. For now, Reddit is being coy about what it has planned for those. Download the new official Reddit app for Android as well as for iOS for free. 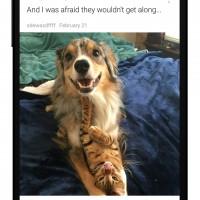 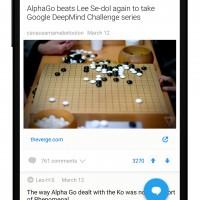 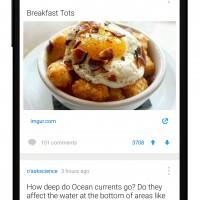 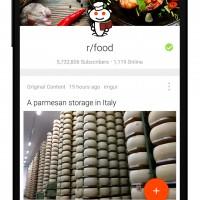 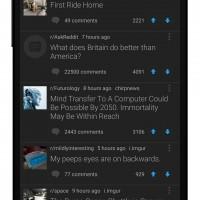