Redact It has me thinking anti-spoiler social network

We live in a cruel world, a world where people find joy in spoiling story endings for others on the internet. They see a movie on release day (or worse yet, pirate a movie), turn around and spew the ending of said movie on the web. Today I’ve been shown a tool that could mitigate internet-based spoilers in a big way. Let me turn your attention toward Redact It.

The state of the spoiler-laden Internet

Picture it: July 16th, 2005. A brand new book is released called Harry Potter and the Half-Blood Prince. It was on that day – that morning, for quite a few people, that the book was out, and read, too!

It wasn’t long before one of the most major plot points from the book was spread across the internet like some sort of stinky jelly. People thought it was SUPER funny to spoil the ending of this book for those Harry Potter fans not fast enough on the read to find the secret for themselves.

Redact It is a Chrome extension, for the moment. The creator of this bit of coding was Elvin Hu, a developer with a burgeoning set of projects at which you might also want to take a peek.

Redact It was conceived as a sort of living art project after the Mueller Report was released. “Bill Barr decided what the American people could see or not with his redactions in the Mueller Report,” wrote Elvin Hu. “If you could selectively censor things on the Internet, what details might you hide?”

With Redact It installed, any text you highlight can then be blocked out with a black box. Just like we’ve got that Executive Privilege like a President, or something. 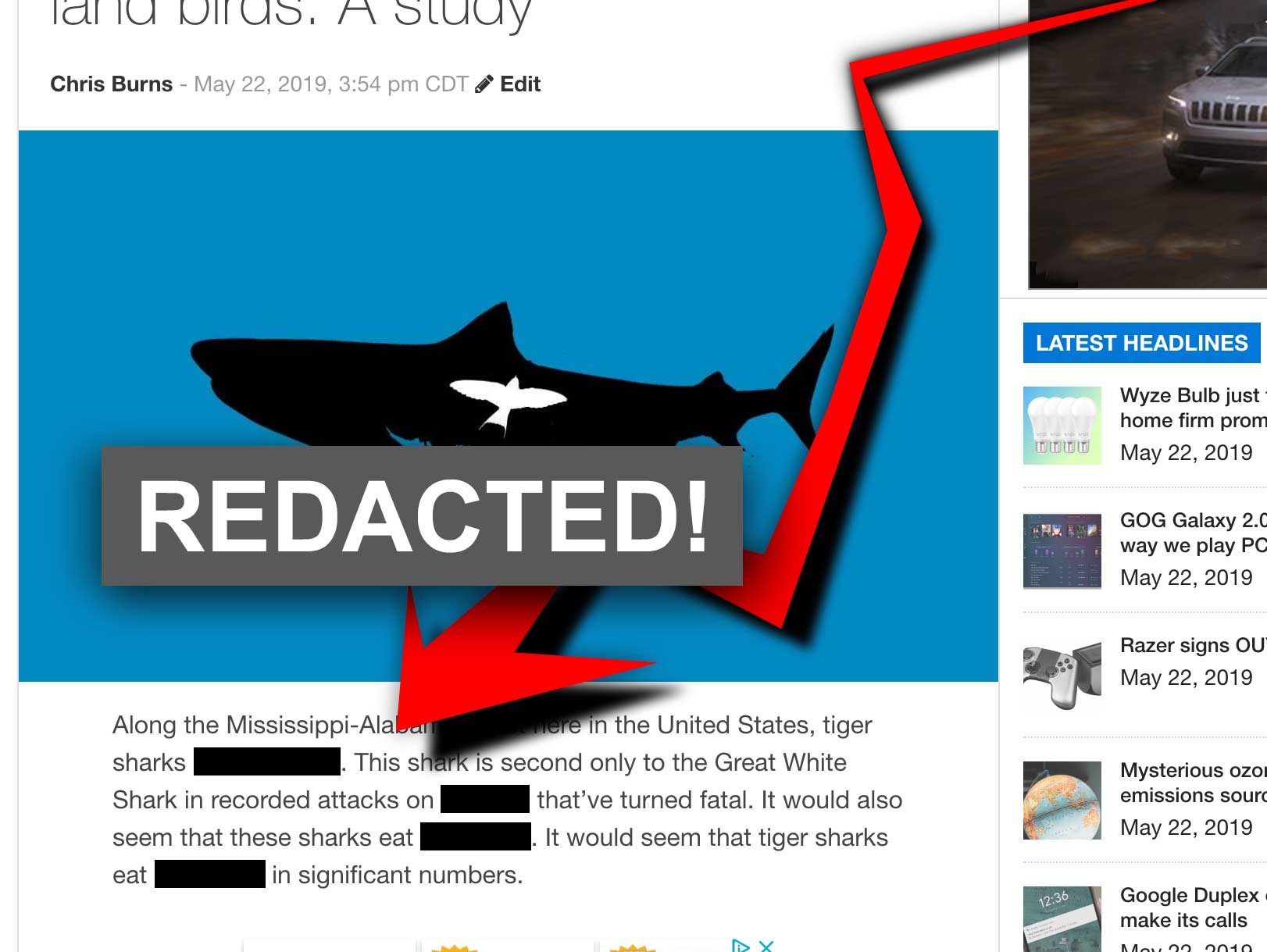 On the internet, with Redact It, we seek out all the spoilers. Inadvertent spoilers just as much as intentional, malicious spoilers. We find them, and we redact them. As long as everyone who’s aiming to avoid spoilers has the Redact It extension installed, they should be able to successfully avoid spoilers – assuming the Redact It anti-spoiler warriors do their job to the nth degree.

There’s obvious room for mis-use of this extension by the same sort of people that’d otherwise be dropping spoilers to movies and books, left and right. But that’s part of the notion that gave birth to the project. In that way, it’s a really great statement on redactions in general, in all documents of all sorts.