RealPlayer for Android released from Beta for media supremacy

It’s time for the folks at RealNetworks to release their most recognized brand, RealPlayer, for Android devices around the globe. While this app relies on the surface on its brand name, once we got our hands on it this week (just a bit earlier than the rest of the Android universe) we found it to be surprisingly well-rounded and worth the effort, so to speak. You’ll be working with one player here for music, video, and all of your photos all at once – and it’s easy to use!

This is the RealPlayer app for Android, and “all-in-one” media player app for music, videos, and photos. This application has been available as a Beta build for some time, this week the developers of the app have delivered the final release version. Also included with this build beyond basic player capabilities is an in-app upgrade for Premium features. You can use the basic version of the player for free or you can pay $4.99 for the Premium Package. 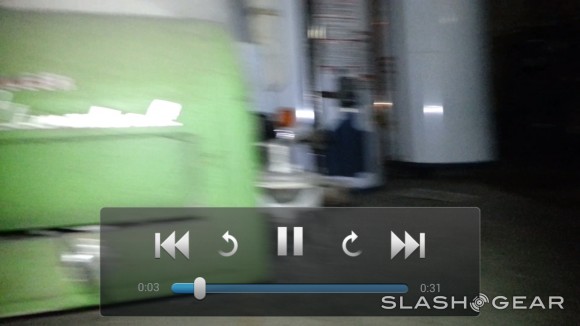 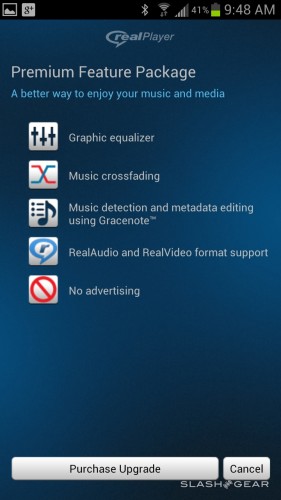 As you can see above, the Premium Package includes an audio equalizer, metadata discovery, a set of widgets for your home screens, and several other personalization bits and pieces. And for those of you out there – we’d love to hear from you – that use RealAudio and RealVideo (RMVB) – you’ll now be able to have those formats supported on Android as well. This version also takes out the advertisements present in the free version. Scott Uomoto, SVP Consumer and Helix Devisions of RealNetworks made it clear that is is no tiny release:

“This is the media player that people want. It delivers on what RealNetworks does best: helping people simplify, connect to, and enjoy their digital media. We drew on the rich heritage of the RealPlayer media platform, whic has close to 500 million users and one of the most recognized brands in media players worldwide, to make the incresingly complex world of mobile media easy to use and manage.” – Uomoto

You can get RealPlayer in the following languages, all you people of the world: simplified and traditional Chinese, Japanese, Korean, Spanish, French, German, Italian, and Brazilian Protugese. And English, of course. You can download the new updated version (Version 1.0, at last!) from the Google Play app store now – or scan the QR-Code below – grab it! 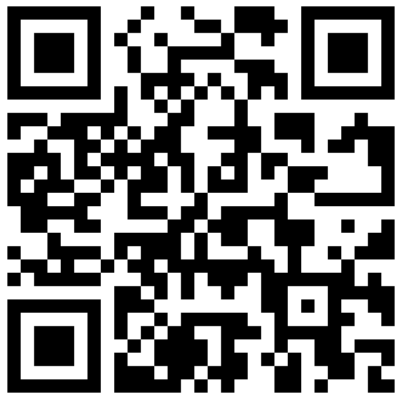