Some might not like to admit it, but Apple has always been a trendsetter, whether it actually creates new technologies or builds up existing ones. It was actually late to the wireless charging train, but its adoption provided a much-needed mark of confidence for the technology. Now it is pushing wireless charging further by utilizing its expertise in magnets to make a simple but important change, a change that has inspired Realme to push its own MagDart system to keep phones from slipping off chargers and vice versa.

The existence of Realme MagDart is really no secret by now, thanks to the company’s trademark filing in Europe and its own teaser for the event. It will most likely receive a lot of unfavorable remarks for “copying” Apple’s MagSafe, but it can probably also be lauded for daring to bring magnetic wireless charging to Android at all.

Get ready to leap to the next generation of Android wireless charging! 🧲 #realme is bringing to you 𝐌𝐚𝐠𝐃𝐚𝐫𝐭, Magnificent Magnetic Innovation, featuring #realmeFlash and much more.

The primary benefit of a magnetic wireless charging system is that you no longer have to worry about keeping charging coils always aligned. A side benefit, however, is that you can have external battery packs and accessories that simply stick to the back of a phone. This has given birth to a new range of accessories, and Realme’s MagDart Wallet is one such example. According to 91mobiles and @OnLeaks, this accessory has room for three credit cards and even features a foldable stand. 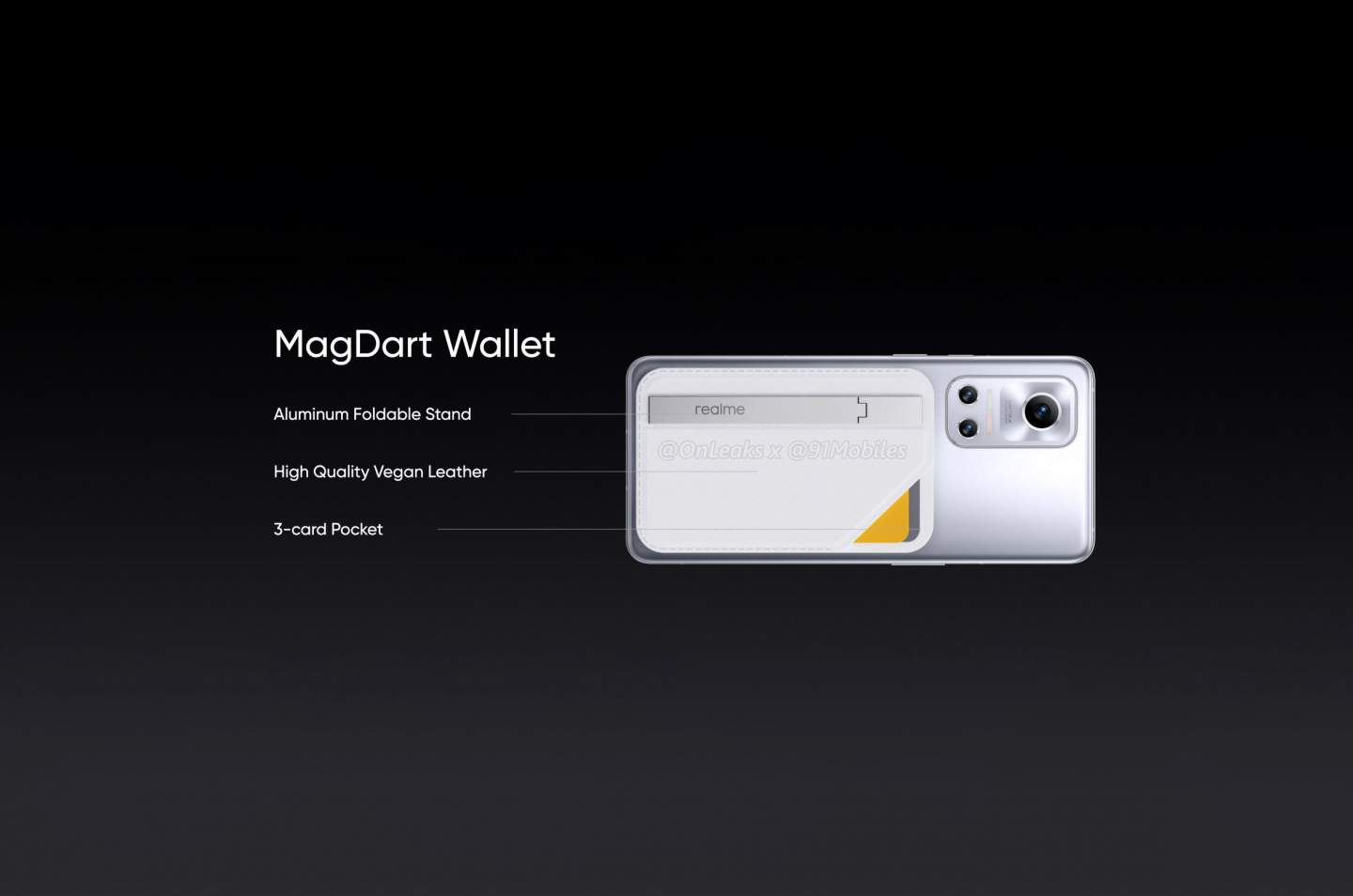 Of course, that won’t be the MagDart’s only claim to fame, at least based on leaks and teasers. Despite the novelty of magnetic wireless charging, Realme will be promising fast charging times, depending on the charger, of course. XDA’s analysis of a leaked video estimates that a Realme Flash could be fully charged in less than an hour using a 50W MagDart charger.

Realme MagDart isn’t an isolated piece of technology, of course. It is expected to first debut in the upcoming Realme Flash, whose launch date is still unknown at this point. As for MagDart itself, Realme does have a date for its own debut, perhaps sprinkling details about the Realme Flash in the process.