Rdio updated for iOS and Android with fully re-booted UI

It’s time to get smart with the developers behind the music streaming app Rdio – updated today for iOS as well as Android. This update brings on a fully redesigned user interface that’s ever-so-slightly cleaner than we’ve ever seen from the app before and will likely instill much more confidence in the system for both artists and those looking to subscribe to the pay service. Last month the team launched a Rdio Artist Program and a massive advertising campaign over the past few months to bring the app into prominence.

We’ve seen the most major billboards in Time’s Square showing off no less than the logo for this app and a blast-faced Madonna looking over the landscape. Does that make a great app? Sure, why not? And while the developers behind this app were at it, they updated the software as well – might as well! 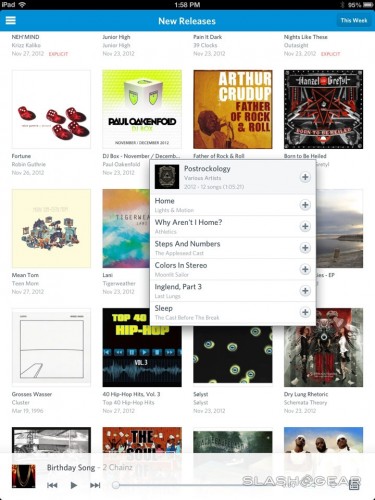 What we’re seeing here is an update that makes the app for mobile devices resemble the web browser-based environment, this bringing the whole family together for a fun party. You’ll see an extremely large back-library of artists still sticking around through this update – essentially the same as Spotify with 18 million. While it would appear, according to TechCrunch’s figures, that Spotify is the more popular of the two services, Rdio may well be coming up quick. 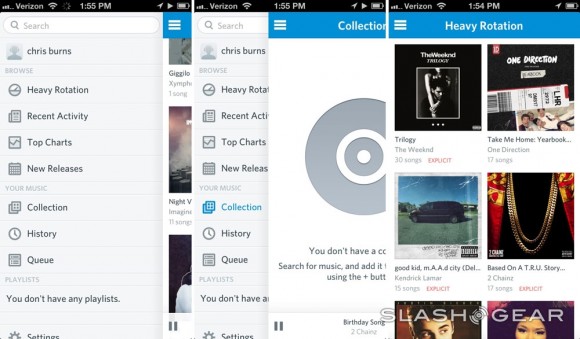 The new Rdio app update will certainly have you thinking twice about updating past that free trial you get when you first sign up. If on the other hand you’re in the mood for free music at home, you’ve got lots of choices beyond Rdio – lots with advertisements backing them up, of course. Rdio remains the same as it was when it launched all those months ago – free trial to pay-to-use only – and no advertisements anywhere. 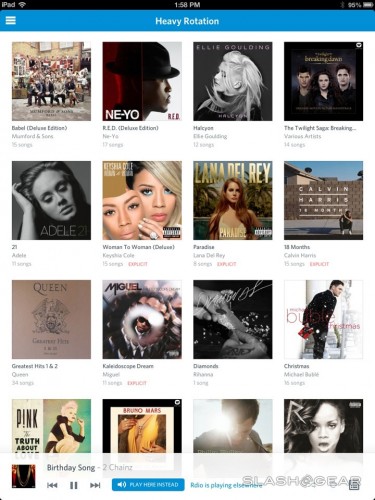 This app is available for download in the iTunes App Store now. It’s also available in a slightly different iteration for Android in the Google Play app store right this minute!