Razer Thunderbolt 4 Dock Chroma is designed to be seen

More than just the availability of USB-C and Thunderbolt 3, Apple’s decision to ditch all other ports on its MacBooks caused a surge in external docks designed to replace those ports through a single cable. More often than not, these docs are designed to either blend with laptops or disappear into the background or under the desk. Razer’s first external dock, however, is the exact opposite and the Thunderbolt 4 Dock Chroma’s signature RGB glow is meant to call attention to its presence instead.

Thunderbolt-based docks are a dime a dozen these days and the Razer Thunderbolt 4 Dock Chroma is technically no different in the connectivity options it offers. Beyond the usual SD card reader and Ethernet port for wired network connections, the dock has a plethora of USB ports to plug into. There are three full-sized USB-A ports for what Razer basically mocks as “legacy” devices and four Thunderbolt 4 ports for everything else.

The Razer Thunderbolt 4 Dock Chroma, however, has one special skill no other dock has. It has RGB lights, covering 16.8 million colors, in fact. Of course, that is the bread and butter of Razer’s “Chroma” brand, and, yes, these colors can be configured via the Razer Synapse 3 app.

Razer also launched another laptop accessory, this time the second iteration of its Laptop Stand Chroma. As you can probably guess from the name, the Razer Laptop Stand Chroma V2 also flaunts those 16.8 million colors configurable via Synapse 3. Just like the dock, it also offers some port expansions, though at a far smaller number, including HDMI, two USB-A ports, and a single USB-C port. 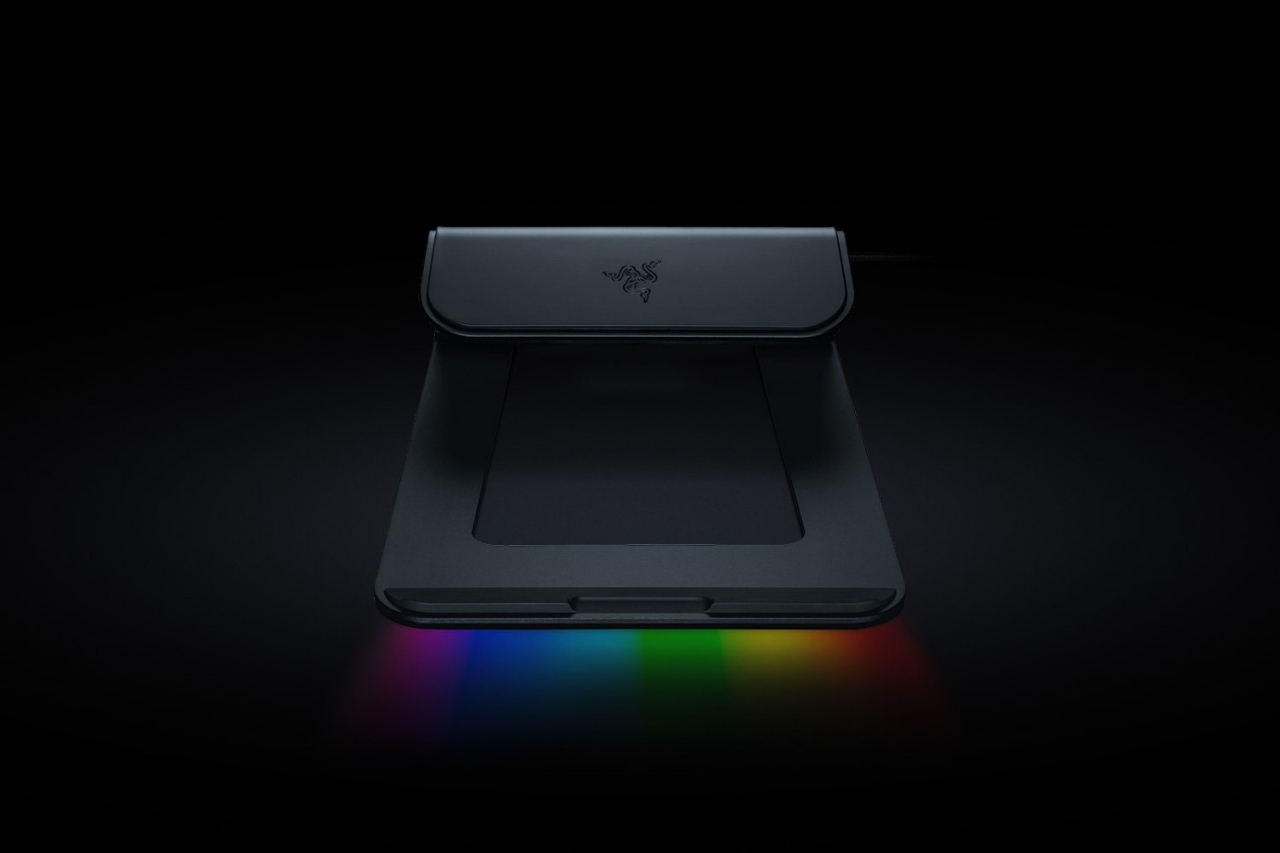