Gaming computers also make great multimedia entertainment computers. That’s because the hardware and features necessary for smooth gaming also apply to things like playing high-quality video and audio. That definitely does seem to be the case with the Razer Phone, the smartphone by gamers for gamers that has just turned into a smartphone for video buffs as well. That’s thanks to the addition of support not just for Netflix’s HDR content but, at the same time, Dolby Digital Plus 5.1 audio as well.

Netflix HDR on mobile isn’t exactly new. Several Android smartphone already support it, starting with the Sony Xperia XZ Premium and the latest iPhone 8 and iPhone X were added before 2017 ended. Given the Razer Phone’s talented display, which, among other things, can display 120 Hz refresh rates and HDR10 support, it was almost a no-brainer that the Razer Phone would eventually get premium video support as well.

Premium audio on a mobile device, on the other hand, is something practically unheard of. At least as far as Netflix is concerned. Dolby Digital Plus 5.1, specifically, is often seen only on high-end PCs. This setup, with five full-bandwidth audio channels and one low-frequency effects channel, is also standard for surround sound. The addition of this feature is pretty much a glowing recommendation on Netflix’s part of the multimedia capabilities of the Razer Phone.

In addition to flipping the switch for Netflix HDR and Dolby Digital Plus 5.1 on the Razer Phone, the new partnership between Razer and Netflix brings some added advantages on the software side as well. Or not. A future firmware update will add the Netflix app and home screen widget pre-installed on all Razer Phone devices. In other words, its first ever bloatware. And hopefully its last. 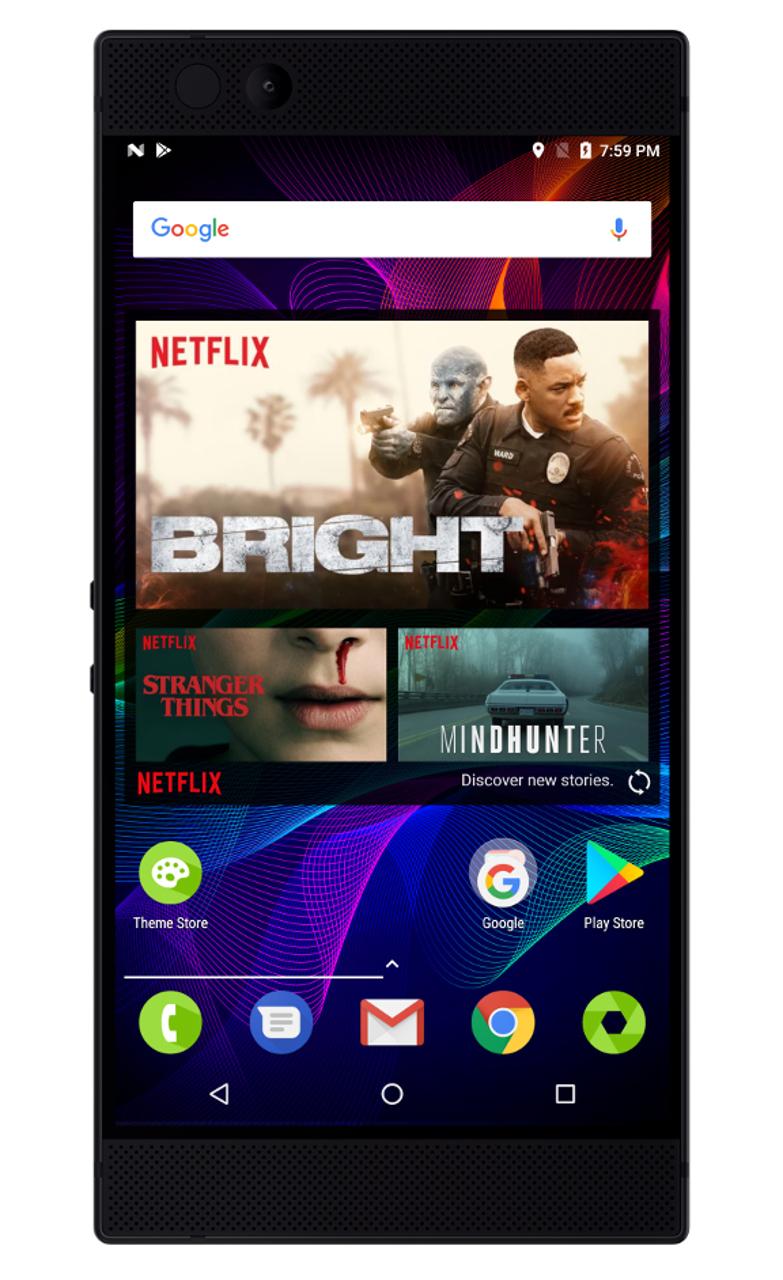