Razer Phone is going to be tough to repair

The Razer Phone isn’t exactly the most beautiful phone in the market this year, but they do say that beauty is only skin deep. In this case, however, what’s true on the outside might be true on the inside as well. After mostly survive JerryRigEverything’s trinity of durability tests, the Razer Phone is now subjected to a teardown. And while it does survive it as well, it wasn’t the smoothest ride either.

Teardowns are mostly done with a view towards putting the device back together again. In other words, to see how easy or not it is to repair the phone. While there are some cases where Razer has made it easier to take things apart, in most cases, repair and replacement is going to be a chore.

The display is happily not glued into place, but it is held down by no less than ten screws from the get go. Screws that are only revealed once you heat and peel of the plastic speaker grilles. The large battery inside has pull tabs for easy removable, except that the pull tabs break even before you can actually pull the battery. Fortunately, it’s also easy to pry it off gently. 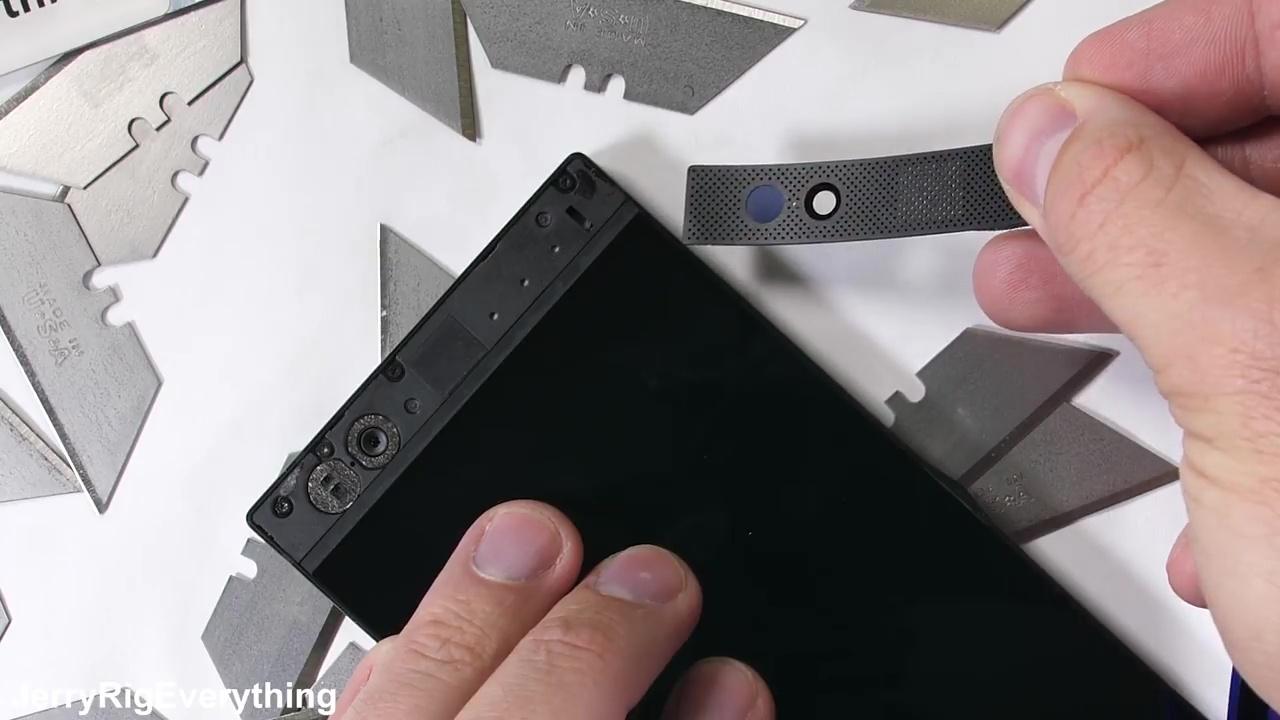 Those are the good parts. The bad parts include dozens of screws of at least two different types. There are also less than straightforward wirings. And, finally, some adhesives that are only good once. The speaker grille that covers the top speaker, for example, includes the glass for the camera lens, and you can’t easily put it back on.

Zack Nelson does note a few interesting tidbits, like the Razer Phone’s huge heat pipe that contrasts with its teeny vibration motor. All in all, the Razer Phone seems to somewhat be a mess that would call to mind the early days of custom PC gaming rigs. Which, considering this is marketed as a gaming smartphone, is almost appropriate.