Raspberry Pi Model 3 A+ is even more affordable

Earlier this year, Raspberry Pi launched a new model in its 3 series dubbed the Model 3 B+. The Model 3 B+ made a few slight improvements over its predecessor but managed to keep the same $35 price tag despite the bump up in capability. Today, we’re seeing yet another new model in the 3 series, but this time around, a few cutbacks have been made to bring the asking price lower.

Instead of the $35 price tag that comes along with the Model 3 B+, the Model 3 A+ costs a mere $25. If cash is tight or you’re buying in bulk, that $10 discount could end up being significant, but the most important question is one of compromises: what do you give up in exchange for the lower price point?

As it turns out, the cuts aren’t super significant. There’s no longer an Ethernet port on the Model 3 A+, but it still can connect to the internet through Wi-Fi. The number of USB ports has dropped from four to one as well, and RAM has been cut in half, going from 1GB in the Model 3 B+ to 512MB in the Model 3 A+. 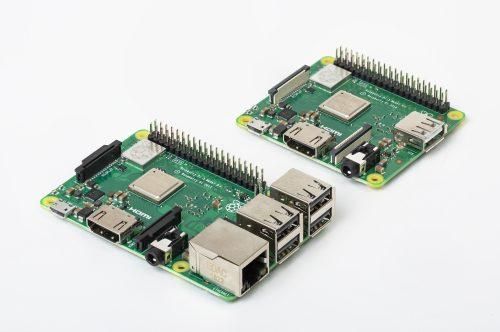 Looking at the spec sheets side by side, however, those seem to be the only real cuts. You’ll still get the same Broadcom BCM2837B0 SoC running the show, support for Bluetooth 4.2, and a full-size HDMI port. It sounds like the biggest question facing those choosing between the Model 3 A+ and B+ is whether or not they can deal with the drop in RAM.

If you decide that you can, you can pick up the Model 3 A+ from one of the resellers listed on Raspberry Pi’s store beginning today. Raspberry Pi will begin offering a case for the 3A+ around the start of December, so keep an eye out for that as well. The company said in a blog post today that the 3A+ is “the final iteration of the ‘classic’ Raspberry Pi” and that whatever comes next will “of necessity be less of an evolution.” In that case, we’ll look forward to seeing what’s next for the brand, so stay tuned.