Raspberry Pi 400 is a cheap PC inside a keyboard

One of the big challenges during the global pandemic has been finding enough space and computers for entire families to work and learn from home. One of the least expensive ways to acquire another basic desktop PC has been the Raspberry Pi. However, having to build a desktop using the developer board isn’t for everyone.

A new product has now debuted that is very similar to the Commodore 64 and other PCs of the 80s with all components embedded inside of the keyboard. The machine is called the Raspberry Pi 400. Inside it features a Raspberry Pi 4 with four gigabytes of RAM packed inside a keyboard housing.

The system is available as a Raspberry Pi 400 Personal Computer Kit that promises the best out-of-the-box experience possible. It comes out-of-the-box and is ready to connect to a TV or display. The computer kit includes the 400 computer, USB mouse, USB-C power supply, SD card with Raspberry Pi OS pre-installed, micro HDMI to HDMI cable, and a Raspberry Pi beginner’s guide. 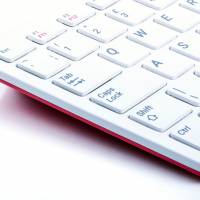 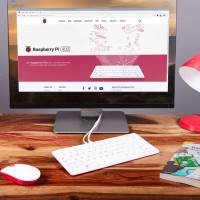 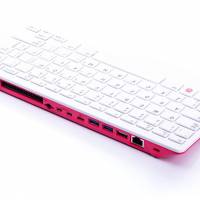 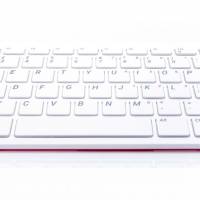 At launch, the Raspberry Pi 400 supports English, French, Italian, German, and Spanish keyboard layouts. Translated versions of the Beginners Guide are also available in those languages. In the future, the same languages supported by the official Raspberry Pi keyboard will be supported with the 400.

The Raspberry Pi 400 Complete Computer Kit sells for $100 and is available now. Those who want the computer alone can buy it for $70. The keyboard itself is very compact and appears more like a notebook keyboard than a desktop keyboard. It has no number pad and looks to be about the thickness of an average laptop. The 400 might be the perfect basic computer for a kid who needs a computer for school that won’t break the bank.