The Raspberry Pi has been quite popular at democratizing the DIY board and reinvigorating the maker culture. Since its launch, however, there have been many rivals that have tried to take a bite out of it, some perhaps more successful than others. RPi, as it is lovingly called, is out for revenge and it will be delivering it through the new Raspberry Pi 2 model B, the successor to the most recent B+ model that kicks things up a notch thanks to a new BCM2836 chip.

This Broadcom CPU has two distinct and substantial improvements over the BCM2835 of the RPi B+. First, it has quadrupled the cores, each running at 900 MHz. Compared that with the B+’s single-core 700 MHz and you have an idea of how significant that is. Perhaps more importantly, RPi says that they have also included a small tweak that allowed them to support 1 GB of RAM, double the 512 MB on the other models. More RAM equals more space for apps to run in.

RPi Foundation head Eben Upton claims that these changes pretty much make the new model usable as a PC. That’s not to say that the model B+ and the model B weren’t useful PCs already, but with these older boards, you had to make some concessions to take into account the hardware. Now you have more resources to squander. 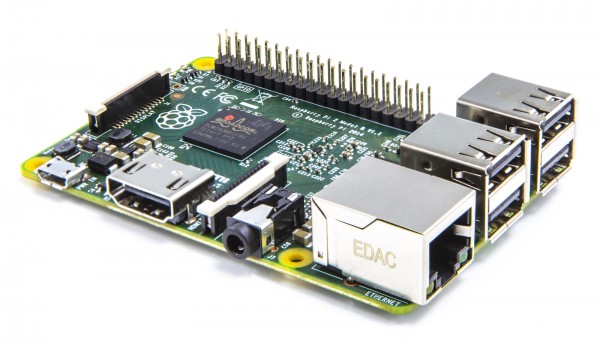 Aside from the chip change, much of he RPi 2 model B is the same as the current B+, which is good for those worried about transitioning from one board to another. In fact, the price will also be the same, that sweet $35 that endeared the RPi to many. When the Raspberry Model 2 becomes available, there will be as much as 100,000 units immediately ready to prevent the kind of backlog that it experienced in the past.

The Model B+, however, will continue to sell, as RPi believes there will still be many who will prefer to stick to the exact same hardware for the time being. There might even be a stripped down version in a Raspberry Pi 2 model A, though there are currently no concrete plans for that yet.