Range Rover has clearly had enough of stablemate Jaguar getting all the two-door fun, if the new Range Rover SV Coupe is anything to go by. Making its debut at the Geneva Motor Show 2018 today, the car – described as “the world’s first full-size luxury SUV Coupe” – starts with the automaker’s already-luxurious Range Rover, then drops the rear doors, throws in a supercharged V8 engine, and gives it the sort of interior that private jets would be envious over.

It’s the handiwork of Range Rover’s Special Vehicle Operations team, and when we say “handiwork” we’re not being coy. The SV Coupe is hand-assembled at the SVO Technical Center in the UK, and the team there won’t be making them forever. Only 999 of the cars will be made for sale worldwide. 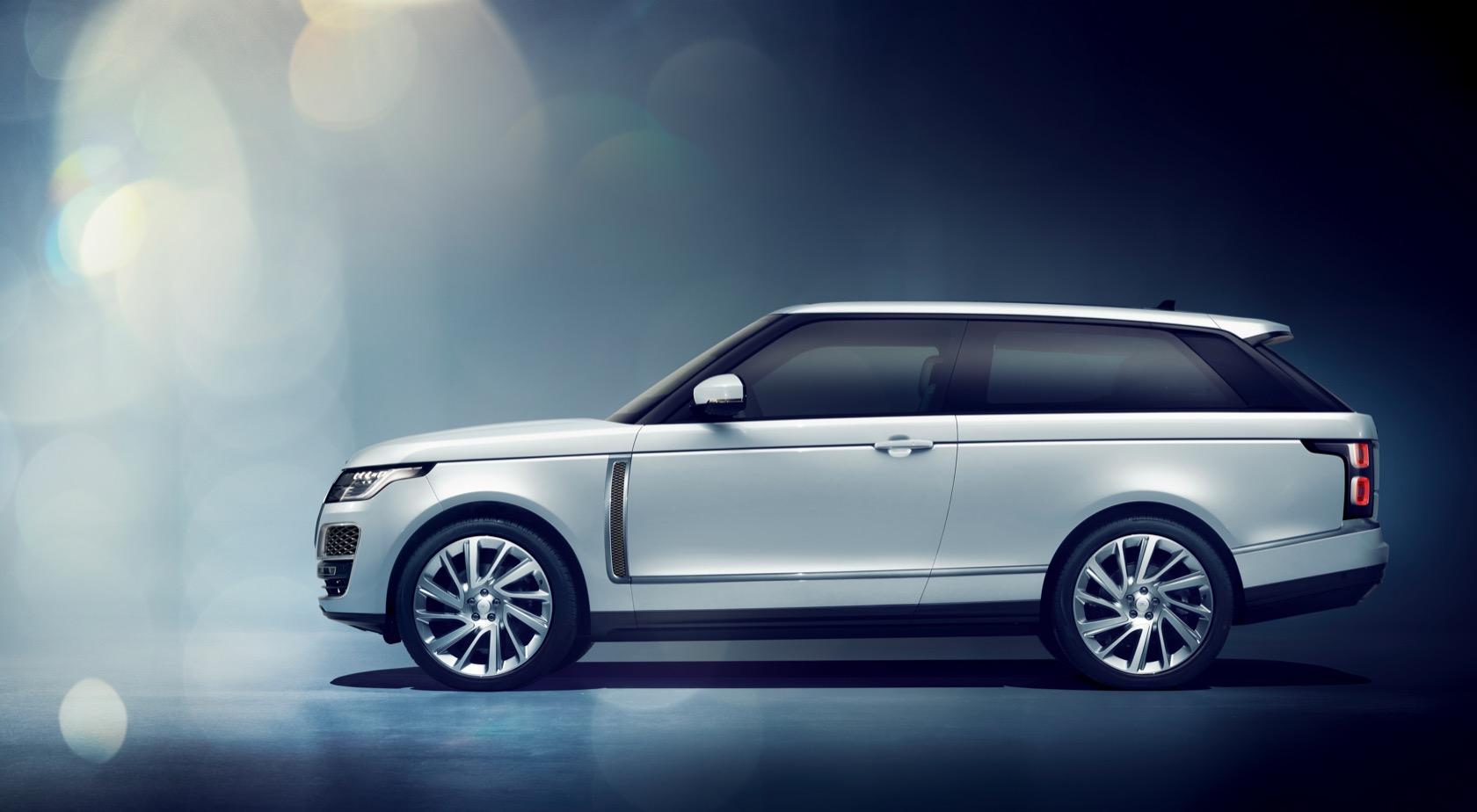 Unsurprisingly, then, it doesn’t come cheap. US pricing kicks off at $295,000, before you go anywhere near the customization options that SVO is known for. Still, for your money you’re getting a vehicle like nothing else on the road.

From the outside, it’s clearly a Range Rover at first glance, though what strikes you is the absence of the back doors. That leaves the tapering tail-lines even more distinctive, as well as the rear glass unbroken by shut-lines. The remaining doors are power-closing and have frameless glass; there’s more glass in the roof, which comes with a panoramic sunroof as standard. 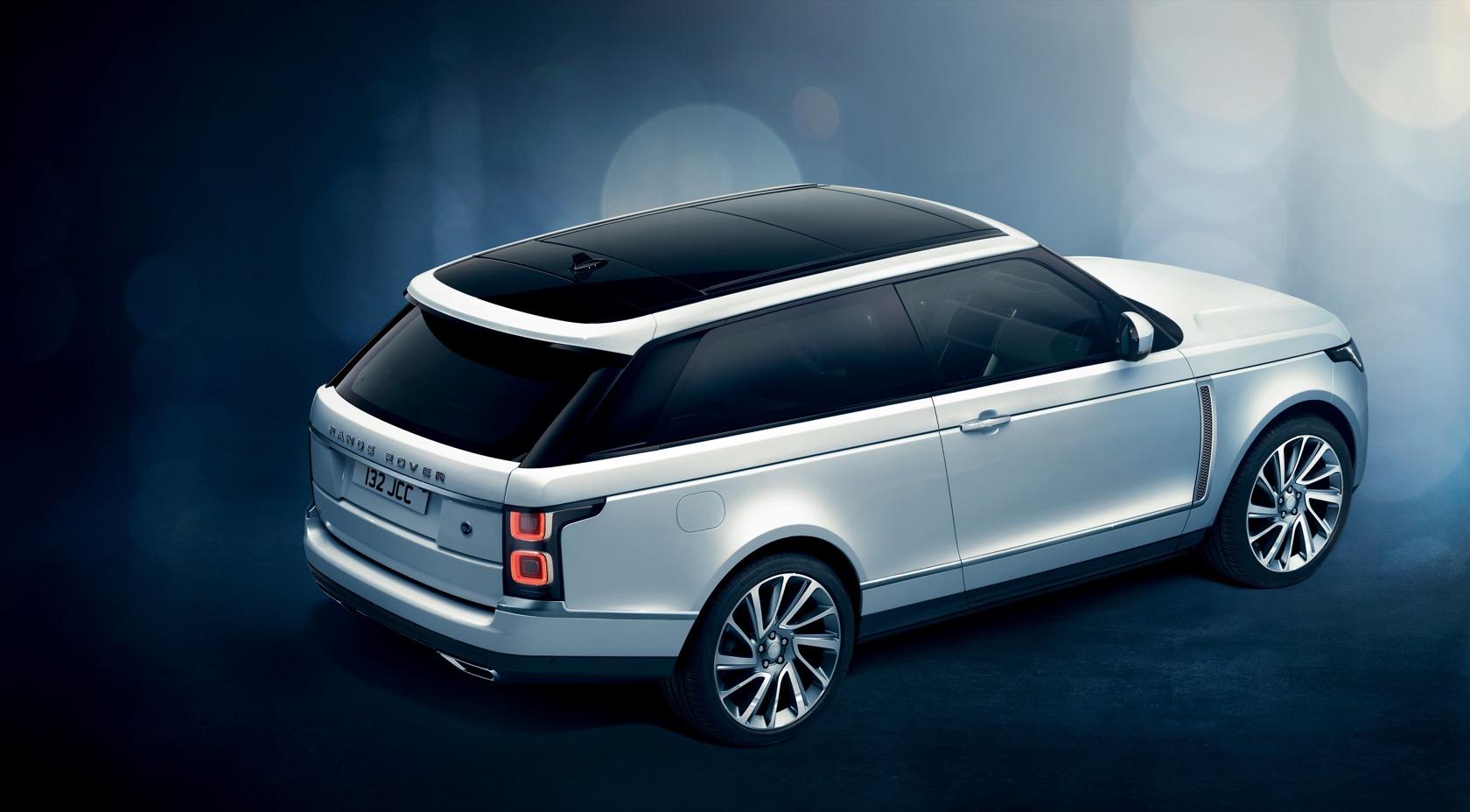 Despite the similarities with the regular SUV, Range Rover says that all of the aluminum panels – bar the hood and lower tailgate – are new. The grille gets Brunel Metallic rear mesh overlaid with Bright Chrome front mesh, and is surrounded by Satin Indus Silver metal. There’s more of that mesh in the side vents, while the door handles are finished in bright chrome.

Of the eight paint options, four are completely new to Range Rover. There’s a Liquesence option to give the paintwork a liquid-metal effect, while another option is duo-tone colors. That adds a Contour Graphic to the flanks of the car. Up to 23-inch wheels are being offered, another Range Rover first. 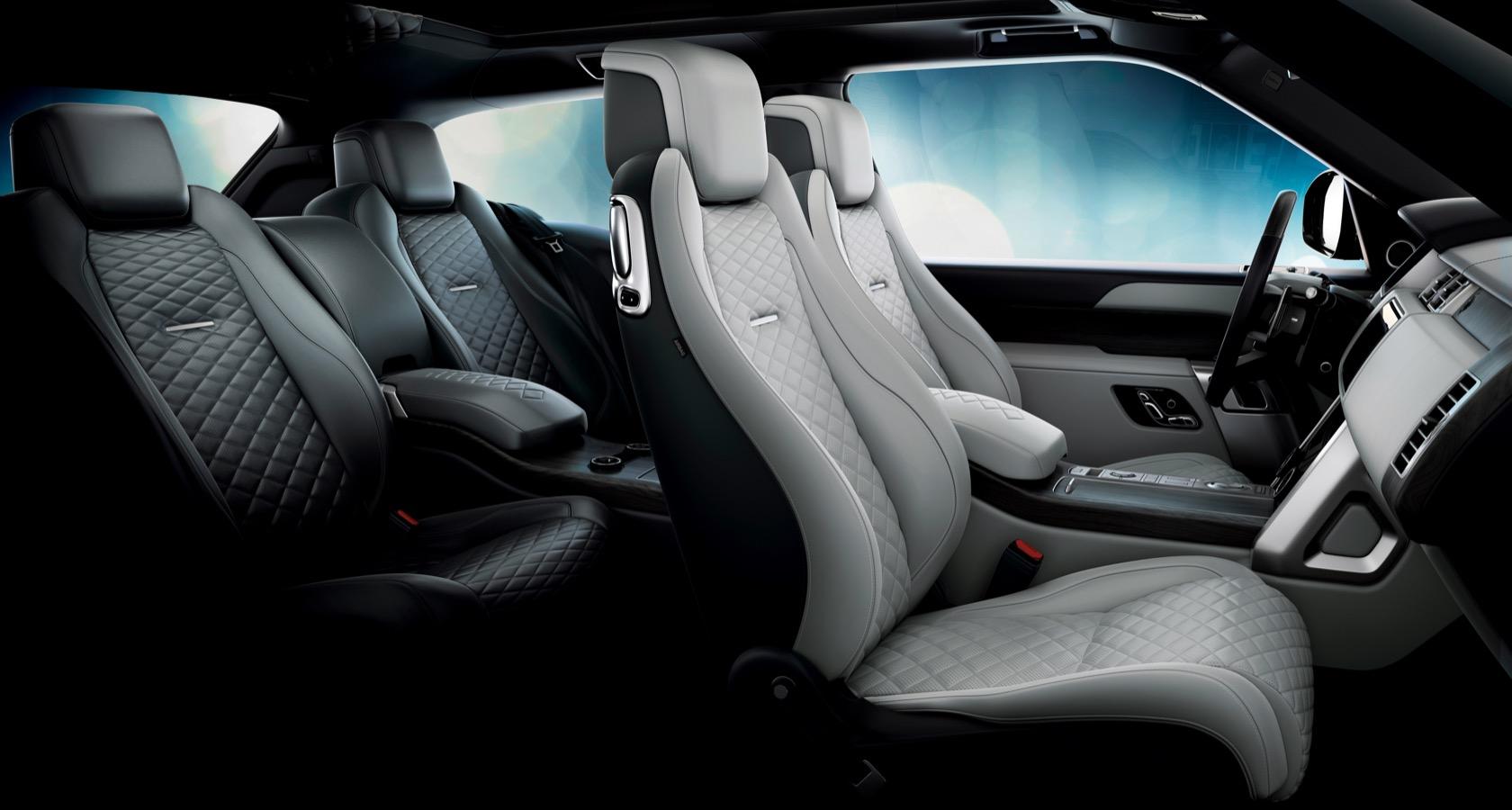 Inside, though, is where it really gets interesting. There’s seating for four, in semi-aniline leather, with heating and cooling. They’re 20-way adjustable in the front, and 10-way in the rear, and get a unique gradated diamond quality design. Four duo-tone color options are available, spanning pale through to dark choices, together with four single-tone finishes.

In another first for the automaker, there’s a new fused wood called Nautica veneer. That joins walnut and sycamore together, while simultaneously forming them into trim shapes. Alternatively, there’ll be Natural Black Ash and Santos Palisander options.

Still, you might prefer to listen to the engine. In this case, it’s the 5.0-liter supercharged V8, with 557 horsepower and 516 lb-ft. of torque. Paired with the eight-speed ZF automatic transmission, it leaves the Range Rover SV Coupe the fastest Range Rover yet: 0-60 mph comes in 5.0 seconds, while the top speed is 165 mph. 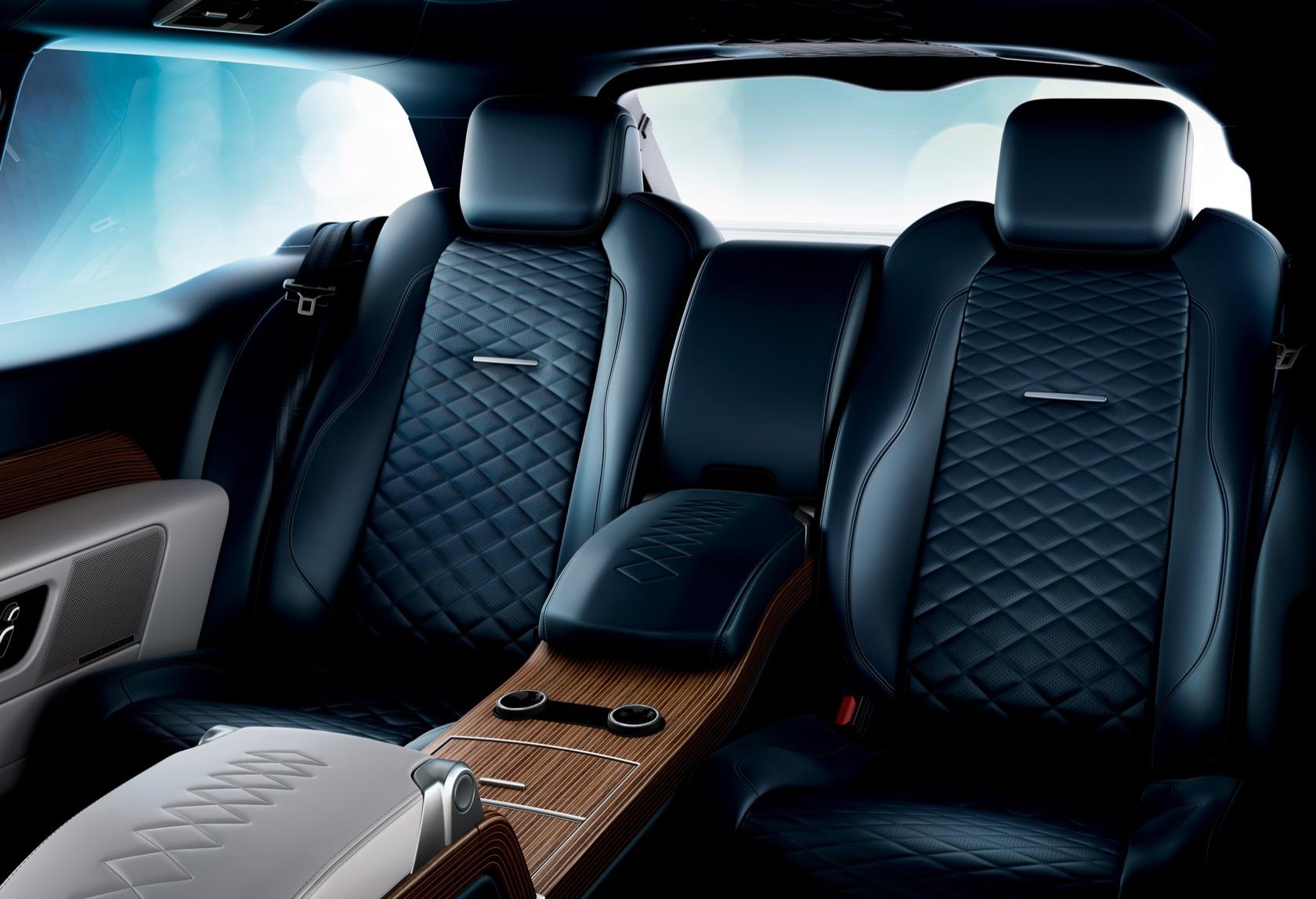 Even so, you don’t lose the off-road credibility. Permanent four-wheel drive with a two-speed transfer box and Active Locking Read Differential are all standard, along with the automaker’s Terrain Response 2 drive-mode selector with options for mud, sand, snow, and more. Although the SV Coupe rides 0.31-inches lower than a standard Range Rover normally, the air suspension can drop that by 0.6-inches more at cruising speeds of 65mph or greater.

Alternatively, it can lift the car by up to 2.95-inches for off-road use. There’s almost three feet of maximum wading depth, too, and a 7,716 pound towing capacity. An access-height mode drops the car by almost 2-inches for a more graceful entry or exit.

It’s certainly unlike just about anything on the market, and though Range Rover’s back-catalog has two-door SUVs in it, none have been as luxurious as this SVO Coupe. Figure on it being a rare beast on the roads when it finally goes on sale in Q4 2018.