Over the past decade, Facebook clawed its way into our lives to such an immense degree that it’ll be another decade before it’s gone. This isn’t like MySpace. It’s like MySpace if MySpace had the wherewithal to keep evolving. MySpace died because they did not change and both Facebook and Twitter beat them at their own game.

But now you can’t quit Facebook. You need it for work, right? You need to stay on because your grandmother likes to look at the photos you share of your babies and such.

You can’t quit entirely! That’d be the worst!

Instead, there’s a switch – or button, if you prefer – that’ll get you out. I might even call it a volume knob. Using this button allows you to turn Facebook’s nonsensical check-festival down to nominal levels. Without this volume knob, Facebook is at OPTIMAL VOLUME LEVELS to involve you as deeply as possible. Without any adjustment, Facebook is designed to make you engage, like, comment, and become so extremely involve that you never want to leave. 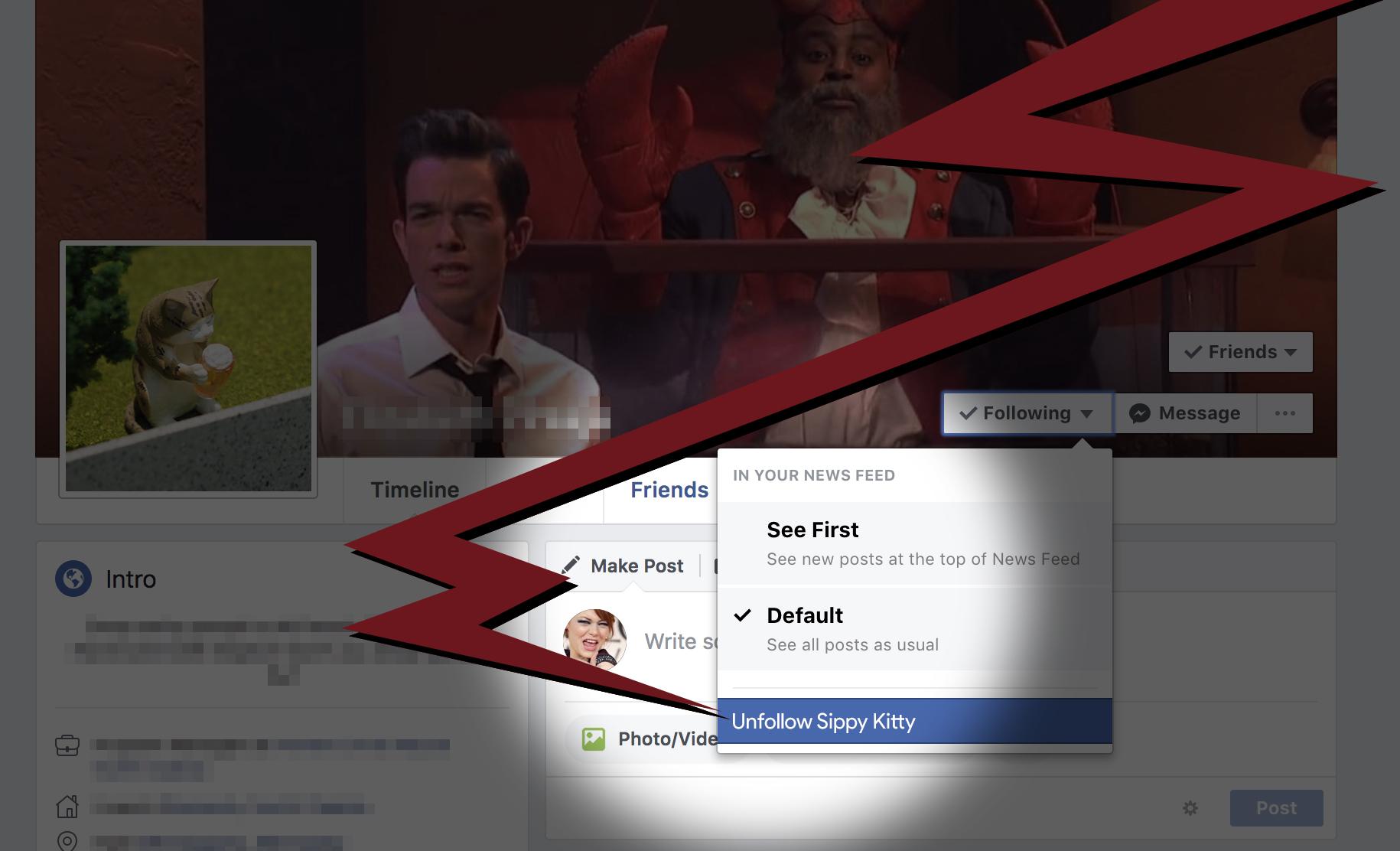 But there’s that “Unfollow” button – and it’s so very glorious. To find this button, one must go to their news feed and follow the following steps. These steps will lead you to a more peaceful existence.

You’ll be well on your way to a far more peaceful life. Do this for every single person on your Friends list, if you do so dare. Keep “Following” the people you absolutely must follow, leave the rest. They won’t know you’ve stopped following them – you’ll still be their official Facebook Friend. The ONLY difference will be a far less stress-packed timeline in your Facebook life.

Similar buttons exist for Facebook pages and Facebook groups. You don’t need to leave to stop that incessant ringing that is UPDATES, UPDATES, UPDATES for all eternity. Make Facebook work for you, not you for it. Or if you want to quit, we’ve got some guidance for you about that, too. Have a peek at the timeline below to see.