The quantum data transfer record has been destroyed by scientists teleporting data from proton to proton over 63-miles of fiber. While records similar to this have been broken in free space, this is the first time such a distance has been covered over fiber, leading the way to more practical uses in the future. This sort of “teleportation” is not be confused with Star Trek, instead moving encrypted data rather than the individual molecules of a human being or a Vulcan.

One of the scientists working at the United States National Institute of Standards and Technology (NIST) by the name of Marty Stevens suggests that “Only about 1 percent of photons make it all the way through 100km of fiber,” making clear that this method is just another early step in making this technology useful practically.

Perhaps the most important piece of this project is four high-detection-efficiency superconducting nanowire single-photon detectors (SNSPDs) created for this project specifically. Highly efficient mulifold photon measurements are able to be performed with these detectors.

As Stevens puts it, “we never could have done this experiment without these new detectors, which can measure this incredibly weak signal.” 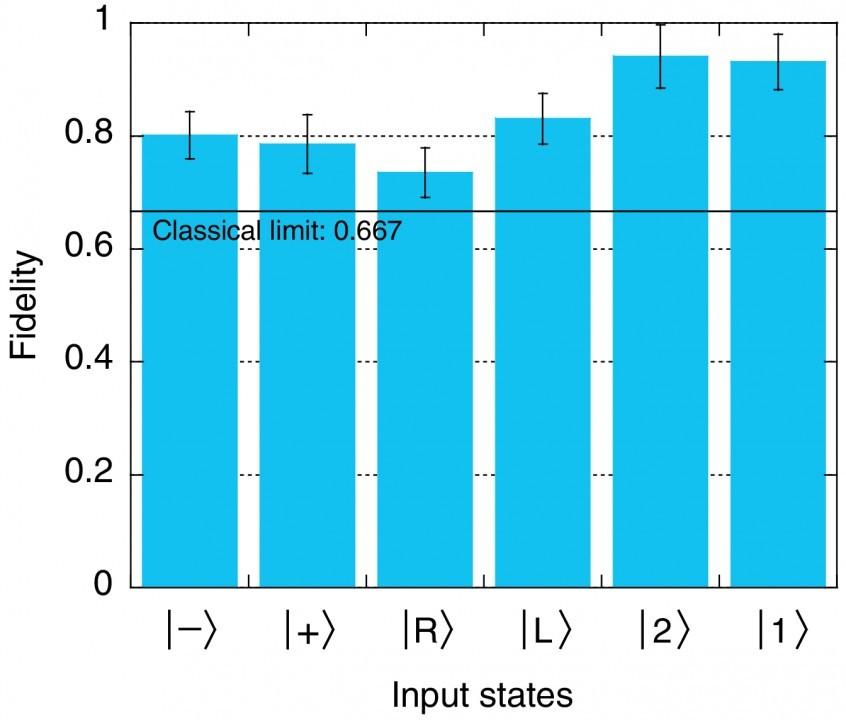 These detectors allowed the scientists to see that their experiment had, indeed, worked. Now they’ll go about the business of improving their methods of teleporting over optical fiber – some day to a point at which more than just one single percentage point is all that’s able to make the distance.