If you could get better-than-fiber speeds from your LTE smartphone, would you bother with a fixed home internet connection? That’s the question Qualcomm expects web-addicts to face with the launch of the Snapdragon X20 LTE modem, its second-generation Gigabit LTE chip which promises Cat 18 downloads. That means, on the right network, up to 1.2 Gbps downloads.

Considering that’s significantly faster than many home internet connections out there, you can consider us already intrigued. Upload speeds are, unsurprisingly, somewhat slower, though up to 150 Mbps courtesy of Cat 13 is nothing to be sniffed at. Indeed, it’s 20-percent up over the previous modem.

Qualcomm builds the X20 on 10nm FinFET processes, and combines it with the first commercially-announced single-chip RF transceiver. It’s that which is capable of simultaneously handling up to twelve spacial streams of LTE data, using Carrier Aggregation and 4×4 MIMO to work across three or more 20 MHz carriers. Each downlink stream has support for 256-QAM, for maximum throughput of around 100 Mbps. 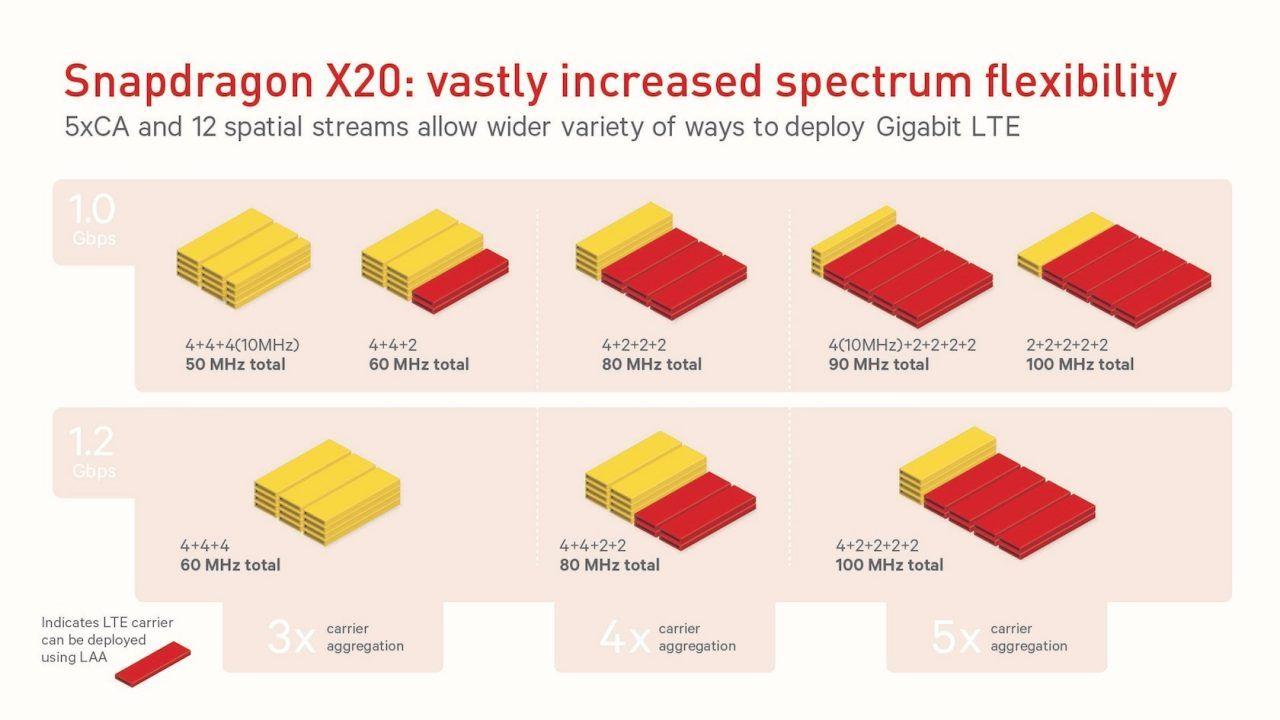 Gigabit LTE may be the headline feature, but it’s not the only improvement. One welcome change is Dual SIM Dual VoLTE support, which allows for twin-SIM devices, both of which can use HD and Ultra HD Voice. There’s also backward compatibility with everything running through the history books back to GSM/EDGE, with more than 40 cellular bands supported on a single radio and over 1,000 carrier aggregated band combinations.

Interestingly, there’s also Licensed Assisted Access (LAA) support from the LTE Advanced Pro modem. That basically combines a small chunk of licensed spectrum – as small as 10 MHz, Qualcomm says – with unlicensed spectrum, allowing for broader LTE deployment. However down the line, as 5G begins to roll out, Gigabit LTE will be increasingly important. 5G networks, Qualcomm points out, will be seriously limited in their deployment to begin with; Gigabit LTE is expected to fill in the sizable gaps as carriers get up to speed. 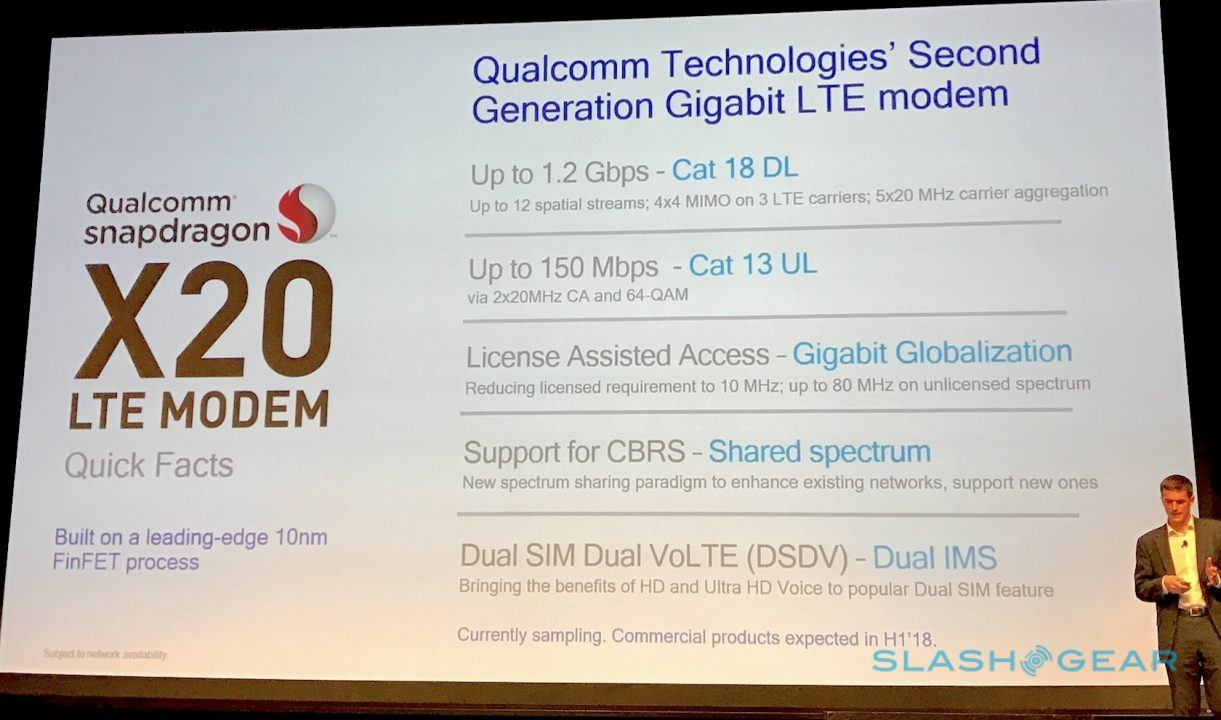 In the US, meanwhile, 3.5 GHz support could open the door to private LTE networks, courtesy of the Citizens Broadband Radio Services (CBRS) shared spectrum. That 150 MHz chunk is currently used by the federal government, at military bases and such; however, thanks to prioritizing tiers, it could be used to establish an alternative to a private WiFi network. Those wishing to set up such a network could bid for a priority access license or, alternatively, simply use the spectrum on an ad-hoc basis (with the understanding that their traffic has the lowest priority of the three groups).

For consumers like you and I, the upshot will be faster, smoother 4K video and above, immersive VR and AR experiences with minimal latency, and super-speedy mobile hotspots that might make you forget all about home fiber. Right now, the Snapdragon X20 is sampling to early customers. The first devices won’t show up until the first half of 2018, meanwhile, giving carriers a chance to upgrade too.