Qualcomm uses Ookla Speedtest to diss both Intel and Apple

Just recently Samsung released a short ad that mocked the iPhone X’s slower download speeds, at least compared to the Galaxy S9. That ad based its boast on Ookla’s recent “Speedtest Intelligence” report. Now that same report is being used by Qualcomm to also flaunt its latest Snapdragon 845 with its latest X20 LTE modem. But while it specifically mentions Intel LTE modems as the target of its campaign, it is also making a slight jab at its latest new enemy: Apple.

Right off the bat, some will dismiss or contest the very foundations of the claims. Ookla is best known for its Speedtest utility whose accuracy and veracity has been debated time and again. Some will even point out how unscientific the testing method is, considering it’s all user-initiated. On the other hand, these will be the speeds that users will experience and they might better believe what they’re experiencing on their device rather than some scientific test done under controlled conditions.

Unsurprisingly, Ookla’s report shows that Android phones running on the Snapdragon 845 outperformed other phones in upload and download speeds as well as latency. Qualcomm singles out the Intel XMM7840 and XMM7360, as these are the modems Intel is pushing to mobile devices. And, of course, the only phones using these are Apple’s iPhones.

Anyone following the back and forth between Qualcomm and Apple should probably have an idea what’s really going on. Qualcomm has just recently tried to get the US International Trade Commission to block iPhones with Intel modems due to patent infringement. Now it is seemingly trying to convince users that they are losing out on having iPhones with Intel LTE modems rather than just having Qualcomm’s. Interestingly, Qualcomm also singles out AT&T and T-Mobile. 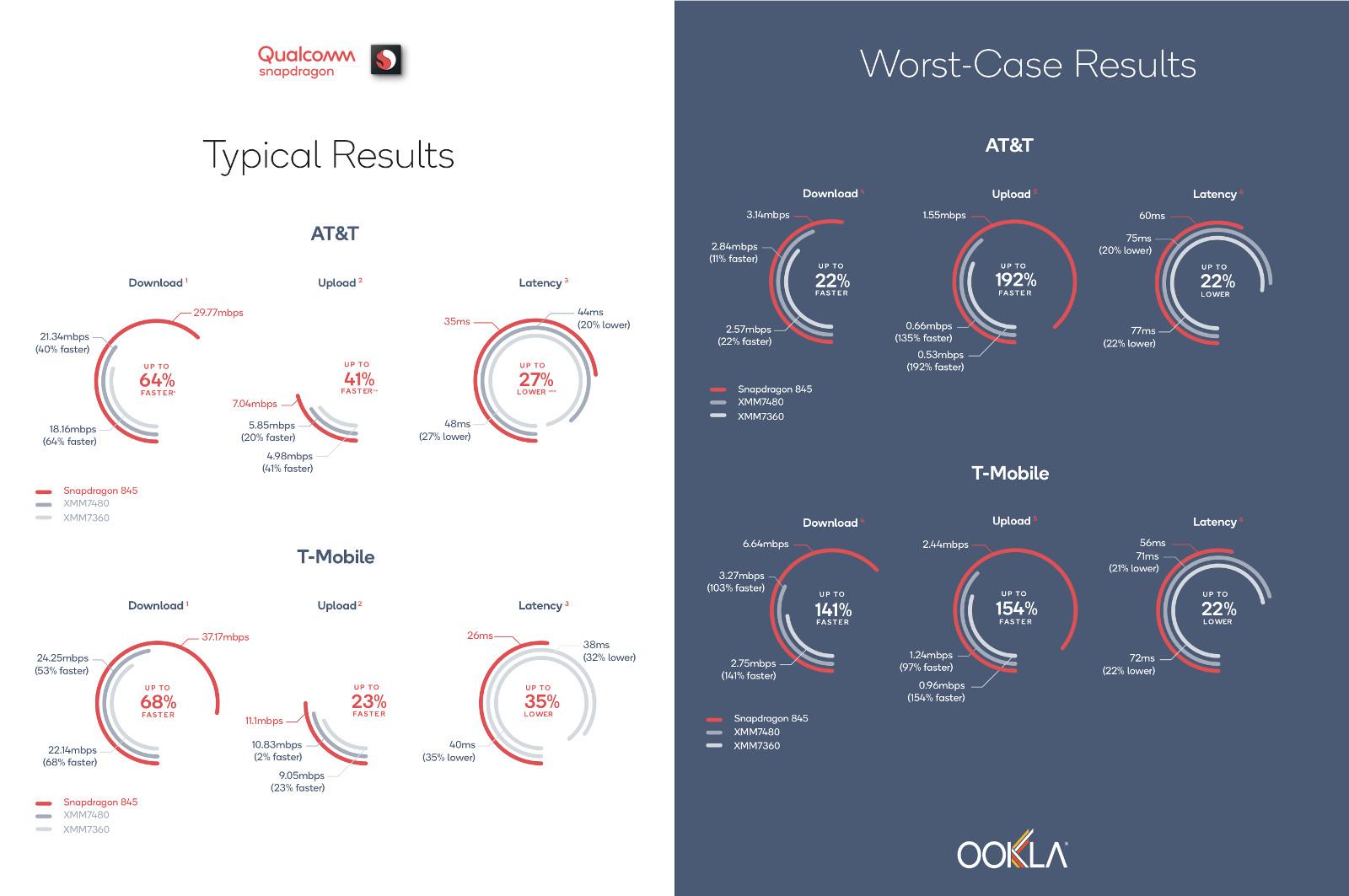 This will undoubtedly raise Apple’s eyebrow and might even have the opposite effect. Apple is already looking into completely pushing Qualcomm’s chips out of its iPhones and iPads, with the LTE modem being the last part. Apple is, of course, also suing Qualcomm over patents as well as shady business practices and this is just one way the chipmaker might be trying to get back at it.