The folks at Qualcomm have revealed that they want to jam so much internet speed through their chips, you won’t know what to do with it all. The company’s 6th-generation LTE modem chipset will support “download speeds up to 1Gbps” and will be what they describe as “the mobile industry’s first announced LTE Advanced Pro modem that also has support for Licensed Assisted Access. While it reach Gigabit Class LTE speeds, this chip will use the same amount of spectrum as Category 9 LTE devices – no big deal!

Together, Qualcomm suggests that these pieces of technology are designed and optimized (together) to support “fast downloads, swift application performance, as well as provide enhanced thermal efficiency and optimized power consumption.”

Qualcomm makes a point to mention that with these speeds of LTE, users will be able to work with “live streaming of 360 degree virtual reality content”. Virtual Reality is everywhere. There’s no stopping it from approaching.

Now imagine this with Google’s new VR headset – which is said to be able to work with VR and AR content over an internet connection. Without speeds that this modem from Qualcomm can deliver, that wouldn’t be able to be a reality. 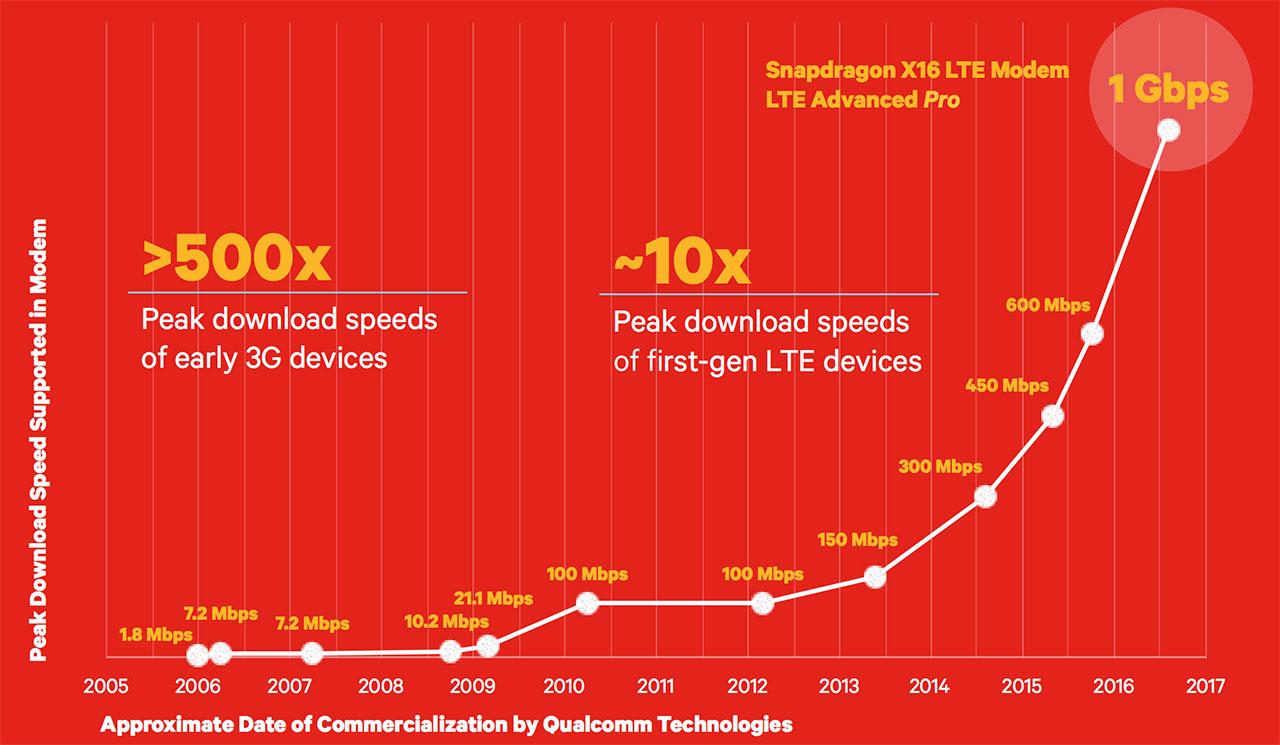 The only thing holding us back from feeling confident about making that connection right this minute is the face that Qualcomm suggests this chip won’t be commercially available until 2017. Unless Google’s headset won’t come out until then – which is ENTIRELY possible.