At some point I think we all realized, grudgingly, that things weren’t going back to normal any time soon. Plenty of things have been vying for “theme of 2020” but COVID-19 and social distancing have probably had the biggest impact on our day to day lives. For all that we’ve been told, repeatedly, over the past few years that machine learning is going to Change The World, can it make navigating a pandemic any easier?

That’s the question QLess is tackling, though they’ve actually had a head-start on it. “We’ve been doing social distancing since 2009,” Charlie Meyer, Vice President of Sales at the Pasadena, CA company told me. “We change the perception of waiting.”

QLess is basically all about managing time. Rather than the paper ticket you take at the deli counter, its system manages a digital queue. Users can stake their place in line via an app, or through SMS – that’s how about 70-percent of end-users do, Meyer says – and not only know that they won’t lose their spot if they have to step away, but get a more accurate estimate of how long their wait is going to be. 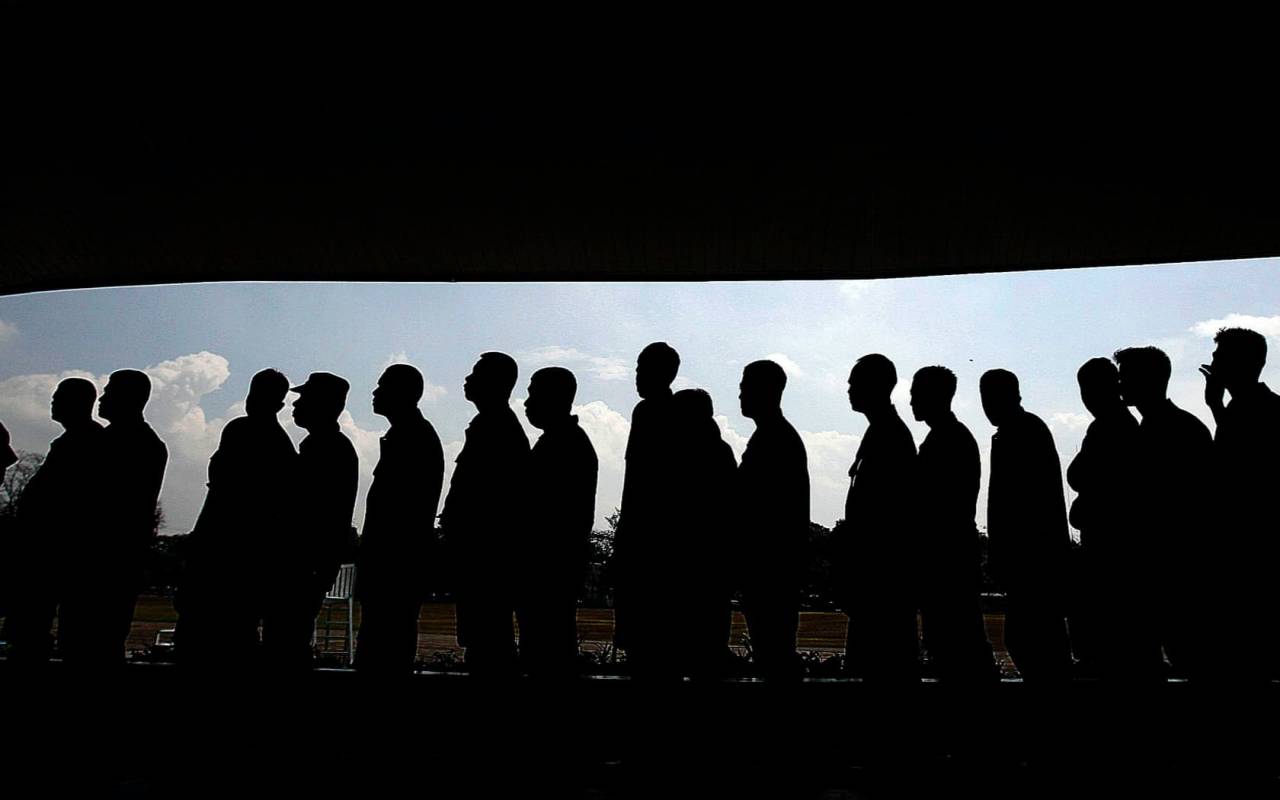 Rather than a static time, QLess uses learning algorithms that look both at live customer data and historical patterns from the past 2-4 weeks. That’s used to create a forecast, updating you every 10-15 minutes with a more accurate estimate of how long before you’re at the front of the line. If you want, you can reply and push your slot back if you need a little extra time.

I’m from the UK, where lining up is a fine art. There’s an old adage that the British love to queue, though that’s not entirely true. I suspect it’s more about the reassurance of order, and finding the thought of someone “jumping the line” infuriating. Factor in a passive-aggressive dislike of confrontation, and the concept of a nice, ordered queue where everyone knows their place and nobody needs to make eye-contact becomes very appealing.

QLess feels a lot like the British queuing sentiment combined with the appetite for convenience that has long been associated with Americans. One of the worst parts about a line – whether it’s at the DMV or anywhere else – is not really knowing how long it’s actually going to take. It’s the physical manifestation of being told to “please hold, your call is important to us,” and no less frustrating.

While QLess might not be able to make the line move any faster, it can help you figure out that speed. That pays dividends on both sides, Meyer says. QLess’ research suggests that people are willing to wait longer if they can wait where they want to, rather than having to physically stand in line; no-shows decrease too, and there can actually be an uptick in sales as people circulate through stores while they wait for their “summon” notification to arrive.

Right now, you’ll probably encounter QLess’ technology at city and county government offices, or at urgent care. Colleges are using it, too, Meyer says – particularly at the beginning of semesters, where trying to cut down on sizable crowds of students is preferable – along with the Walmart MoneyCenter and Office Depot’s Print Center. You may not know it’s QLess that’s orchestrating the line, though, since its APIs allow companies to deliver up the queuing system through their own check-in interface.

Part of the appeal, though, is the fact that this isn’t yet another app to install. “We’re one of the few companies that has remote-join capabilities without having to download an app,” Meyer points out. “Apps are great and everything, but they don’t want anybody left behind. So, by not making everyone download an app, we look at it as nobody is left behind.” 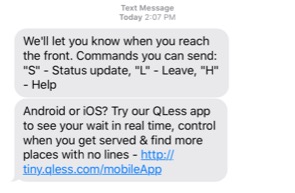 As a sign of how well that works, he brings up DMV and Secretary of State locations where drivers licenses are handled. In the QLess integrations there, people can register with their cellphone number for the SMS interface, or use a kiosk and see their name on a display. QLess sees 99-percent adoption on phones, though.

Next up is more locations and smarter predictions. That means true machine learning, Meyer says, with detailed forecasting. Currently, QLess says it’s 80-90 percent accurate to within 5 minutes – taking into account things like who might’ve been summoned back too soon – but it wants to make that even more precise.

Technology can only take us so far as we navigate a world in pandemic – behavioral change will be the biggest element in keeping most people safe. Still, machine learning systems like Google Maps’ “busyness” indicator and QLess’ technology can be important tools in helping make those changes more palatable. We might not know how long COVID-19 will be such a pressing issue, but we could at least know how long we’ll have to wait in the next line.