A new type of consumer-tier robot has launched, and it is called Q.bo One. This model, unlike ones before it, is open source and designed for anyone to build. The robot utilizes a simple programming language called Scratch, while the hardware itself is based around Raspberry Pi and Arduino. Multiple cameras, microphones, lights and speakers, among other things, makes Q.bo One suitable for a variety of tasks.

As the images show, Q.bo One has a futuristic, somewhat adorable design not unlike a certain robot from Wall-E. The model has launched on the crowdfunding website Indiegogo, where the team behind it hopes to raise enough funds to bring the robot to life. The model is targeted at both consumers and developers, and as such promises a mixture of simplicity and usability thanks to its Raspberry Pi innards and Scratch language. 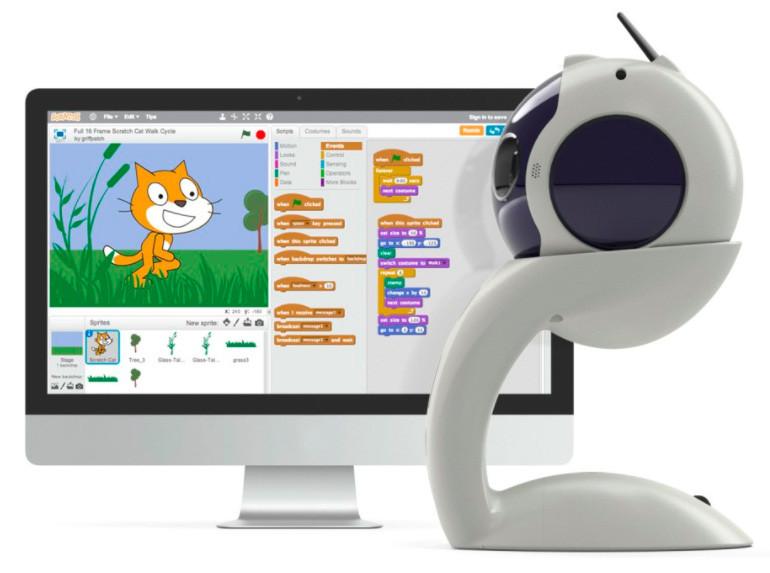 Scratch is a programming language suitable for kids, one that relies heavily on reasoning and creativity. Code is assembled using pieces that essentially build onto each other like puzzle pieces — if you’ve ever used Google’s coding lessons for kids, you’ll have a good idea of what to expect.

Q.bo One itself is said to feature a pair of digital servos for moving around, as well as two cameras that function as eyes, a trio of microphones for listening, a speaker enabling it to respond, and a bunch of LEDs to form a mouth. A three-part capacitive sensor on the robot’s head enables it to feel and react to touch from its humans.

Overall, the robot weighs about 8lbs measures in at 16-inches tall. An artificial intelligence system enables Q.bo to interact with humans, and to also maintain ‘ambient awareness’ for learning from its environment. You can find out more about the robot on its website.