Google Glass is a lot of things, but long-lived on a charge isn’t one of them. The device’s battery life has been the subject of criticism from users and concern from others, with some finding that heavy Glass usage decreases the battery’s life faster than they prefer. To solve this problem, an inventor has created a wrap-around external battery called PWRglass that triples Glass’s battery life.

The inventor is Kevin Alan Tussy, and he is currently awaiting a patent for his invention, which attaches to Glass near the ear pieces, functioning as an external battery and visually appearing to be a head band of sorts. The device is designed in such a way that it can be charged at the same time Glass is charged using one USB cable. The power comes from Lithium-ion batteries said to be “roughly the size of AAA batteries.”

Said the inventor, “Google Glass is an amazing leap forward and the development team deserves a tremendous amount of credit. There are so many great apps for Glass in the works, people are going to want to use it all the time. But you can’t use it all the time because of battery life. I saw the need and solution as soon as the internal Glass battery died on me. I got to work and had the design for a battery-packed retainer strap in my patent attorney’s hands that same night.” 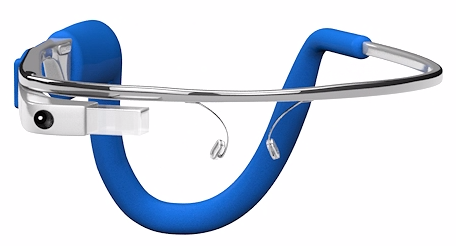 In addition to the extended battery life, the inventory says that they’re currently considering ways to add memory to the accessory, allowing users to increase the storage capacity of their Glass. So far, PWRglass has been rendered from several angles, a couple of which you can see here, and combined into an animation available on the device’s website. No other information about PWR has been released yet, however, such as what materials were used.

Likewise, the device hasn’t been finalized yet, and the inventor isn’t sure when it will be available for Glass owners to buy. He did say, however, that it will be going up for pre-order when the shipping date is set, and that similar models for other wearable headsets could also be in the works.