Part of the appeal of Android is its openness, at least compared to iOS. But, let’s face it. Google isn’t running a charity and Android’s direction will always be aligned with Google’s business. There will always be a large hole to be filled as far as a truly open, truly free, truly secure, and truly private phone goes. And Purism, the people behind the more or less successful Librem laptops, is diving into that space with the Librem 5 phone, and it is taking open source communities along for the ride.

Why: The Android Trap

Although Android technically fulfills the letter of the law as an open source project, it doesn’t exactly follow the spirit in the same way. Source code, while available under open source licenses, is simply dumped after development. That’s not even considering the parts of the Android stack that are actually not open source, from Google’s proprietary services and apps to the proprietary blobs for closed hardware. 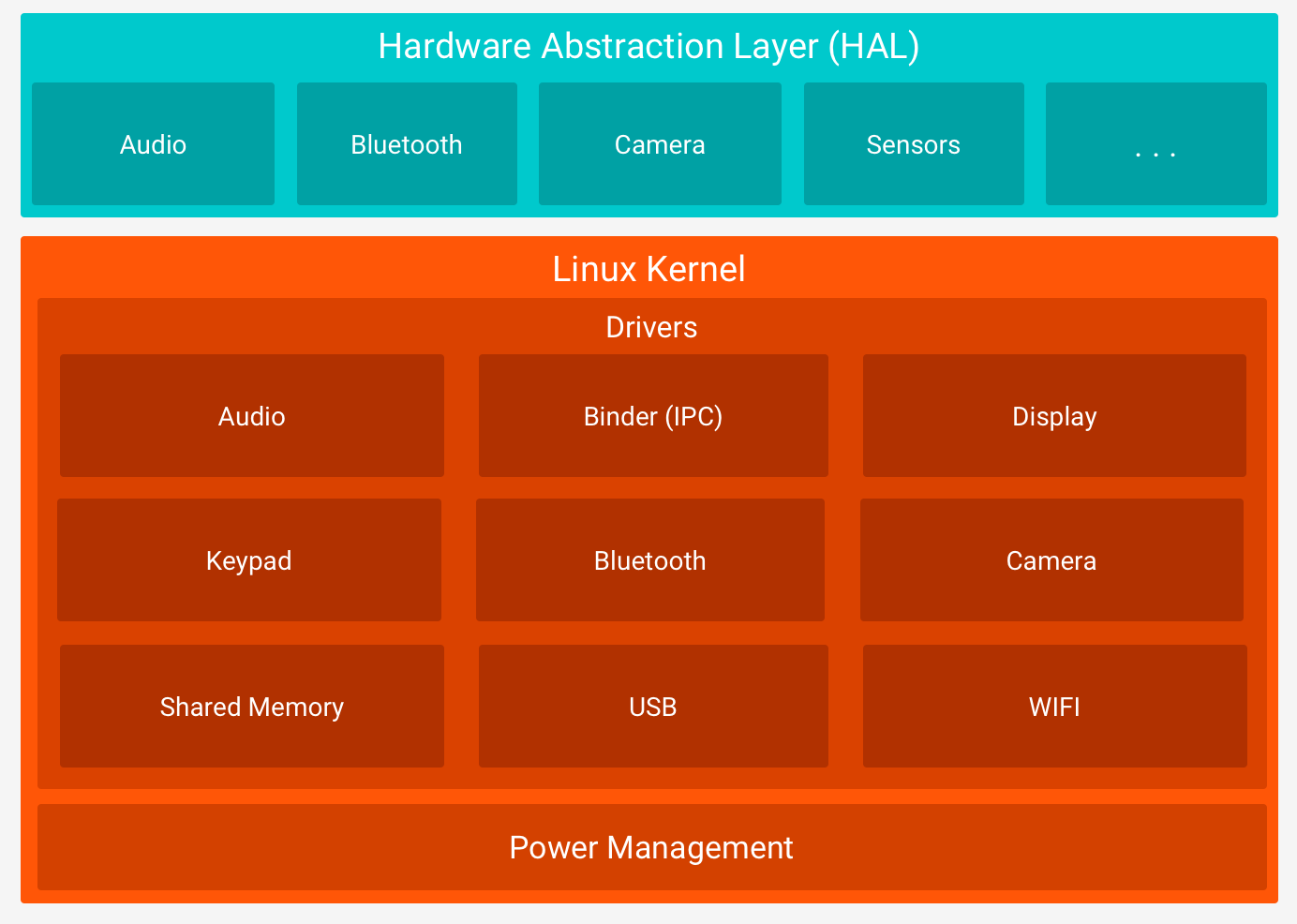 The latter has been an especially thorny topic when it comes to any attempt at creating an open phone platform. For one, it makes it harder for such projects to get off the ground using commercially available devices. Those fortunate to be open enough for modification still has to rely on Android’s proprietary drivers to even get hardware to work. Secondly, it makes it twice as difficult actually implement an open mobile platform that leverages decades of work and code already available considering how the Android stack is actually so far removed from its Linux cousins.

To be able to offer a truly free (as in freedom) mobile platform, Purism is almost starting from scratch and removing any reliance on Android. Almost. Rather than reinventing the wheel, it will be putting a regular Linux (a.k.a GNU/Linux) stack on the Librem 5 phone, like the ones you would put on a regular computer. And it is getting some help from key open source communities. 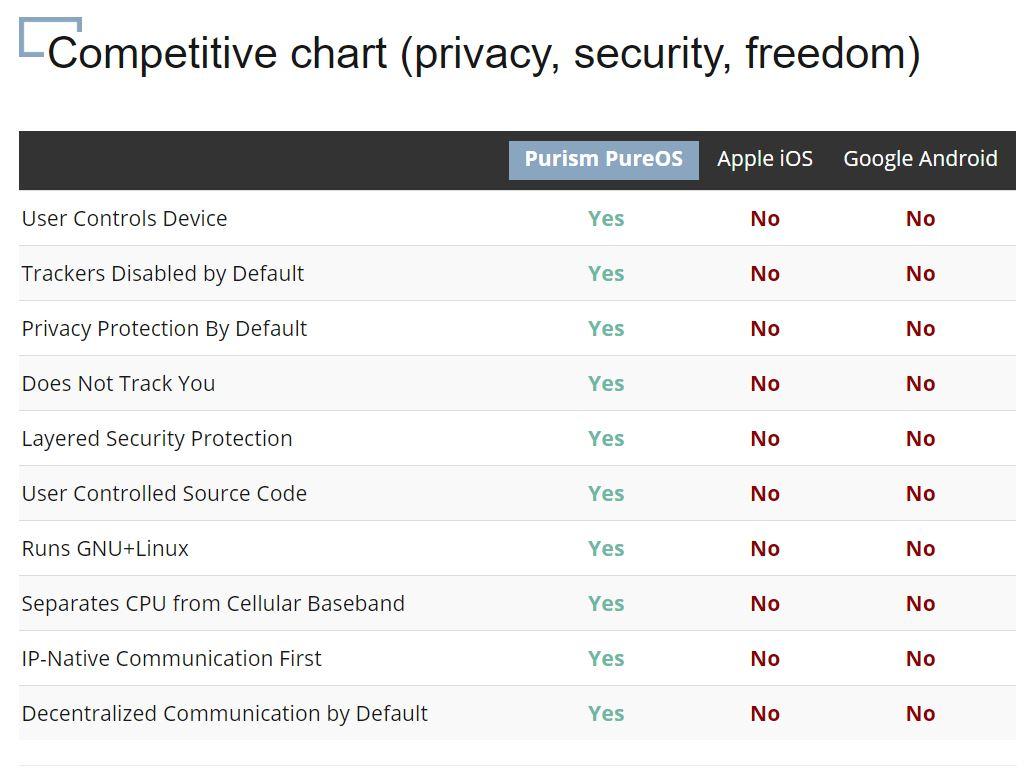 The Librem 5 is hardly the first attempt at an open phone platform. The Openmoko project perhaps came closest to having both software and hardware opened, but sadly faded silently into the background. Everything else that followed, from Jolla’s Sailfish to Mozilla’s Firefox OS to Canonical’s Ubuntu Touch all had to make compromises to run on existing commercial hardware, particularly in the use of Android proprietary drivers.

In that context, Purism’s goals are undoubtedly ambitious, especially for a young and relatively unknown Social Purpose Corporation. However, it has proven itself already capable of delivering its promise of a truly open laptop, complete with switches to kill hardware as needed. But a laptop is one thing. A phone is a whole different ballpark. Even with its experience and connections, it admitted it couldn’t do things by itself, especially when it came to its PureOS Linux distribution, which isn’t exactly designed for mobile and touch-based devices. In the true spirit of open source, it reached out to other communities for help.

KDE is a community that, among other things, develops Plasma, one of the two most popular workspace environments on Linux. Plasma has already been developed and designed with multiple device form factors and uses cases in mind, from regular desktops to small screen netbooks to big screen media centers to, yes, phones. But like everyone else, Plasma Mobile’s development has been dependent on and, at the same time, hampered by Android drivers. By working together, it will be possible to cut out the middle man and have access to nearly the same software used on Linux desktops, speeding up development and shaking off the shackles of proprietary software.

(An early version of Plasma Mobile on the Nexus 5)

GNOME is the other most popular Linux desktop environment and it too has joined the cause. While it has been less active on the mobile front of late, it has dipped its toes in almost every Linux-based mobile platform in the past, from the Openmoko phones to the Nokia N900.

With the backing not just of these developers but as well as the users in those communities, the Purism Librem 5 might have a chance to succeed where others failed.

What: Not Your Grandfather’s Smartphone

But what is the Librem 5 phone anyway? At this point you might expect a list of specs, but, sadly, nothing is set in stone yet. Except for one critical piece of hardware: the application processor.

Purism is going with an i.MX6, which is, truth be told, not the most powerful nor the most recent ARM-based chip around. This line of chips launched way back in 2011 and is, at least on paper, comparable to something like a Snapdragon 210. This puzzling choice, however, was made because, unlike any other chip in the market, it can run on purely open source software, no proprietary blobs at all. It also has the odd property of not integrating the modem inside it, which gives Purism the option to choose a different radio chip that would, hopefully, be similarly open. 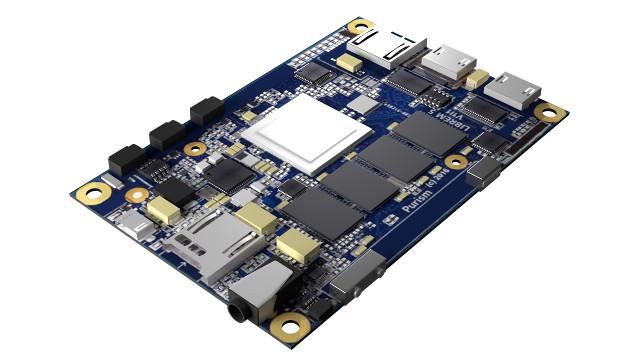 The specs are still subject to change, depending on how open they can be. The Librem 5 might end up using a more recent i.MX8 if all goes well. Purism, however, does set some minimum specs for the phone, like a 5-inch screen, 3 GB of LPDDR3 RAM, 32 GB of eMMC storage, USB-C, and, perhaps most importantly for its purpose, switches to turn off Wi-Fi, Bluetooth, mics, etc.

On the software side, the Librem 5 will still use PureOS, which is based on the Debian GNU/Linux distribution. This means that, aside for the ARM architecture, it will be nearly identical to Debian on desktops (techies might be interested to know, however, that it will be using Wayland instead of X for display management). What form PureOS will take on the phone, however, is still undecided. Both KDE Plasma and GNOME will be in development if the campaign succeeds. But it really doesn’t matter in the long run. Because of its openness, users will be free to install any desktop environment or even any Linux distribution of their choice, though those might not be optimized for running on a 5-inch screen. 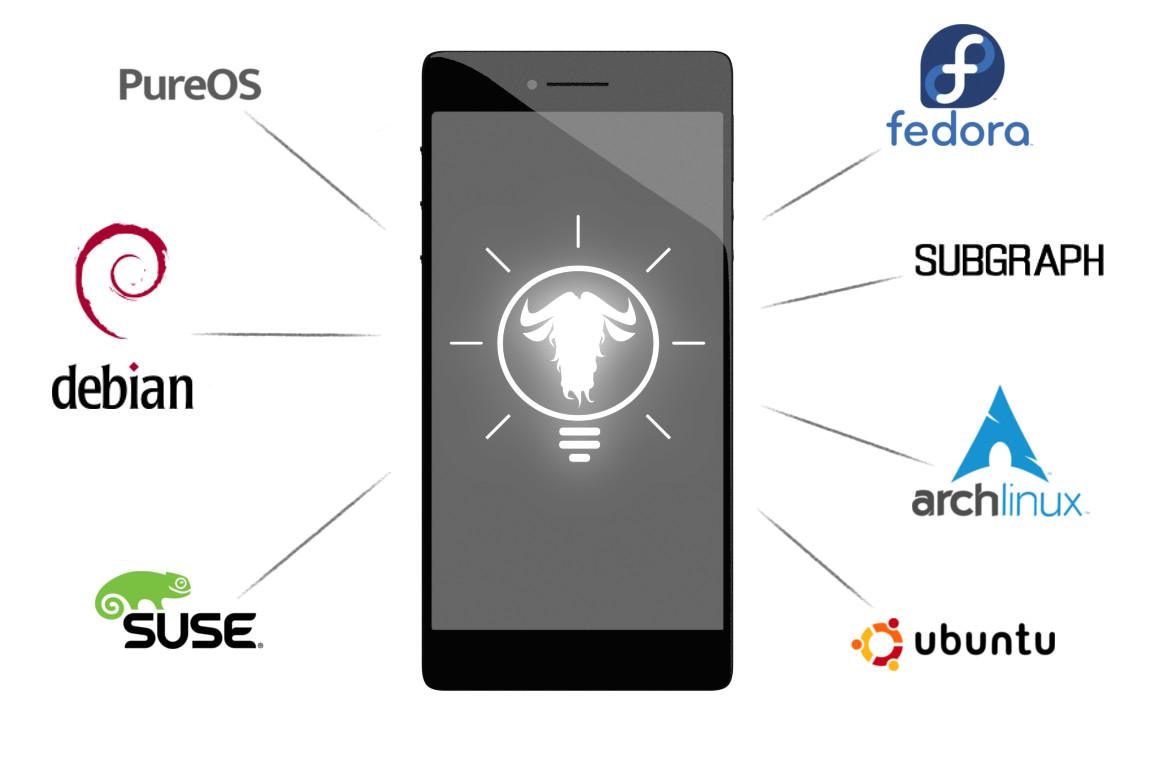 How and When: Getting Help From the Crowd

Just like with its Librem laptops, Purism is resorting to crowdfunding to not only raise money for expenses but to also gauge interest in the device. Purism has no illusions, people have been burned by failed open phone projects already. And its $1.5 million funding goal is no small change, though worlds apart from Canonical’s outlandish $32 million for the Ubuntu Edge.

If the campaign doesn’t reach its funding goal in a month’s time, all backers will be refunded and the dream ends there. If they manage to raise the remaining 60% needed, it will be a long journey towards its 2019 shipping date, which is likely to still slip.

Yes, 2019 is still a long away and the hardware, if it remains the same as it is now, will be terribly outdated by then. It does give Purism enough time to find answers to the most pressing questions, especially around Wi-Fi and Bluetooth hardware or upgrade to an i.MX8. No one said it was going to be easy creating a truly open phone, from hardware to software. But, by including open source communities in its quest, it won’t have to do it alone.