We live in a smartphone-centric world so it’s not surprising that there is a sort of counter-culture rallying against it, from advocating analog/physical notebooks to pushing for simpler mobile phones. The latter often means going old school but also wasting the power of the Internet, not to mention the money you pay for data plans. Swiss company Punkt, which almost sounds like “punked”, has a compromise. The Punkt MP02 is a simple 4G phone that lets you still use the Internet, except that you’ll need a separate computer or device to do so.

The MP02 is basically a small but traditional “T9” phone that also acts as a portable Wi-Fi hotspot. By itself, the phone can make or take calls as well as send and receive messages. Everything you actually use a non-smart phone for and not much else.

But what if you wanted to connect to the Internet? You could, but its 2-inch QVGA screen makes it almost impossible, no to mention the phone doesn’t support such direct use. Instead, you’ll use the MP02 to connect your laptop or tablet to the Internet.

Not that the MP02 is completely without smarts. It does have some basic “apps”, like notes with reminders, a calculator, and a calendar. It even boasts of having BlackBerry’s security features, though none of the Android apps, of course. 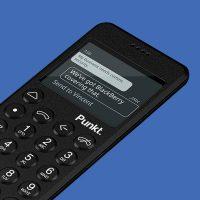 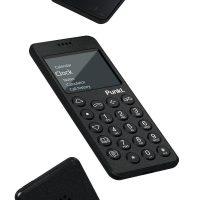 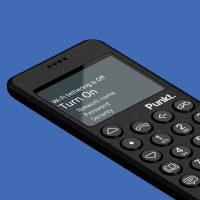 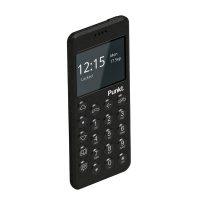 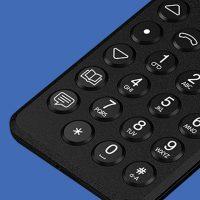 The Punkt MP02 is, for all intents and purposes, a Wi-Fi hotspot in the guise of a feature (dumb) phone. Its main appeal is to connect people to each other while still being present in the hear and now, not with their faces glued to their screens. That would be well and good if not for the 329 EUR ($385) price tag attached to the small phone, making it sound more like a joke than a serious, anti-smartphone option.