PUBG Corp. has announced special new items specifically for PlayStation 4 players: weapon skins and outfits from Horizon Zero Dawn. The additions are the result of a collaboration with HZD’s developer Guerilla Games, according to PUBG Corp. PS4 players will be able to get the new items by unlocking them through various missions, but they’ll only have a month to complete them.

The missions to unlock the new Horizon Zero Dawn items will be available from March 5 to April 5, according to PUBG Corp. Each mission is pretty straight-forward and shouldn’t be too hard for players; one, for example, only requires players to log into the game, while others include making an 8,000 BP in-store purchase, and playing 10 games in an event period. 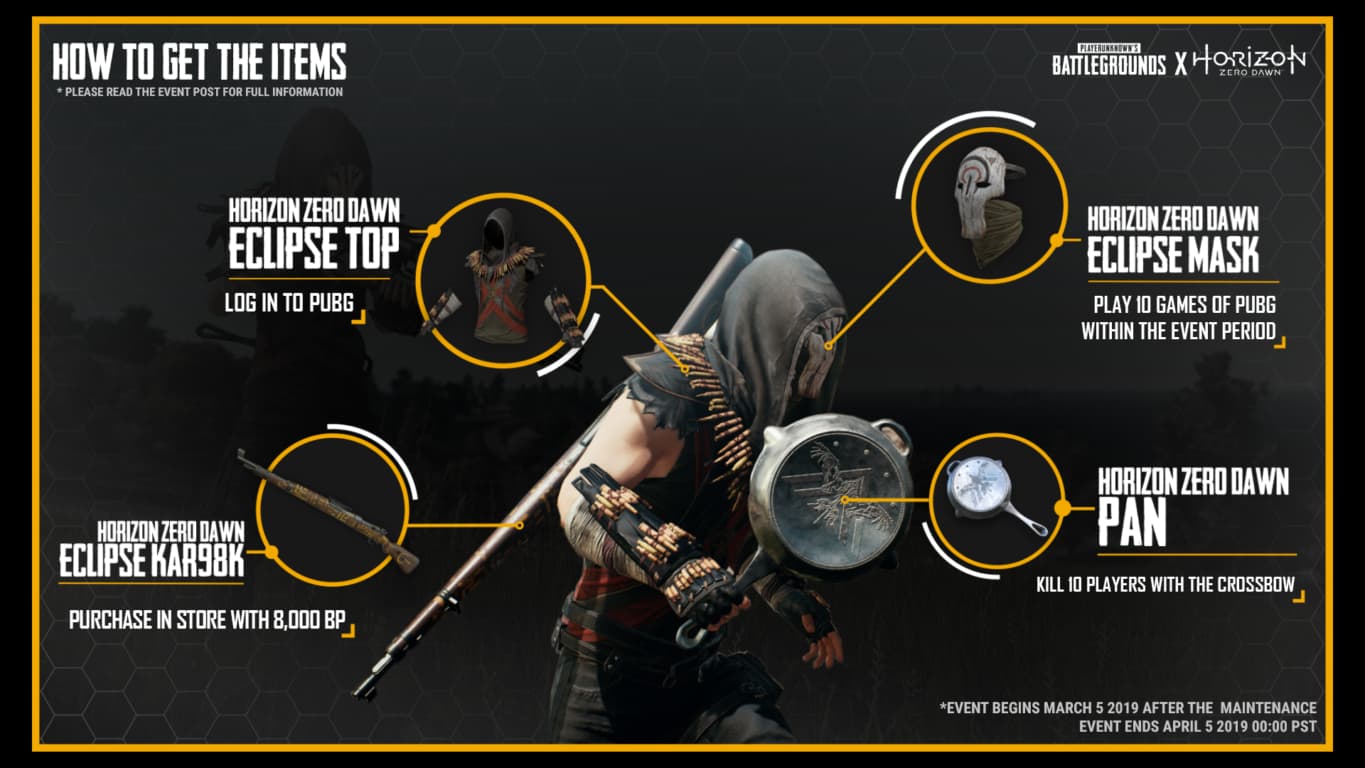 A total of four weapon skins and outfits inspired by HZD are offered to PlayStation 4 PUBG players. First among the offerings is the Eclipse Top, which can be equipped in the Customization > Wardrobe menu. Joining the shirt is the HZD Eclipse Mask, the Eclipse Kar98k weapon skin (offered for an 8,000 BP purchase), and the iconic Horizon Zero Dawn Pan.

Talking about the new collaboration is PUBG Corporation’s Taehwan Noh, who said:

Our collaboration with Horizon Zero Dawn follows in the footsteps of our previous Uncharted and The Last of Us content. To match the two different IPs, PUBG Corporation and Guerilla Games collaborated closely on the concept, design and production elements. As fans of Horizon Zero Dawn, the results exceeded our expectations and we can’t wait to see players wearing the items in our game.