PSA: Don’t put a Starlink satellite dish on your car

There’s a saying that goes: if you see a warning sign, no matter how absurd, it exists because someone performed the action advised against. That’s the case with this new warning against putting a Starlink satellite dish on your car’s exterior, an action that recently earned one customer a moving violation citation. 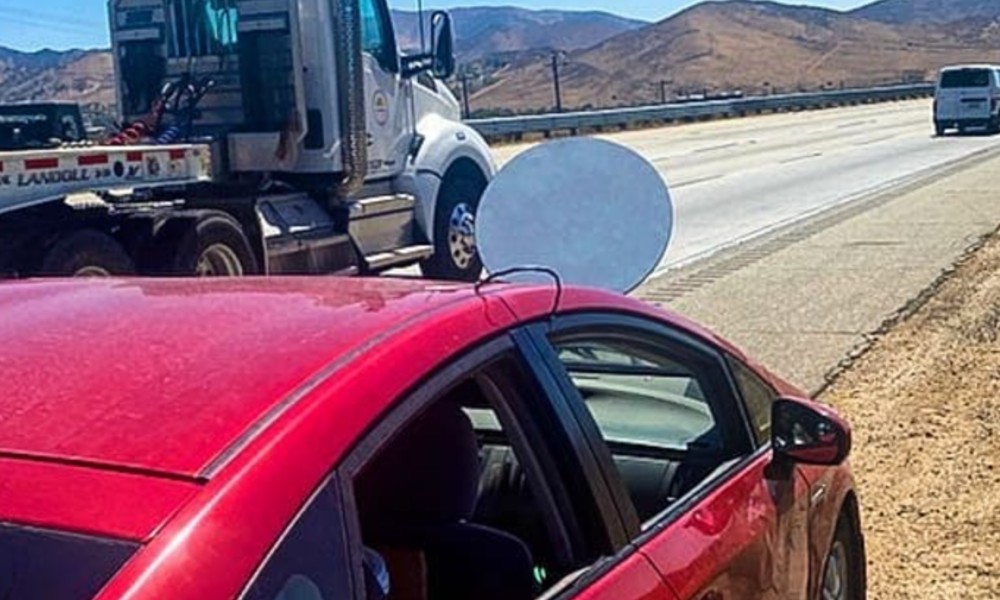 According to the officer who posted the images on the department’s Facebook account, he or she asked the driver whether the satellite dish on their hood made it difficult for them to see while driving. The motorist allegedly acknowledged that it did, but “only when [making] right turns.” That, of course, is a big safety problem and also a moving violation, at least in California.

Other states no doubt have similar rules on the books about what you’re allowed to mount on your windshield and other areas of your vehicle. Whether you could get away with mounting the satellite dish on the roof of your car is probably a question best left to your county’s law enforcement officials, but there is a better solution regardless.

Assuming you want high-speed Internet service in your car (to stream music, perhaps) and your mobile phone doesn’t have unlimited data, you can purchase an LTE or 5G hotspot and mount it somewhere safely inside of your vehicle. These hotspots can be plugged directly into your car’s USB port and will provide high-speed mobile data as long as you stay within the provider’s coverage area. Even better, you won’t have to worry about a large satellite dish breaking free and hitting the car behind you.