PSA: All your Wyze smart home tech will have problems tonight

If you own Wyze smart home devices and have a habit of staying up late at night, you may notice the devices becoming unavailable when you try to use them. This disruption will be caused by maintenance Wyze has planned, something that will impact user logins, the ability to sign up for new accounts, and the mobile app. As well, the company says its website will go into maintenance mode and some device functions will change.

Wyze is best known for its home security cameras, but it has many other smart home devices, as well, including connected light bulbs, surge protectors, smart plugs, and more. These devices connect to the user’s WiFi network and are accessible through the companion mobile app.

As well, Wyze enables users to schedule various functions — such as smart plugs turning on and off at specific times — and the devices may have features that involve sending push notifications and more. Many of these functions will be disabled or disrupted by the planned maintenance. 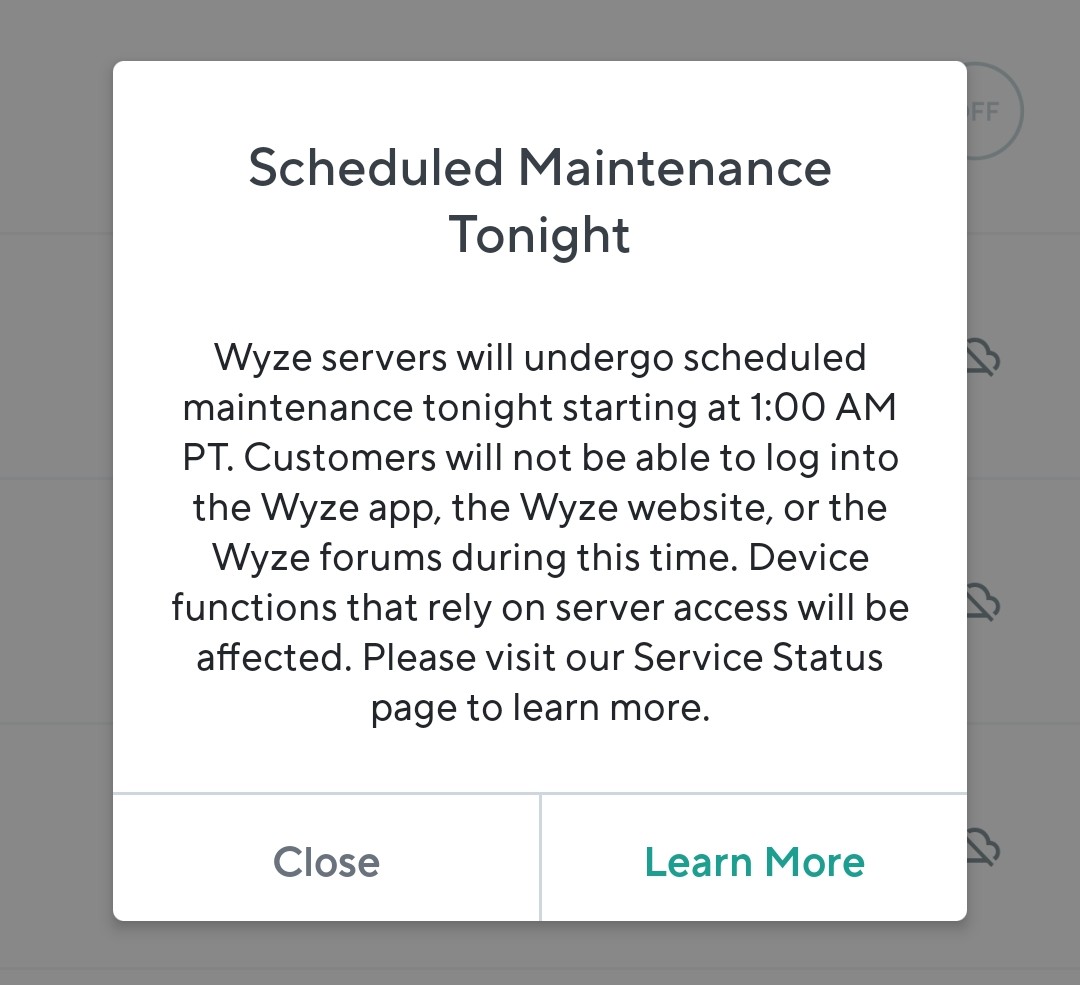 The downtime will start on February 3 at 1 AM PT / 4 AM ET, meaning most customers likely won’t be impacted by the maintenance. During this period of time, the company notes that Wyze Sense devices won’t trigger actions; Wyze Cam event videos won’t be available until after the maintenance is finished; Wyze Lock keypads will still work, but auto-lock and app unlocking won’t work.

As well, Wyze Thermostat owners will note that the thermostat still works during downtime, but that geofencing may not work and that data on the HVAC filter life and usage data will disappear. It’s unclear how long the maintenance period will last, but Wyze notes that ‘we’ll be back up and running as soon as we can.’