Ever since the world collectively realized that the plates on the sides of the PlayStation 5 could be removed, there’s been some degree of demand for custom fits and DIY alternatives. Several companies have to capitalize on that demand early only to meant with threats of litigation by Sony, and now we may know why. A Sony patent for PS5 side plates was made public this week. This may suggest that the company plans to offer custom plates of its own.

The design patent, which was first discovered by the folks over at OP Attack, is brief and to the point, as most design patents are. It mostly consists of illustrations showing off the PlayStation 5’s side plates from several angles. The final illustration in the patent shows the plates attached to a PS5 console.

The full text associated with the patent tells us that Sony filed for it on November 5th, 2020 – just a few days before the PlayStation 5 launched – but it wasn’t published on the USPTO’s website until November 16th. The claim for the patent is short and sweet, describing, “The ornamental design for a cover for electronic device, as shown and described.” 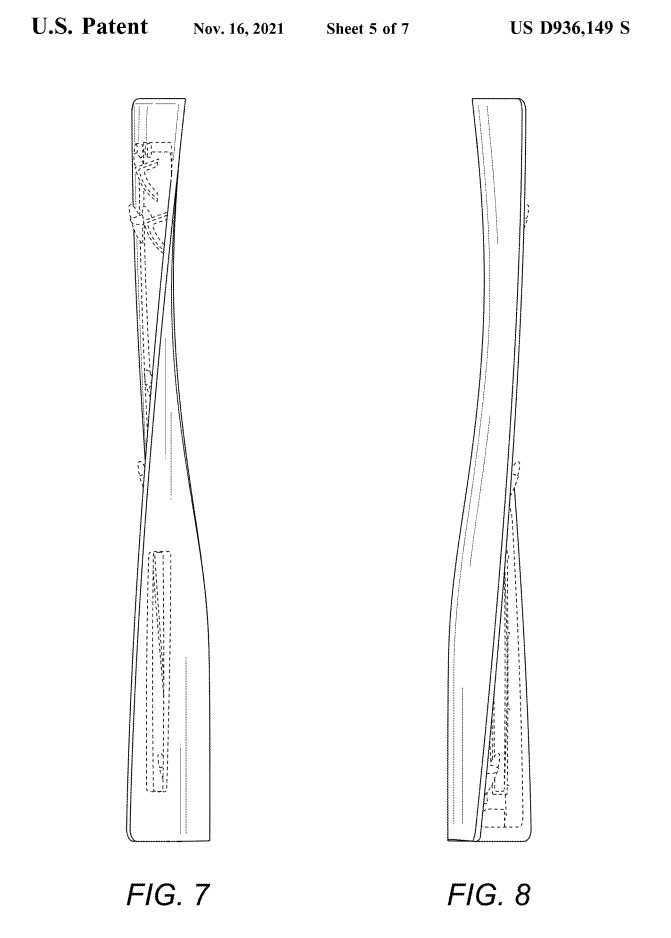 All told, the patent itself is to the point, but the illustrations make it very clear what we’re talking about here. Sony has, essentially, patented the side plates on the PlayStation 5, opening the door to not only launching custom plates itself, but also to potential licensing deals for third-party companies to create and sell their own.

Of course, we’ve known since the very first PlayStation 5 teardown that not only are the side plates on the PS5 removable but taking them off is necessary as the M.2 expansion slot and dust vents are housed underneath. The moment we saw those side plates come off, many of us assumed that we’d see custom plates before long, but a year out from release, there’s still a notable lack of them.

That’s not because companies haven’t tried. We’ve seen at least a couple of companies try their hand at offering custom PS5 plates only to be shut down by Sony. One company, named Platestation at the time, started selling its plates before the PS5 even launched. It was later forced to cancel orders after threats of legal action from Sony, once again before the PS5 was on store shelves.

Skin maker Dbrand also entered the fray with an offering called Darkplates but was forced to pull those under legal threat from Sony as well. After the original Darkplates vanished, Dbrand came back with a new version that featured an original design that trimmed down the overall size of the plates and added vents for better airflow. Darkplates are still available on Dbrand’s website, with the company as insistent as ever that these are legal, original designs that it can’t be sued over.

The fact that Sony has patented the PS5’s plates could potentially make the path to market easier for these companies through licensing agreements. Of course, the big question is whether or not Sony will offer those licensing agreements or simply opt to make its own custom faceplates. Hopefully, now that this patent is out in the open, it won’t be much longer before we find out.