This comes off as a touch too incredible to say the least, but Imagination Technologies, who makes the PowerVR chip powering smartphones like the iPhone, Droid, and Pre, states that smartphones will be able to have graphics performance on par with a PlayStation 3 console in about three years.

Gizmodo’s chat with the company reveals that future mobile PowerVR graphics cores are in development currently and will not only have much more realistic 3D detail, but will do so at 720p, output via HDMI to a TV.  When asked about what would be different about their chips coming in the future, Imagination said that will be more aware of multi-core system processors and will support OpenCL to offload some non-graphics tasks and speed up supporting programs.

Note that all this technology will have to be based on what hardware is going to be available in the phones released at that time. “A lot of this is still based on phone makers like Apple or HTC or Palm or Motorola to make these features available. But since most of the major phone manufacturers are going to have essentially the same chip, it’s in everyone’s self-interest to push as much power out from their phones as possible.” 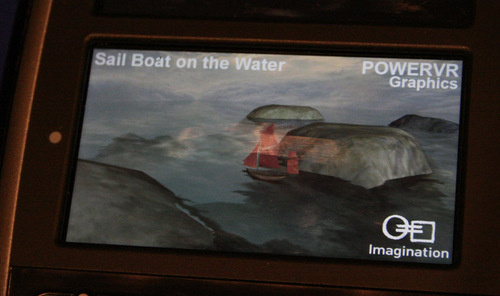