Sony’s PS Vita has gone through a rite of passage today, a teardown to expose its delicate guts: the consumer electronics equivalent of frat hazing. The new portable fell under the attack of iFixit‘s multitool set, but actually gets a thumbs up for most of its physical design: the screws are all standard, unlike Apple’s tendency to use proprietary ones on the iPhone, and many of the components are modular and thus easily replaced.

For a change, iFixit has also offered geek recipe: Baked PS Vita. It’s not for eating, mind, but to separate the front plastic – and the LCD it’s fused to – from the frame. 200 degrees F for 10 minutes is apparently all it needs to coax the Vita into being more pliable. 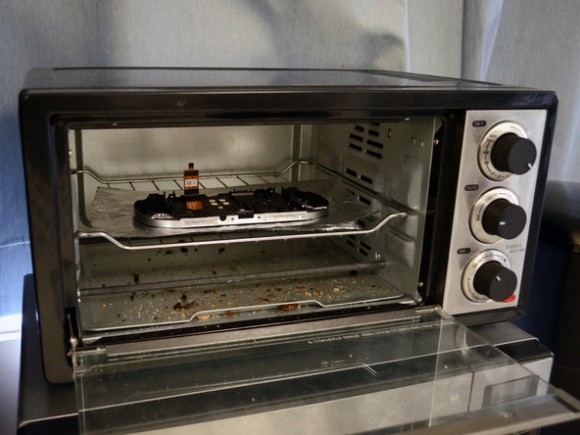 You’ll need a screwdriver to get to the battery, but again it’s a standard one rather than some tricky to find tool. In fact the only thing that earns major criticism is the display sandwich construction, which requires the recipe above.