Biomedical researchers and engineers have for years wanted to create the sort of prosthetic arm that Luke Skywalker used in the “Star Wars” film “The Empire Strikes Back.” The prosthetic arm in the film worked just like a human hand and looked like one as well. While that arm was science fiction, a team of researchers has created a prosthetic arm that is inspired by Star Wars and dubbed the “Luke Arm.”

Researchers at the University of Utah created the Luke Arm and say that it can mimic the way a human hand feels objects by sending the appropriate signals to the brain. Researcher Jacob George says the team changed the way information is sent to the brain, so it matches the human body.

The matching led to improved benefits for the prosthetic device. The researchers say that their system allows an amputee wearing the prosthetic arm to sense the touch of something soft or hard and understand how to pick it up and perform delicate tasks. One of the test subjects was a man named Keven Walgamott. 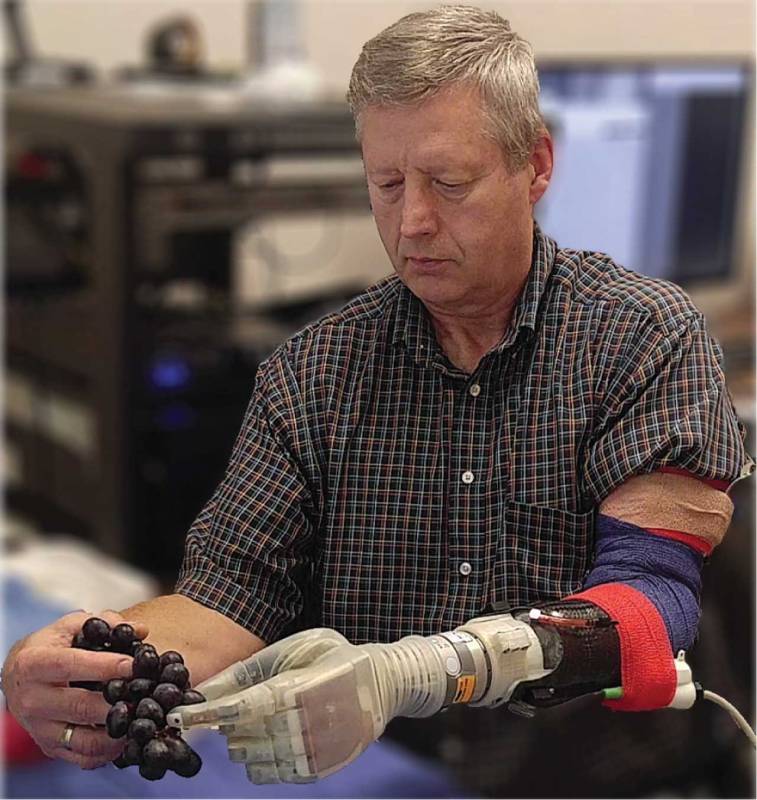 He says that using the Luke Arm in tests almost put him in tears because he thought he would never be able to feel in that hand again. He was able to do things like pluck a grape without crushing it and pick up an egg. He was also able to hold his wife’s hand with a sensation in the fingers, similar to that of a normal human hand.

The Luke Arm has been in development for 15 years and is made of metal motors and parts with a clear silicon skin over the hand. The prosthetic is powered by an external battery and wired to a computer. The prosthetic can tap into the wearer’s nerves using something called the Utah Slanted Electrode Array, a bundle of 100 microelectrodes and wires implanted into the amputee’s nerves in the forearm. The team hopes that in 2020 or 2021 three test subjects will be able to take the arm home to use, assuming the device lands its pending federal regulatory approval.