Google‘s dream MVNO service was proven to be real and the invites have started to trickle to some early testers, or at least for one lucky users in Los Angeles. But perhaps “lucky” is a relative term, as the sign up process for Project Fi reveals some wrinkles that Google’s announcement conveniently left out. While the promise of an affordable and fair network service might be drool-worthy for most, for the subset of those who have grown attached to their Google Voice accounts, that dream is quickly turning into a nightmare.

To put it bluntly, Project Fi is killing Google Voice no matter which way you look at it. On the one hand, it’s understandable that Google wouldn’t support both services when Project Fi stabilizes, but as early as now, those who want to sign up for Google’s new service will have to say goodbye to GV. It’s a one-way trip and there’s no coming back.

OK, Google actually gives you an option to either migrate your GV number over to Project Fi or get a new one. But no matter which option you go for, it will still result in Google practically closing down your GV account. In fact, if you opt to go for a new number, your GV number will be released and there’s no way to get it back. To add insult to injury, Google Voice users are pointing out that Project Fi doesn’t cover all the features that Google Voice offered, like being able to use Google Talk or Obihai devices, making calls or sending messages from computers using GV, etc. Of course, Google would have recommended that such users migrate to Hangouts anyway, but it remains to be a thorny issue.

Other fine details that needs to be ironed out is the Nexus 6 and the case of a BYOD scenario, which Google says is possible. Except for this particular user, who was taken through the process of having to buy a new one. There’s still some guesswork about this, with some speculating that Google knows that a user doesn’t have a Nexus 6 yet. 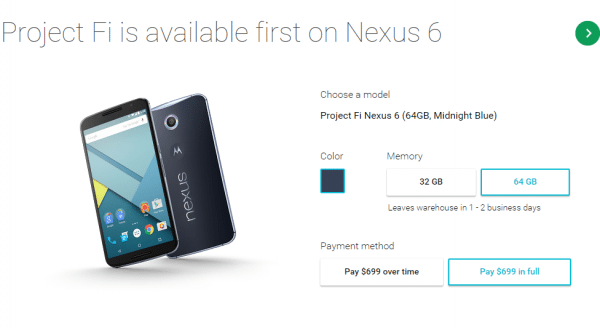 It is natural for something so young and so experimental to have a few bumps, but the finality of losing one’s Google Voice account forever is enough to put some would be testers off, as the Reddit comments so colorfully demonstrate. Google has yet to chime in on the matter.