It seems that Google is dead serious about pushing its modular phone concept into a commercial business as soon as possible. DARPA alumnus Paul Eremenko, who now heads Project Ara, has revealed that they are planning to commercially launch the intriguing and rather controversial product as early as the first quarter of 2015.

The idea of a modular smartphone, long the fantasy of many gadget geeks, captured the attention and the imagination of people when Phonebloks lead Dave Hakkens put up a video that quickly went viral. Seeing the amount of support that it garnered, the Advanced Technologies and Projects or ATAP group, under Google-owned Motorola, revealed that it had also long been working on something similar called Project Ara. When Google sold off Motorola to Lenovo, it kept ATAP, and, by consequence, Project Ara, under its belt, leading many to speculate that Google will push through with the module smartphone endeavor.

Just earlier, Google announced a developer conference revolving around Project Ara slated in April, as well as an upcoming Ara Module Developers’ Kit. It seems that the LEGO-like dream is well on its way to become reality. Comparing it to LEGO might be doing Project Ara a bit of an injustice. According to Eremenko, a fully functioning prototype will be ready within weeks, and it looks nothing like LEGO. Modules are 4 mm thin, unlike the image of large blocks of plastic that the LEGO name conjures up. All in all, the whole thing could reach as much as 10 mm in thickness, not exactly as thin as an iPhone 5s, but definitely not a big slab either. 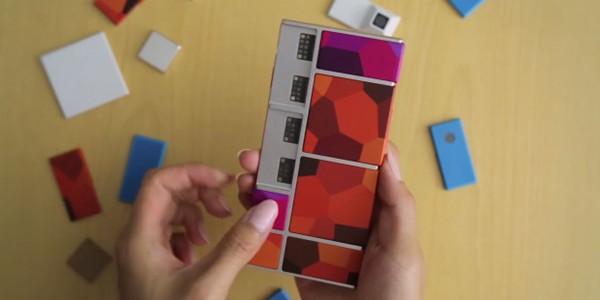 The way the final product will work, Google will be designing and selling the endoskeleton or endo, the aluminum frame that will hold the modules in place and connect each one via networking circuitry. The modules on the front face, where users will most likely put the display, will be secured by latches. The modules at the back, like battery, antennae, and others, will be held in place by electropermanent magnets, which can be locked and unlocked by an app. Enclosures can then be bought to cover the contraption or, in the best case scenario, personalized and 3D printed. Google envisions bare-bones versions, which it calls “grayphones”, will be sold in convenience stores for just $50. That version of the device will include an app that will help users decide on other modules to purchase. There will also be other places to buy and design such a module smartphone, like in mobile store kiosks.

Of course, Project Ara has its own share of detractors, calling it a pipe dream or a moonshot, something Google seems to be well-versed at. Others believe that it is not a feasible commercial venture, and the way the mobile industry works today, with all the hardware partnerships between component manufacturers and device manufacturers, that does seem to be the case. Eremenko thinks otherwise and believes in the adage, “build it and they will come.” Despite that, there are significant hurdles to be overcome, not least of which is actually bringing down costs down to that target $50 for a grayphone. For the members of ATAP, who are normally just given two years to work on a specific project, it is not only a fight against preconceived notions, it is also a race against time.