Aspark has announced the production version of the fastest accelerating car in the world will make its debut in Dubai. The car is called the Owl, and it will debut at the Dubai Motor Show. The Owl is the first Japanese fully-electric hypercar.

The vehicle uses four PMSM electric motors to make a total of 2012hp or 1280 kW. The car has a unique design that is meant to be based on elegance, beauty, and femininity. The vehicle was designed to meet the requirement of worldwide homologation.

Aspark promises a driving range of 450km per charge and a top speed of 400 km/h. The lithium-ion battery pack has a total power of 1300 kW and features a Battery Monitor System to keep all the power under control.

The chassis for the Owl is a carbon monocoque structure and made using the highest quality CFRP. The car has three levels of ground clearance, from 80 to 160mm, and four driving modes. It will be limited to 50 unit production run. The Owl is hailed as the fastest accelerating car in the world with a 0-60mph time of 1.69 seconds. The Owl has a height of 99cm, making it “probably” the lowest road legal electric hypercar in the world. 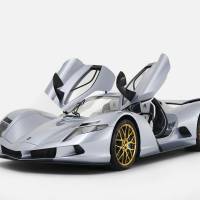 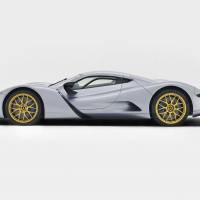 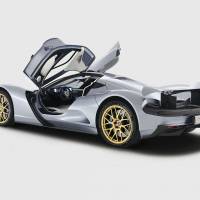 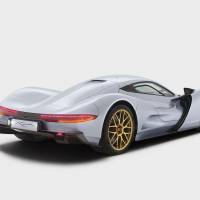 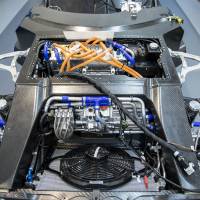 The production car has been changed for functionality with two external mirrors with cameras. The side glass is more functional with a cutline similar to the Lamborghini Countach or McLaren Senna. The car has an active rear wing that can be manually deployed and deploys automatically at 150 km/h and higher. The current battery pack is no slouch, but Aspark says its working to increase the charge capability in 2020. Pricing is unannounced, but the hypercar will be expensive.