There is no shortage of football, a.k.a. soccer in some countries, video games, but very few actually manage to stand out and stay on top of the others. Of these games, EA’s FIFA and Konami’s PES are probably the most renowned and purchased titles. That said, Pro Evolution Soccer or PES will be no more, at least not in the way we know it. Not only is Konami renaming it into a more generic “eFootball” brand, but it is also switching to a somewhat controversial free-to-play or freemium business model.

Konami defends its surprising decision by narrating how a change in the game engine changed more than just the visuals or the performance. It says that the new engine has gone beyond PES and has become a true virtual football environment, hence the unexciting name of eFootball. That game engine change, however, also opened new opportunities to unify the old PES into a single experience across all supported platforms.

eFootball will be available mostly in the same form on the PS5, PS4, Xbox Series X|S, Xbox One, Windows, iOS, and Android. More than just availability, however, the new game will also offer cross-platform matches, but not immediately. Konami shares a roadmap where those matches will open up slowly between generations of the same console platform, between consoles and PC, and finally between all devices.

The bigger news, however, is the switch away from a paid release to free-to-play. That term often makes some players and regulators uncomfortable, especially given the recent controversy around loot boxes. Of course, Konami promises a fair ecosystem where most of the game is available for free and only optional modes are sold as DLCs. 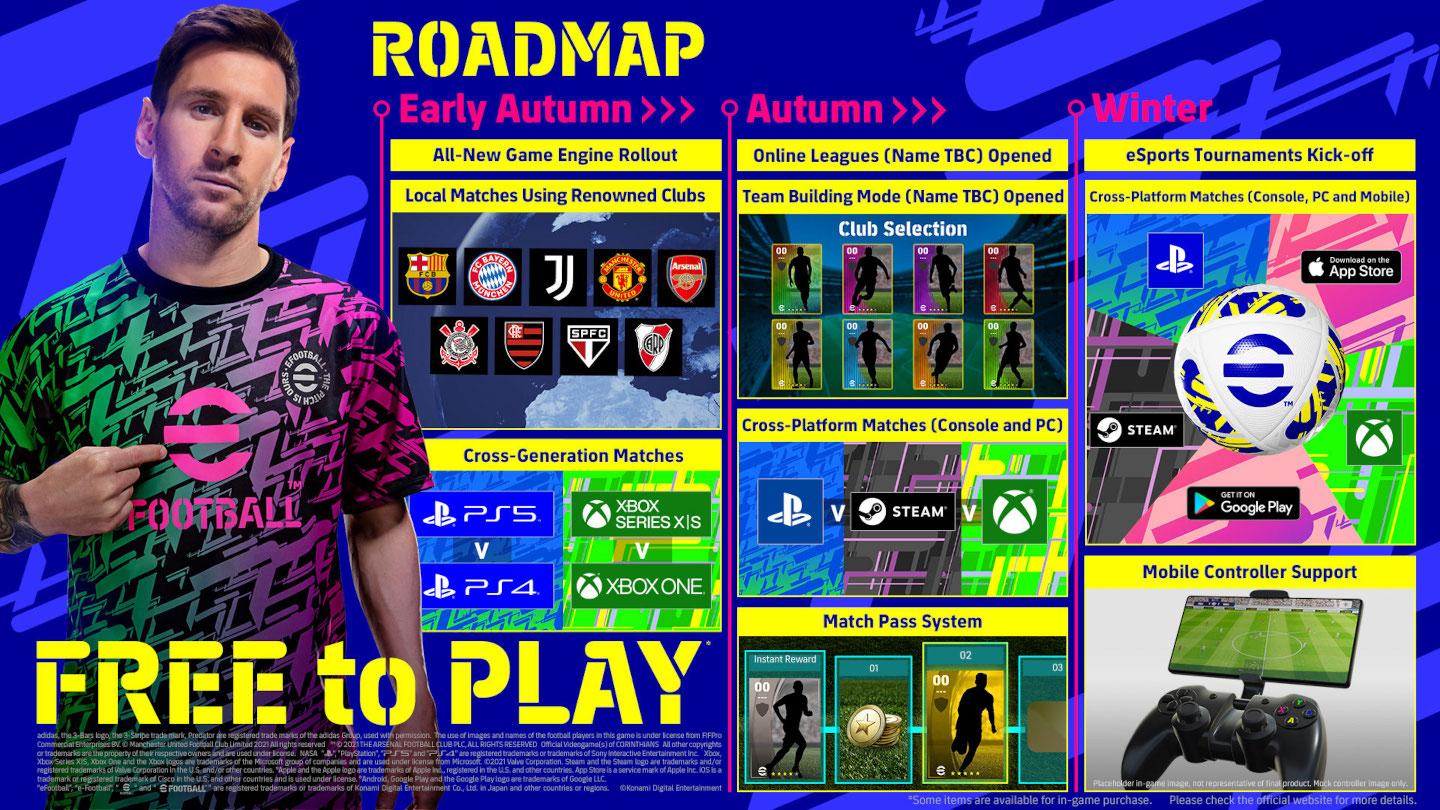 It remains to be seen how successful Konami will be in that balancing act, and it might be a long wait before that happens. Konami’s eFootball will land in early Fall with basic features like local matches using famous clubs. It won’t be until Winter where the full promise of the next-gen PES will be available for all football/soccer fans to try out.