Porsche has announced that it has opened a fast charging park that is located at the Berlin-Adlershof Technology Park. This car park has four customer parking spaces that are equipped with the Porsche charging infrastructure. Of those four spaces, two of them have new 800-volt charging technology that was developed by Porsche Engineering Services GmbH.

Current DC fast-charging stations for EVs normally offer charging at about 400 volts. That gives a charge time of between 40 and 80 minutes for cars that are able to drive about 400km per charge. By upping the voltage on those chargers to 800V users get a much faster vehicle charge.

Porsche says that its 800V chargers could recharge the batteries in an EV capable of driving 400km in under 20 minutes. The charging spaces support EVs that are fitted with the Combined Charging System connector. Porsche says that the Taycan will be the first production vehicle to feature 800V tech and will hit the market in 2019.

Porsche says that the build of the 800V charging infrastructure at that site is part of a pilot project that will test the innovative tech and gather experience for rolling out the same fast charging tech at other Porsche Centers. Porsche isn’t limiting the charging tech to its cars only. 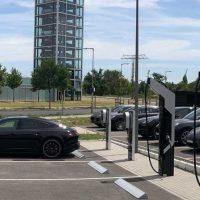 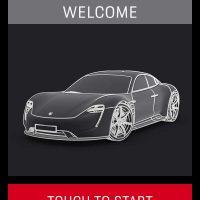 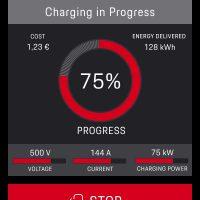