Porsche Tequipment is an arm of the sports car maker that builds accessories specifically for Porsche automobiles. It has revealed a new accessory called the Performance roof box developed using a comprehensive program of testing with the Taycan Cross Turismo. The testing program during the development used speeds up to 200 km/h.

Porsche says that testing for other models will take place in the future, and the luggage system will be available through Porsche Centers starting in May. The design of the Performance roof box was created with help from Studio F.A. Porsche. It features a counter-curve shape, and separation edge with the design based on the “form follows function” principle. 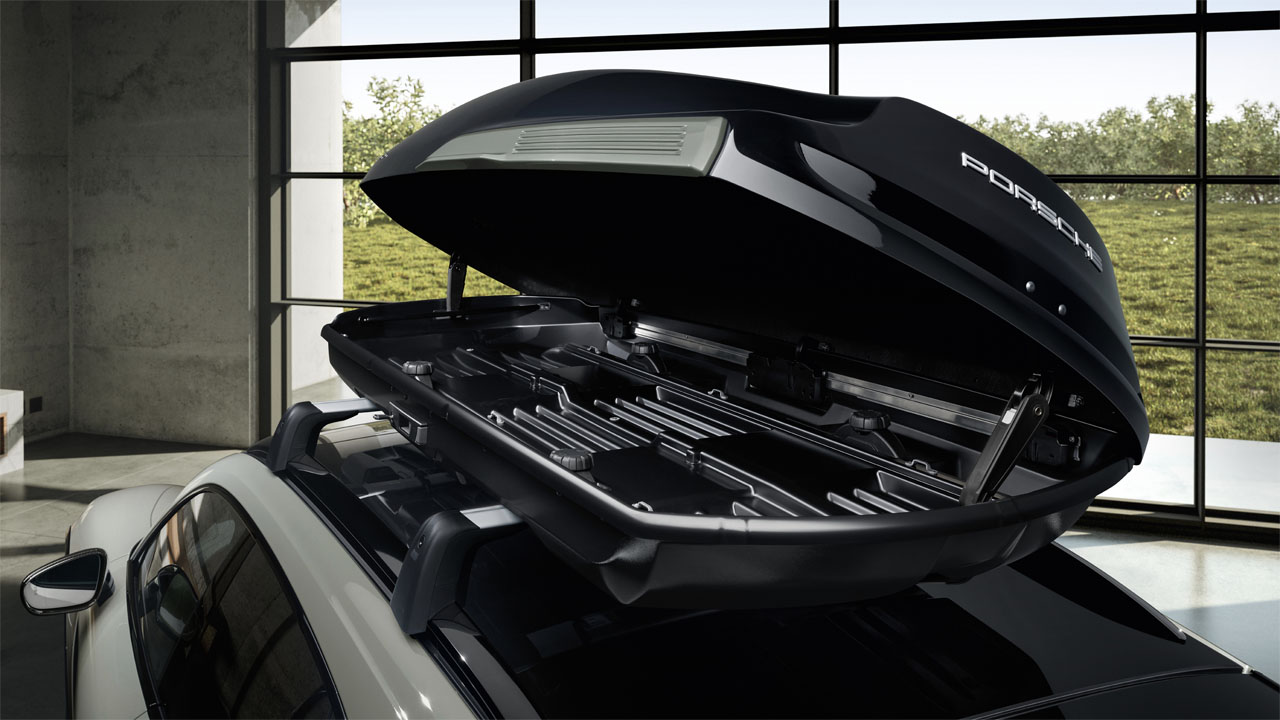 On the end of the roof box is a 3D Porsche logo in silver. Interestingly, designers of the Performance roof box designed the accessory just as an auto designer would a car using a 1:1 clay model in the early stages. Designers say physical prototypes help them determine if the design achieves the desired effect in the real world seen in 3D.

The clay models are also used for initial wind tunnel testing to determine the aerodynamics of the design. The roof box received the Performance designation thanks to being tested at maximum speeds of up to 200 km/h. Porsche says the accessory will meet the needs of owners of vehicles like the Taycan for carrying more luggage at high speeds. 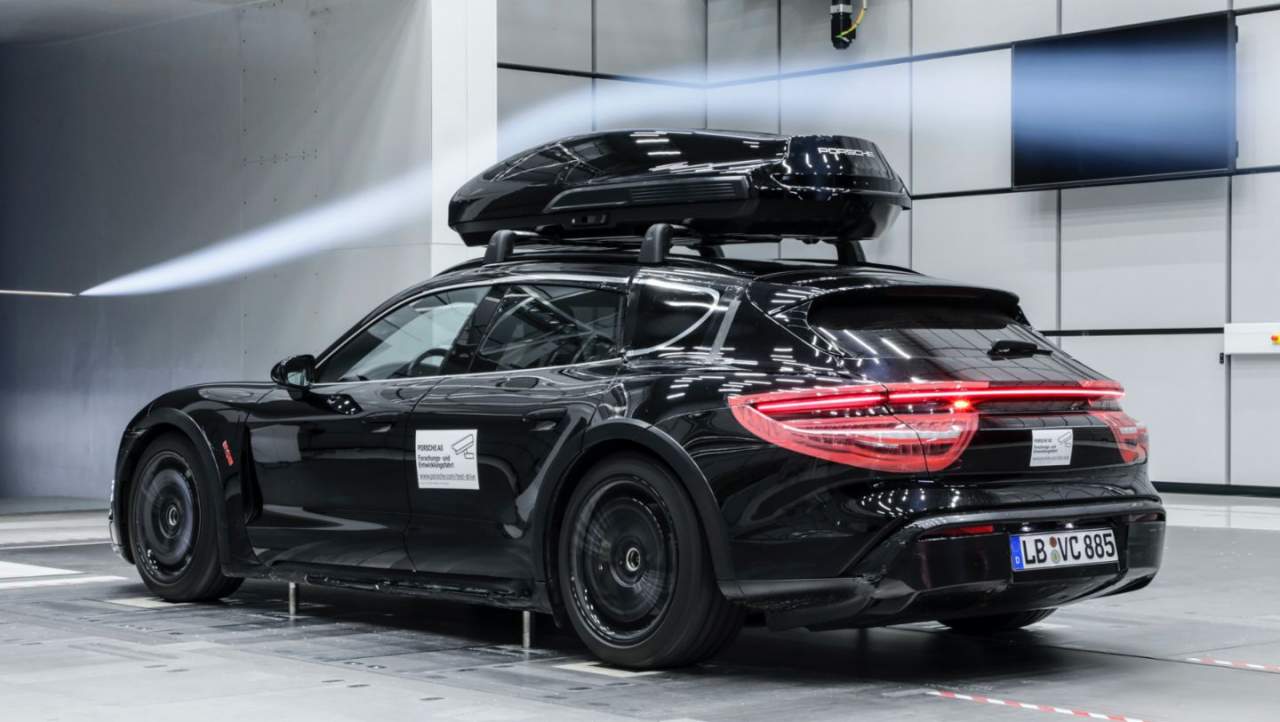 Porsche conducted driving dynamics tests to ensure the vehicle remained controllable even with the roof box fitted at high speeds. The box also proved the ability to survive tough conditions on the automaker’s rough-road track. Aerodynamics and noise development were also tested in the wind tunnel.

The Performance roof box measures 212 centimeters long, 92 centimeters wide, and 44.5 centimeters high. It has 480 liters of storage capacity and can support up to 75 kilograms. It’s also able to open from either side. The accessory launches this month at €1150 with colored side blades adding €350 and primed side blades at €200.