When the start of 2019 rolls around in Europe, the new 8th generation of the venerable 911 sports car will be available to purchase. As the launch of the vehicle draws nearer, Porsche is talking about its ramped up testing program as the final testing procedures are underway. Porsche says that this new test regime puts the cars under “a great deal of stress.”

The prototype 911 cars are moving between climate zones with temperature differences of up to 85-degrees Celsius, moving across elevation changes of more than four kilometers, and sitting in traffic in major cities. All of that routine testing is as the prototypes are flog around racetracks around the world.

Porsche says that every component of these cars has to perform as well at the end of testing as they did at the start. Every part of the vehicle has to be flawless says Porsche since the sports car is meant for daily use. Project manager for the complete vehicle of 911, Andreas Pröbstle, says that the drivetrain, fluids, systems, operating processes, and displays must all function without faults in testing.

Testing at first focused on the chassis and engine, which in the new model were enhanced for everyday use and performance. Function and stress tests have been performed on the “entirely new operating concept in the cockpit” including instruments and displays. Porsche took the new 911 to the Gulf States, Middle East, and Death Valley to test air conditioning, thermal management, and combustion behavior in those areas. 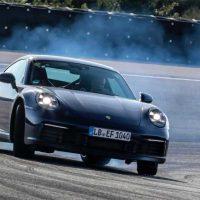 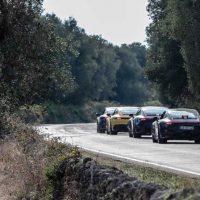 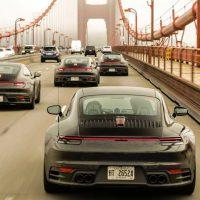 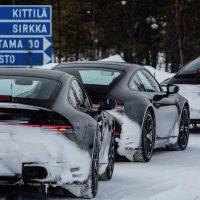 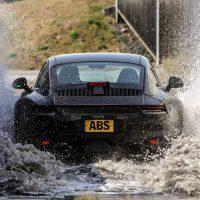 Cold area testing, such as in Finland, focused on cold starts, heating and air conditioning, traction, handling, and braking. The car was also tested in heavy traffic in China. As with most Porsche cars, the 8th gen 911 spent time testing at the Nurburgring and fast Italian tracks like the Nardo test tracks. Porsche also tested the car as it would be used in every day driving in Germany. All this testing is to ensure that the new 911 works everywhere as it was intended.