If electric performance cars are to work, fast charging needs to be more flexible and more prevalent, and Porsche believes it’s found the answer. Dubbed the Porsche “electric pit stop,” it’s a charging system built up of modular blocks that can adapt more readily to existing infrastructure, space constraints, and how many cars it might be expected to deal with.

The current system, Porsche argues, is awkward both aesthetically and in terms of the engineering. Every fast-charging cabinet contains all of the components required for charging: the transformer, galvanic isolation, power electronics, cooling, and connectivity. It’s bulky, and it’s expensive to deploy.

Porsche Engineering’s idea is based around FlexBoxes, 120 x 120 x 130 centimeter weather-proof housings. Each could hold the key hardware like that required for galvanic isolation, and then connect with multiple charging poles. A control server would be centralized at the single transformer station, again, rather than its functionality being duplicated across every pole.

The result is a modular system that consists of several different boxes that could be mixed together. The PowerBox, for instance, would convert low-voltage alternating current from a transformer station to direct current, before it gets distributed to the charging poles. The CoolingBox, meanwhile, would split out the liquid cooling system for those poles, and the power electronics. By separating it out, Porsche points out, it allows one of the noisier components of the charging infrastructure to be moved out of earshot. 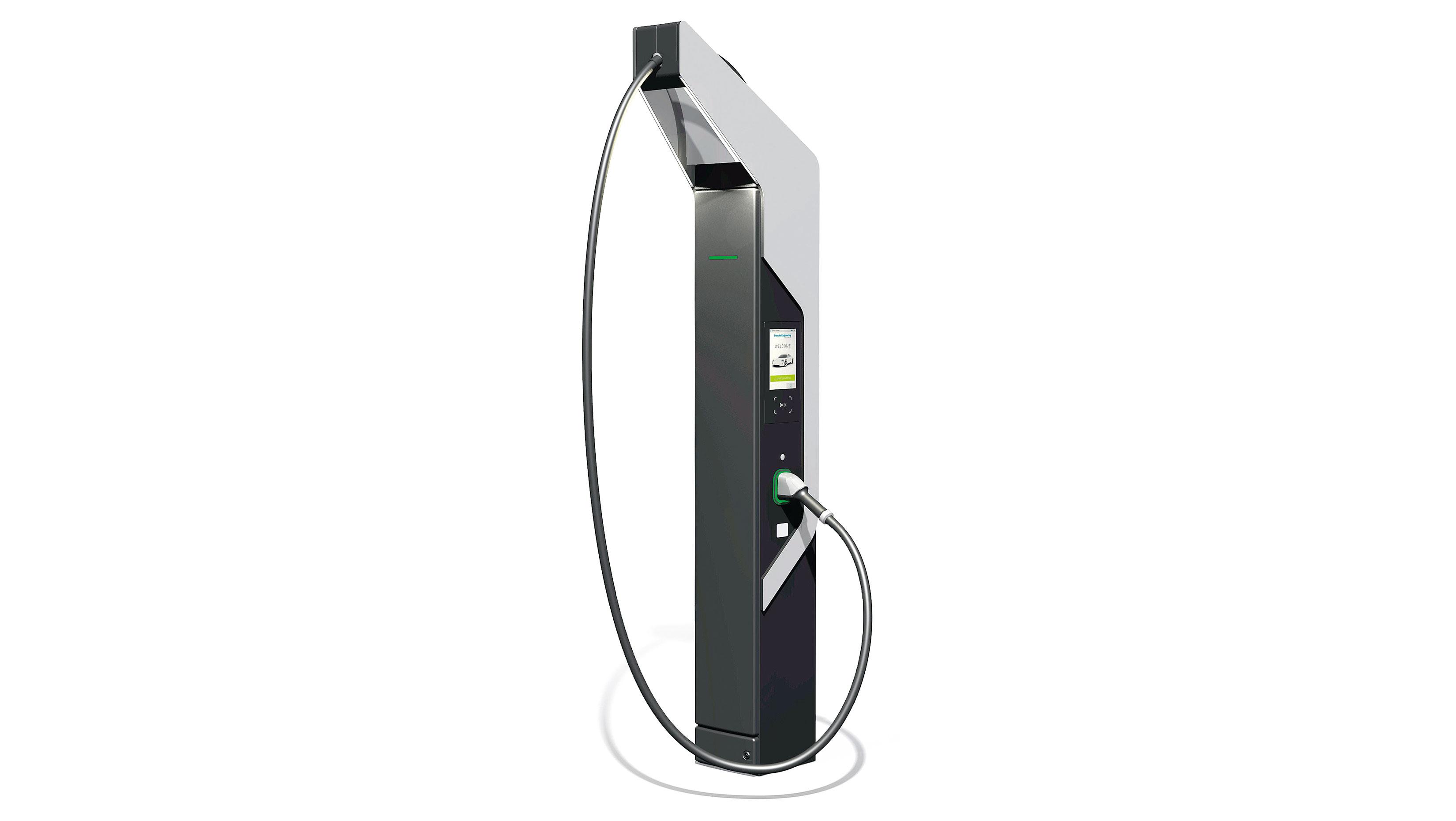 For smaller locations, there are systems too. The ComboBox, for instance, combines both PowerBox and CoolingBox functionality in one. A ChargeBox, meanwhile, works around limitations of the grid supplying the system, with a buffer storage battery that can supplement the regular supply. Porsche has two models, one with a 70 kWh battery and a 160 kW charging station, and another with a 140 kWh battery and two 160 kW charging stations, combinable for 320 kW.

The upshot for EV drivers, meanwhile, is a more elegant, easy-to-use charger. Porsche Engineering designed the charging poles to be fairly minimalistic, with a 10-inch touchscreen interface and an arching charging cable that suits different port locations across EVs from multiple manufacturers. Using CCS1/CCS2, though modifiable to support CHAdeMO or GB/T, it automatically adjusts the supplied voltage, from 800 volts at the top end for cars like the upcoming Porsche Taycan, down to more moderate levels for other vehicles.

Certainly, infrastructure remains one of the biggest headaches for potential EV drivers. Tesla’s Supercharger network, and the promise of cross-country travel always within range of a charging station, remains one the automaker’s key advantages over rivals. Porsche and the rest of the Volkswagen Group are collaborating with Electrify America, however, on DC fast charging stations that will supply cars like the Audi e-tron and Porsche Taycan. Whether they’ll look quite as handsome as the Porsche Engineering “electric pit stop” remains to be seen, though.