The AirPods may have been initially derided for their design but, just like any Apple products, they have become the new normal as far as True Wireless Stereo earbuds go. Despite their status, even AirPods fans still have a few complaints, including how easy it is to lose or forget the oh so essential charging case. If only there was a way to keep the AirPods case always with you as much as your iPhone. That’s exactly what PopSockets’ PopGrip AirPods Holder does by actually sticking the case to your iPhone’s back.

If you’ve seen those large obnoxious circles on the back of smartphones, you’re probably already familiar with the idea behind PopSockets’ products. Originally designed to be a place to wrap wired earbuds around, the company’s PopGrips have expanded from simple discs to better secure phones in one hand to even putting a wallet on your phone’s back. Now it’s doing the same for wireless earbuds, at least the AirPods kind.

The PopGrip AirPods Holder doesn’t replace your AirPods’ charging case but, in fact, holds the case inside. The idea is to stick the case onto the back of your iPhone using the same system that other PopGrip accessories utilize to have things jutting out of your phone’s rear. That way, you will never forget your charging case, as long as you don’t forget your iPhone, of course. Plus, you also have a way to securely hold the phone in one hand while texting or taking selfies.

As part of the PopGrip system, the AirPods Holder is actually detachable and swappable with other PopGrip “tops”. You can then put the Holder on other bases, be it behind your phone, on a desk, or even a card dash. 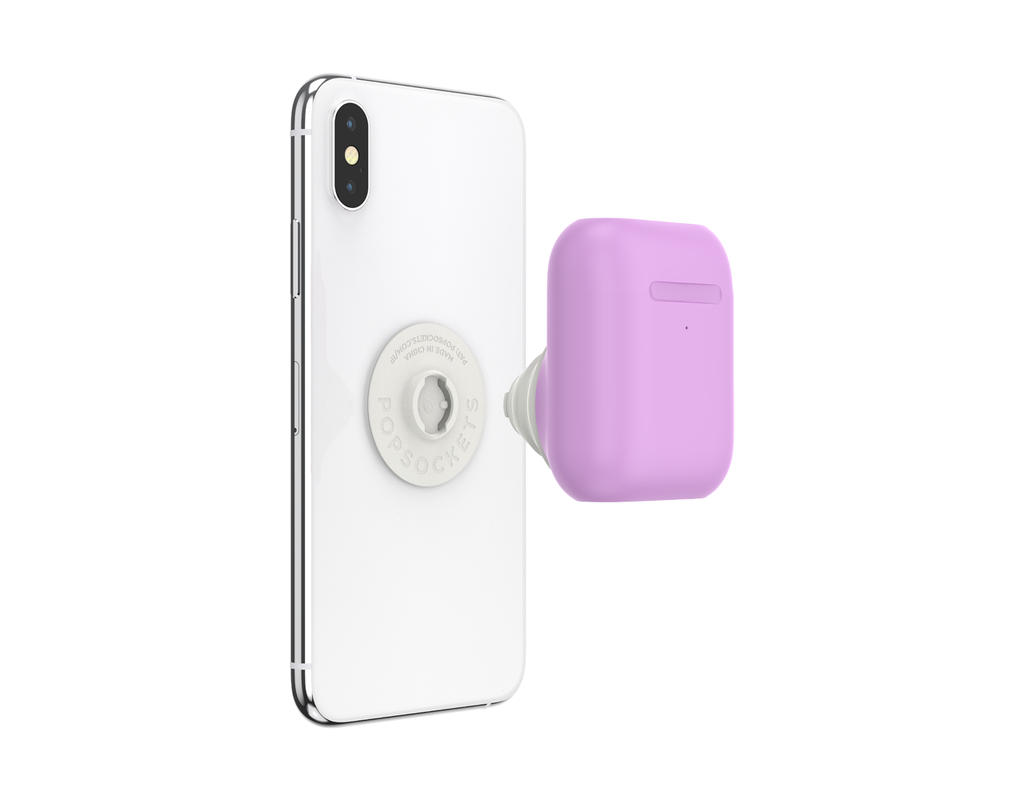 PopSockets PopGrip AirPods Holder only costs $20 though you could be paying more than just money for the strange looks you’ll get. Available in five color options, the holder is compatible with both the regular and the wireless charging cases. The latter can even be charged wireless while inside the holder.