PopSockets just made a knob for your beverage can

Easily one of the most Millennial companies in the world, PopSockets, just revealed a new sort of knob accessory for devices outside the mobile smart device market. The first PopSocket was a knob with a top that stuck to the back of a smartphone in order to keep headphone cords wrapped. Now the company is worth a couple hundred million dollars, and they want to make a “first foray into the food and beverage space!” Their words, not mine.

The next products from this company are the PopThirst Cup Sleeve and the PopThirst Can Holder. These products are super inexpensive to buy (at around $15 a pop) and likely super inexpensive to manufacture. They combine the retro feel of a custom-made beverage can cooler and the very hip, very wacky feel of holding on to something with a knob between your fingers. They’ll be exactly as useful as they look.

The first wave of PopThirst Can Holder and PopThirst Cup Sleeve accessories look like they’ll be working with standard designs owned by PopSockets. It would not be a shock to find the company expanding into licensed IP products in the near future. If they’re not knocked off first – we shall see! 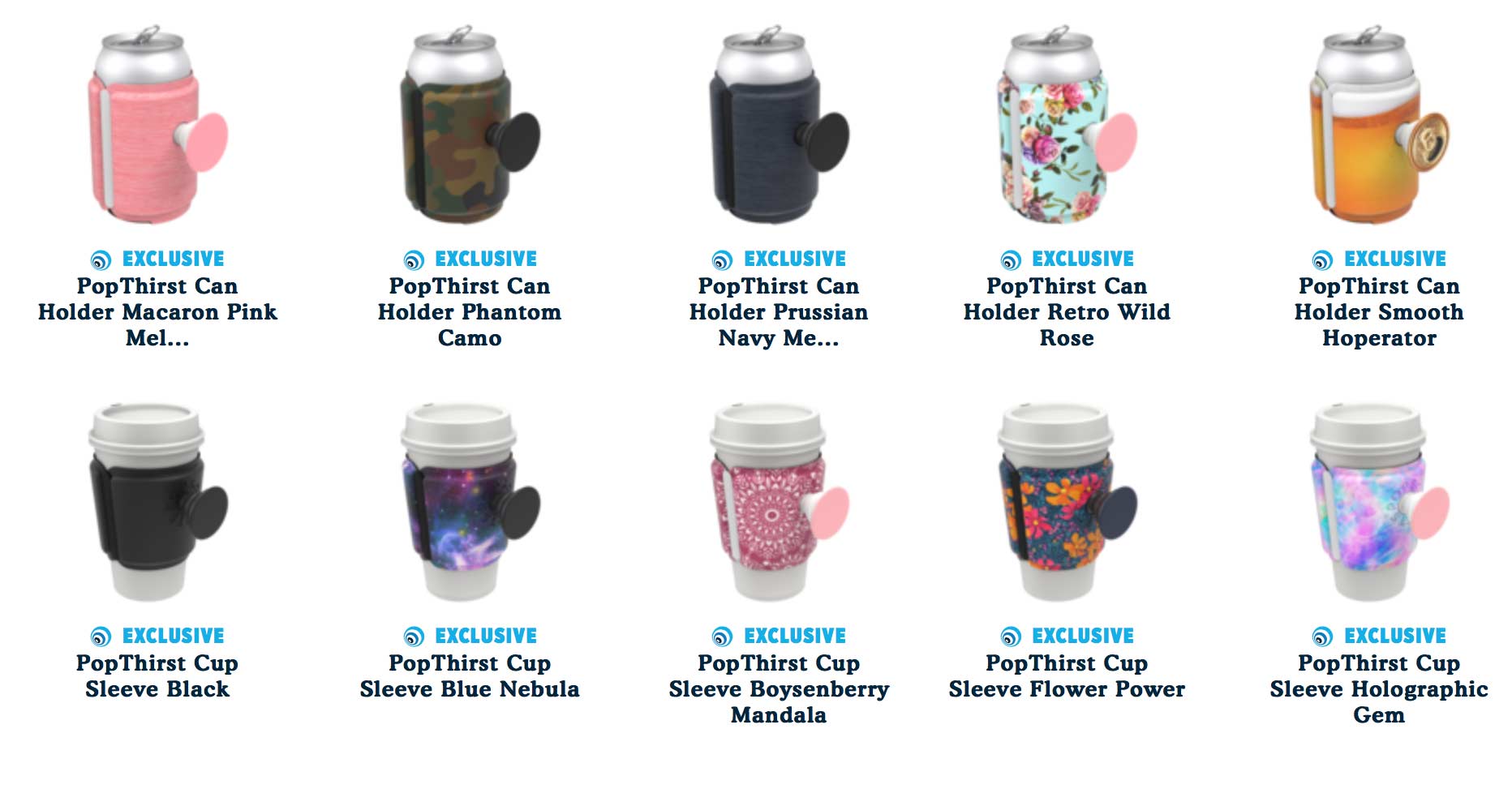 PopSockets were invented by a person whom the company describes as “a philosophy major who was looking for a solution to keep his earphones from tangling.” You’ve likely seen this accessory on smartphones aplenty – be they original-brand PopSockets knobs or 3rd-party knock-off versions of the original.

Their relatively simple construction and high potential for profit meant they were ripe for mass-production exploitation on the parts of no-name brands selling to (then from) gas stations and convenience stores around the world.

Now the company wants to bring their first-wave success into a new universe, starting with the beverage can. Again, the fact that their press release suggest this is their “first foray” into this space seems to suggest that this won’t be their last effort. Cross your fingers for PopHunger PizzaGrip PopSockets and Banana Holders – if only in our dreams!