Today we’re bringing you a list of alternatives to the original PokeVision map scanner for Pokemon GO. These are trackers – tracking the Pokemon that appear in any area the user wishes, anywhere around the world in the game Pokemon GO. With these maps, any Pokemon can be located at any time. Just so long as the user is patient with the area they’re in, it’s possible to find (almost) any Pokemon that could potentially appear in a given area – with these maps.

The list of PokeVision alternatives is always changing because Niantic does not want maps such as these to exist. As such, we must warn you ahead of time – if any of these maps connects with your Pokemon GO account directly, you may get banned from the game. That’ll likely be a temporary ban, but it could well be a permanent ban. Using these maps is against Niantic’s terms of service for Pokemon GO, so you’ll be left out to dry if you’re banned as such.

The first item on our list goes by the name Pokemap and is an Android app. This map is really great, if you’re willing to download the APK. Because this is an APK from a source that’s outside of Google Play, I need to warn you that it might not be 100% trustworthy. SlashGear takes no responsibility for the results of anyone downloading this or any other file linked through this article. 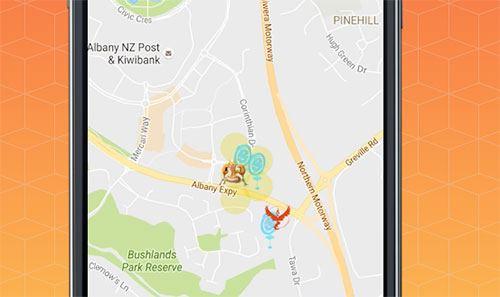 To access Pokemap, head over to PokemapGO and tap in. This app requires a version of Android released within the past several years and is currently being updated. That means it has support from the developer, who makes cash from advertisements on the site where it’s downloaded – none in the app itself.

PokeTracker for Pokemon GO: Map and Notifications (as it’s called) does not use your user account, but it does require that several accounts be made. These accounts are made through the app with a Captcha system – working with the Pokemon website to make accounts to scan. This process is relatively quick and painless and won’t put your main account in danger. 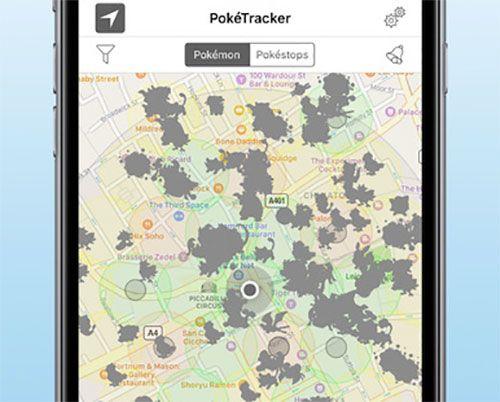 The only bummer about this app is the icons being shaded out to avoid copyright infringement from The Pokemon Company. This app gives users access to Pokemon in one frame and Pokestops and Gyms in another. Users are also able to filter Pokemon and get alerts when a certain Pokemon enters their scan zone. This app can be downloaded through the iTunes App Store.

The scanner called PokeHunter is currently the last-standing worldwide web browser-based scanner here in December of 2016. It would appear that monetizing this platform has become far too difficult for developers – mobile is where it’s at. This website seems to currently be under heavy load, which means that while it’s working, it’s working very slow. 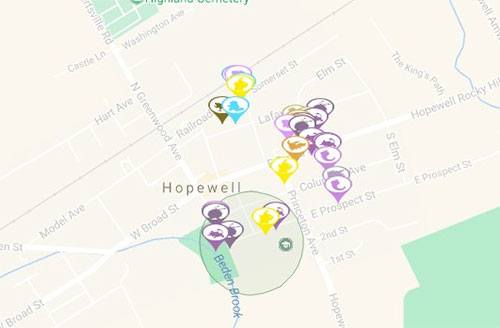 If the site begins to turn up no Pokemon at all, it may be that PokeHunter has bit the dust with the rest of the web-based scanners. There are other scanners out there, but only for small areas like Hong Kong and Ontario. Cross your fingers for larger scanning areas again in the new year!