A year ago, I reviewed Pokemon Sun and Moon and found that the changes they brought to the long-running (and in many ways stale) Pokemon series were great. After all, Pokemon is not usually a series that makes drastic changes from game to game. Though Pokemon Sun and Moon are completely different than Pokemon Red and Blue, that isn’t the result of some sweeping reinvention, but rather incremental changes that have been implemented over the course of the series. With Pokemon Sun and Moon, Game Freak rethought its approach and took more risks, and the results were very successful.

Pokemon Sun and Moon felt like a breath of fresh air, with their new island challenges taking the place of gyms and a number of quality of life changes making world navigation easier (and more fun) than ever before. Not only that, but they actually had a somewhat engaging story – something that’s rare in Pokemon games. In short: I loved Pokemon Sun and Moon, and I thought they represented a lot of positive change for a series that is often accused of playing it safe and relying on the same old tropes over and over again.

It shouldn’t come as much of a surprise, then, to hear that I love Pokemon Ultra Sun and Ultra Moon. Ultra Moon has eaten up most of my free time ever since I began playing it a couple of weeks ago, and I’ve had a blast exploring the Alola region again and seeing what’s changed. 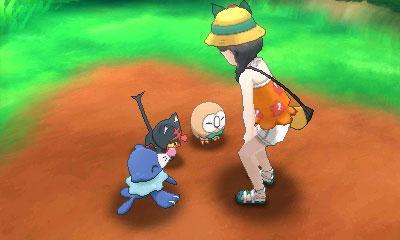 Here’s the thing, though: I love Pokemon USUM simply because it’s more Pokemon Sun and Moon. If you feel satisfied after one playthrough of Pokemon Sun or Moon, there isn’t going to be a lot for you here, at least not until the end-game. Do you feel like spending 40 hours playing a game that’s mostly the same just so you can experience the bulk of new content in Pokemon USUM? That’s a question most Pokemon fans are going to have to ask themselves.

READ MORE: Pokemon USUM make me excited for what’s nextIt isn’t as if all of the new content is locked away at the end of the adventure, but until you finish USUM, the pickings are certainly slim. The number of Pokemon that appear in the Alola region has expanded in USUM, which gives you the chance to build a different team and makes exploring each route and island exciting again for anyone who has played Pokemon Sun or Moon already.

The story has also been changed in these new games, and while that really doesn’t kick in until you’re into the post-game content, we do get a few tastes in the run up. Encounters with the Ultra Recon Squad are intriguing, if not a little mundane, and hints at big happenings with Ultra Wormholes keep you focused on the interesting sub-plot. For the most part, though, you won’t see any significant divergence until later in the story, and by that point, some Pokemon veterans may have already lost interest.

One new addition that I really like (aside from a first generation throwback on Ula’ula Island that I won’t spoil here) are Totem Stickers. Hidden around the world, these Totem Stickers give a collect-a-thon aspect to Pokemon and encourage you to look for them in every nook and cranny. Totem Stickers can be exchanged for Totem Pokemon, which is a cool little bonus on its own. Honestly, though, it was fun enough just finding the Totem Stickers to begin with, as it forced me examine the world much more thoroughly than I ever did in Sun and Moon. 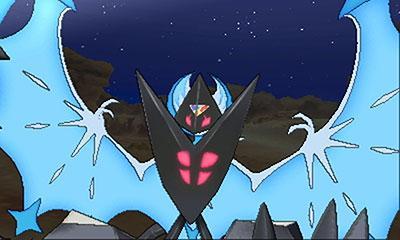 Aside from a mini-game called Mantine Surf (which is great but hardly a marquee feature), that’s pretty much all the new content you get until you’re into the end-game. Stick it out, though, and you’ll be handsomely rewarded, not only with a climax that focuses more on fan-favorite Ultra Beast Necrozma, but also with the opportunity to catch every legendary Pokemon released thus far. Obviously, these being Pokemon games, you’ll only be able to find half of the legendaries in Ultra Sun and other half in Ultra Moon, but between the two games, they’re all present and accounted for.

There’s also a handful of new Ultra Beasts to track down and capture, along with perhaps the coolest part about of Pokemon USUM: a showdown with Team Rainbow Rocket. Though its name is far from intimidating, Team Rainbow Rocket is a formidable group of all the major villains from previous Pokemon games. It’s great to see them all in the same game, and it really makes this feel like a proper send-off as Pokemon prepares to transition to home consoles for the first time in its 20-year history. 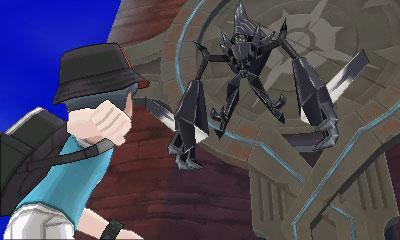 One thing to note is that Pokemon Ultra Sun and Ultra Moon seem to be a fair bit more difficult than Sun and Moon, and indeed, possibly any Pokemon game that came before them. This is great because the Pokemon series has come under consistent criticism from its older fans that the games are too easy, especially if you use all of the tools (like EXP Share) that are thrown at you.

While they’re nowhere near as brutal as some of fan-made challenges that are popular among Pokemon fans, the bump up in difficult was definitely appreciated, and there were more than a few times where I was taken by surprise by a tough battle. Hopefully we see more of this in the future, but if Game Freak isn’t planning to ramp up the difficulty of Pokemon games over time, then I’ll just use this as opportunity to request a harder (yet optional) game mode, which is something that the series as a whole could benefit from.

As you can see, even with the extra content counted, Pokemon Ultra Sun and Ultra Moon aren’t vastly different from their predecessors. There’s a lot of fan service here, and that’s great for players who have stuck with the series since the beginning, but ultimately you have to consider that you’ll be paying for a game that is very similar to Pokemon Sun and Moon for the majority of its narrative. 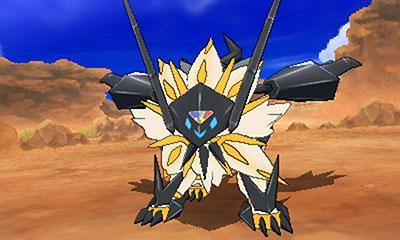 For die-hard Pokemon fans, these games are definitely safe buys. The appearance of Team Rainbow Rocket, the addition of new Ultra Beasts, and the fact that Game Freak went all out with legendary Pokemon is enough to get any Pokemon veteran excited.

Just as well, if you enjoyed what Pokemon Sun and Moon and the Alola region had to offer and you don’t mind a second visit, Pokemon USUM probably won’t disappoint. Despite the fact that USUM are mostly the same as Sun and Moon, I’ve been having a ton of fun, but it’s important to keep in mind that I’m not exactly a casual fan – I’ve been doing this stuff since the ‘90s and it somehow hasn’t gotten old yet.

If you are one of those casual fans, you can probably skip Pokemon USUM. I just don’t know that there enough changes to the core game to make a second romp through Alola worth it for someone who isn’t obsessed with Pokemon. If you feel satisfied having completed Pokemon Sun or Moon, you can hold off on their Ultra successors – after all, these final 3DS games are merely the appetizer as we wait for Pokemon to make its transition to the Switch sometime in the next couple of years.